Jacoby Brissett will start at quarterback for the Miami Dolphins against the Las Vegas Raiders, with the team holding out Tua Tagovailoa after it was confirmed he had sustained fractured ribs against the Buffalo Bills.

Tests confirmed that Tagovailoa sustained fractured ribs during last weekend's shutout loss to the Buffalo Bills, which the 2020 first-round pick exited after just eight snaps having been on the receiving end of a thumping hit from defensive end AJ Epenesa.

"We decided to run some more tests, we ran them, and we got this information," Flores told the media. "It's unfortunate. I don't want to put a timetable on it. He's taking it day to day.

"This is a tough kid, he wants to play, he's actually trying to play and we're just going to save him from himself on this a little bit, hold him out this week and then take it week to week from there." 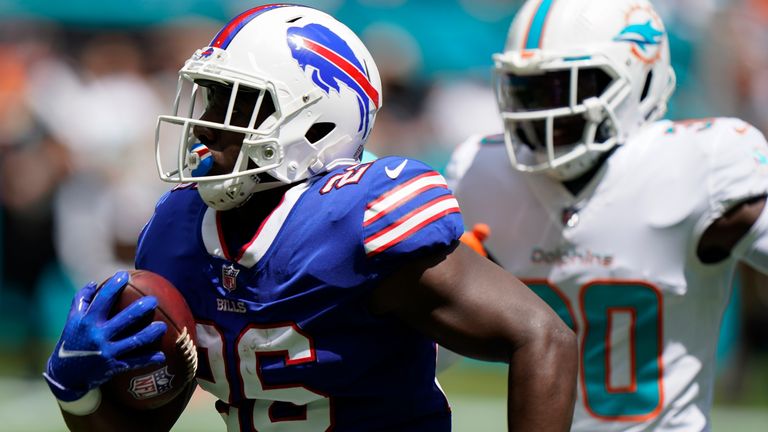 It's an unwelcome pause in play for Tagovailoa amid his effort to build some rhythm with new receiving weapons at a time when he continues to face heavy scrutiny over his credentials as a long-term option.

Though questions have naturally gravitated towards the Alabama product, the Dolphins porous offensive line remains the team's most pressing concern right now.

Jacoby Brissett will start under center against the Raiders having finished 24 of 40 passing for 169 yards and one interception after replacing Tagovailoa on Sunday.

After visiting the Raiders the Dolphins host the Indianapolis Colts before taking on the Super Bowl champion Tampa Bay Buccaneers on the road.