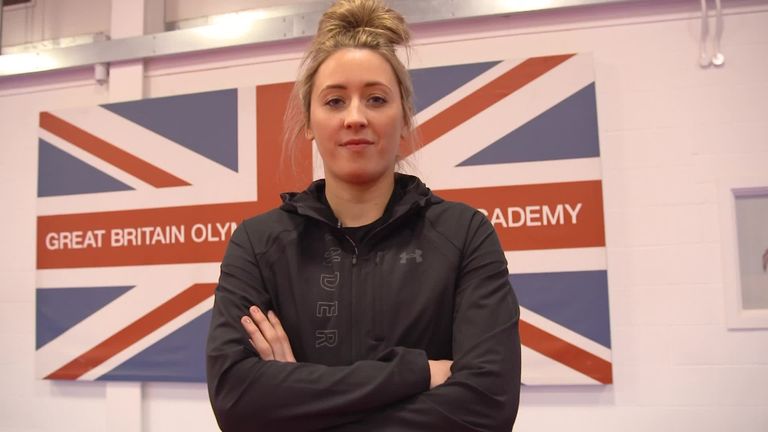 The careers of athletes are ultimately defined by their performances on the biggest stages under extreme pressure. Can you deliver when it counts?

Two-time Olympic gold medallist Jade Jones has proven herself to be a winner, but continues to long for more success in taekwondo.

Jones, 26, can become the first British woman to win three Olympic titles in succession this summer in Tokyo.

From her introduction to the sport by her grandad as a "cheeky" and "naughty" eight-year-old, Jones - from Flint in North Wales - has risen to the very summit of her sport.

Last May, Jones ended her wait for a first World Championships gold, in the -57kg weight category, doing so in front of a home crowd in Manchester.

Asked whether there has been a change in mindset since becoming a world champion, Jones told Sky Sports News: "I just proved to myself that even if I have had a couple of losses, when it counts on that one day I really want it, I can do it and I am still the best.

"That is what is good about me. I deal with the very highest level of pressure. The more the pressure, the more I thrive and enjoy it.

"I am hoping that Tokyo is going to be a mad amount of pressure so hopefully I can do the same again; thrive under that pressure and perform to my very best."

Had she never become world champion Jones says she wouldn't have felt fulfilment in her career.

"I knew I was going to be competing until I won the World Championships," Jones added.

Jones, who won her first Olympic title and Britain's first Olympic taekwondo gold at the age of 19, was honoured with an OBE in the New Years Honours list, following her elusive world title.

"It just seemed surreal to me, a girl from Flint going to Buckingham Palace to receive an OBE," Jones said.

Despite regular success during her career to date, Jones admits athletes always want more: "The goalposts move and you always want something else."

The prospect of making history in Japan later this year is exciting, rather than daunting.

"I have already won two Olympics, World Championships so I am really lucky, just blessed to be in that position," Jones said. 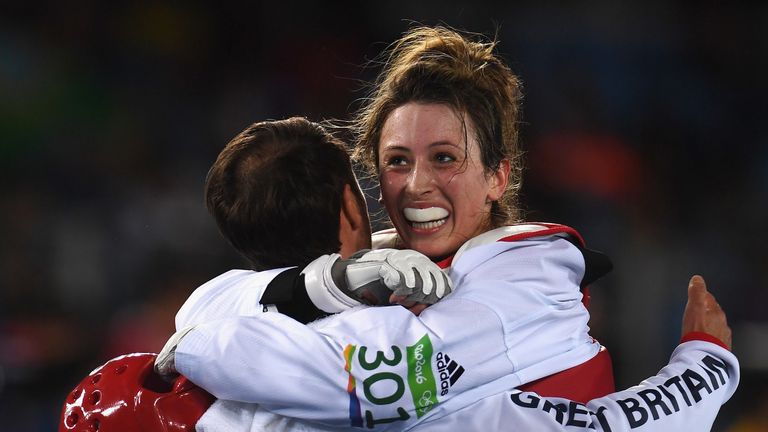 "I believe I can win in Tokyo and make history"

"To still only be 26 and going for my third Olympic gold with the chance to make history is just really exciting.

"I still feel like I have got so much to learn and so much I can improve from now until the Olympics. I am really excited to see what place I can be in.

"I believe I can win in Tokyo and make history. It's just getting there now and doing it on the day. Hopefully it happens."

Jones is speaking after another punishing training session, including practice fights against her British male counterparts, at the National Taekwondo Centre in Manchester.

Bianca Walkden, who Jones has shared accommodation with for a decade, and fellow Welsh athlete Lauren Williams also all train at GB Taekwondo HQ.

Jones, who finally joined her friend Walkden as a world champion, has endured contrasting expectations going into her previous two experiences at the Olympics.

"Rio was a different experience altogether. I remember just feeling the pressure of this one whereas London was like 'Mission Impossible'," she admitted.

"[Before Rio] I had been unbeatable all year so it was like if I didn't win the Olympics I would have felt it was the biggest failure ever.

"I remember before the semi-final at Rio actually being in tears because there was that much pressure on me.

"So when I won it was kind of more relief - thank god I have done it.

"But then in the aftermath, once I had looked back on it, I just couldn't believe I had managed to retain the title."

Jones insists she can't contemplate what her career holds beyond Tokyo, as she aims to go "all guns blazing" in search of a third successive Olympic title.

Sarah Stevenson, who won Britain's first Olympic medal at Beijing in 2008, acted as the source of inspiration for Jones at the outset of her junior career.

Twelve years on and Jones, who has not ruled out competing at Paris in 2024 in the past, hopes she can leave a lasting legacy in the sport, whenever she does decide to call time on her career.

"Obviously, it would be amazing to have made true history and done something that no one has ever done and really planted my mark," Jones said.

"Other than that I just want to be a role model and show if you dedicate your life to something and give everything you have got what can come of it.

"Hopefully it can inspire lots of other athletes to try and be the best they can be in their sports."