British Olympic Association chairman Hugh Robertson has revealed efforts to release six Team GB athletes from quarantine are stalling; the six individuals are allowed to train but must remain in their rooms at other times; number of positive tests among all Games personnel passes 100

The British Olympic Association's bid to spring six affected athletes out of enforced quarantine at their training base in Yokohama is falling on deaf ears, chairman Hugh Robertson has conceded.

The six, all members of the Team GB athletics squad, are midway through their two-week isolation after being informed last week that they were considered close contacts of an individual who tested positive following their flight into Japan.

The affected athletes are allowed out in order to train alongside their team-mates at the Team GB base and have been promised their participation in the Games itself will not be compromised provided they continue to submit negative PCR tests.

But they must otherwise remain inside their single-occupancy rooms, where they must take their meals, a situation Robertson acknowledged is far from ideal.

"We are working on it on an hourly basis, but I would be lying if I said we were making progress," Robertson said.

"We've succeeded in getting a concession that even though they are in quarantine they can train - athletes from other NOCs are sitting in their hotels.

"It is rotten for them and incredibly difficult but they are in a better position than others. The rules we operate under are changing on an almost daily basis.

"Have we got everything we wanted? No. But are we grateful they can continue to train? Yes, we are."

The frustration of the six affected athletes was made plain in a now-deleted tweet by steeplechaser Zak Seddon, who wrote: "We've been stuck inside for six days now with 11 negative tests and all double vaccinated

"Shocked we're not allowed back into a Covid-safe environment." 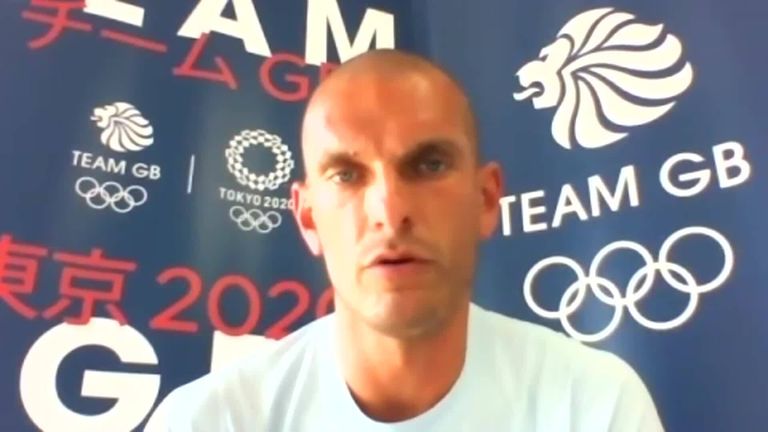 The number of positive cases affecting individuals with Olympic accreditations rose by 19 on the day of the opening ceremony, taking the number who have tested positive since July 1 past the hundred mark.

Three of the latest to test positive were athletes, one of whom was residing in the Olympic Village. One was an athlete from the Netherlands while there were two more cases confirmed by the Czech Republic, taking the number of positives in the Czech camp alone to six.

Road cyclist Michal Schlegel was the sixth member (and fourth athlete) of the Czech Olympic team to test positive for Covid-19.

The team confirmed on Thursday they are investigating the outbreak's link to their chartered Tokyo flight.