Tom Dean earns 200m freestyle Olympic title in Tokyo with time of one minute 44.22 seconds; Duncan Scott adds to his two silvers at Rio 2016 with another in the pool; Duo become the first British male swimmers to share a podium at the Games since 1908

Tom Dean stormed to victory in the men's 200m freestyle and Great Britain were left to celebrate a famous one-two after Duncan Scott collected silver at the Tokyo Aquatics Centre.

Dean, who twice contracted coronavirus last year, was third heading into the final 50 metres while Scott was down in sixth at the halfway stage, but the pair finished strongly.

Dean finished in a time of one minute and 44.22 seconds, edging out his British compatriot by 0.04secs, with Brazil's Fernando Scheffer claiming bronze a further 0.4s back. Scott, a bronze medallist over the distance at the 2019 World Championship, was heavily fancied coming into this showpiece after setting the quickest qualifying time in Monday's semi-finals, with Dean fourth fastest.

But Dean was into his stride almost immediately from lane six and after pipping his GB team-mate, he raised both hands and stared at the screen confirming his win almost in a state of disbelief. 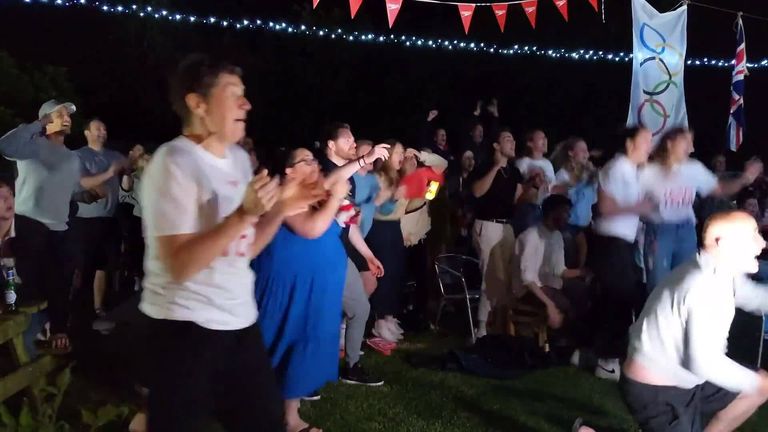 South Korea's Hwang Sun-woo was under the world record time at the 100m mark but faded, ending up seventh overall, as the British pair powered towards a spectacular finish.

This result marks the first time two British male swimmers have shared an Olympic podium since London 1908 when Fred Holman and William Robinson won gold and silver in the 200m breaststroke. 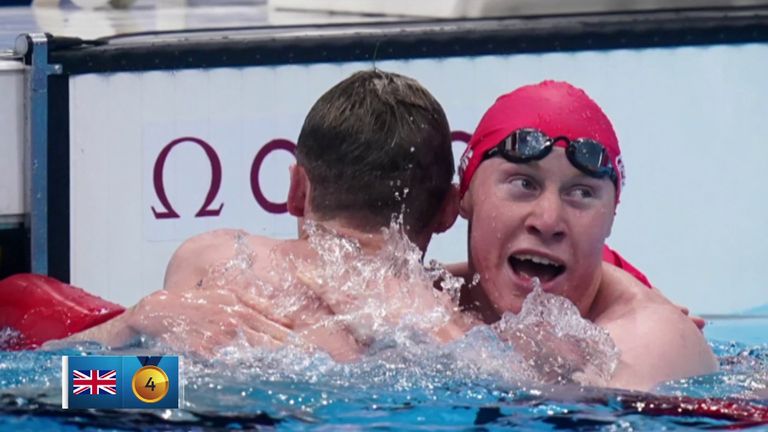 21-year-old Dean's gold was Britain's third in aquatics events so far at the Tokyo Games after Adam Peaty's success in the 100m breaststroke and Tom Daley's triumph with Matty Lee in the men's synchro 10m platform diving final on Monday.

Dean, taking home a gold medal at his debut Olympics, said: "I knew it was going to be a dogfight. I didn't know how people were going to swim it. "I just want to say thanks to everyone back home. I'm just lost for words. It's amazing."

Scott, who earned a third Olympics silver medal on Tuesday to add to his two at the Rio 2016 Olympics in the 4 x 200m freestyle relay and the 4 x 100m medley relay, was beaming with pride for his gold-winning team-mate.

He added: "A massive credit to Dean. That was unbelievable. Olympic champion. He's come along so far in the last 18 months, it's a pleasure to watch.

"The journey I've been on with him since I was about eight years old has been phenomenal. I'm just buzzing for Deano to be honest."