Jordan Abdull scores late drop-goal to give Hull KR their first win of the season; Ben Crooks scores the fastest try in Super League history; Huddersfield come from 18-0 down to lead but are denied late on 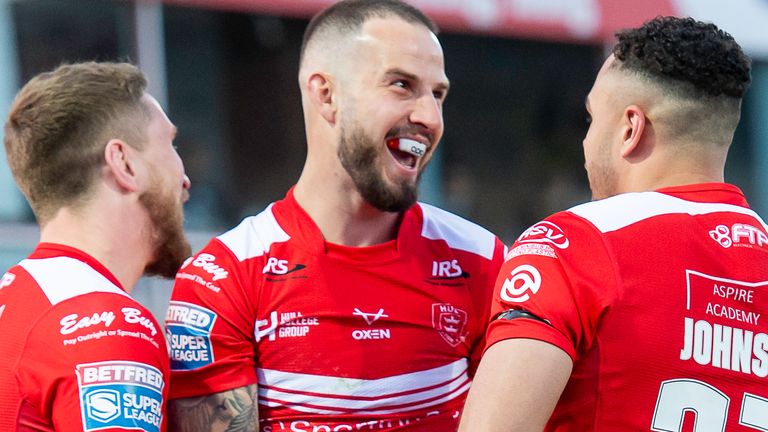 Ben Crooks scored a contender for the fastest try ever in rugby league as Hull KR claimed a thrilling 25-24 Super League success over Huddersfield.

Rovers had lost by a single point to Catalans in Super League and Castleford in the Challenge Cup but this time Jordan Abdull's late drop-goal saw them edge their way to victory.

The world record stands at 7.3 seconds to Wigan St Pats player Dean Hatton in May 2015 but that took a year to be ratified as a Guinness World Record and Crooks' score was certainly the fastest ever try in Super League. 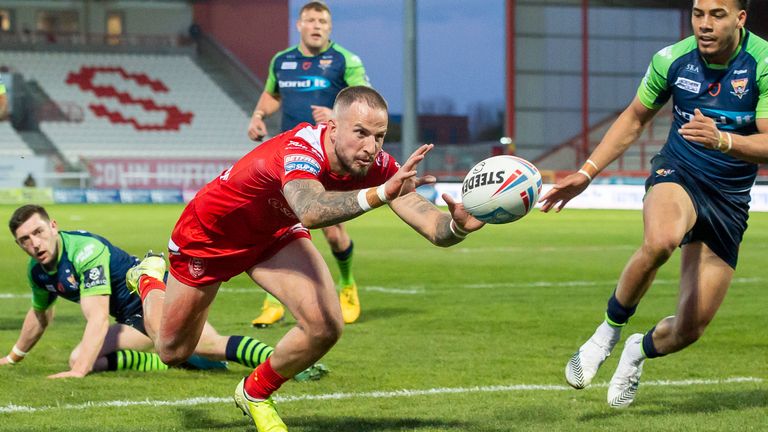 Rovers took the lead straight from the kick-off by Abdull which was not dealt with by the visitors' defence and Crooks nipped to claim the bouncing ball and dive over the line. 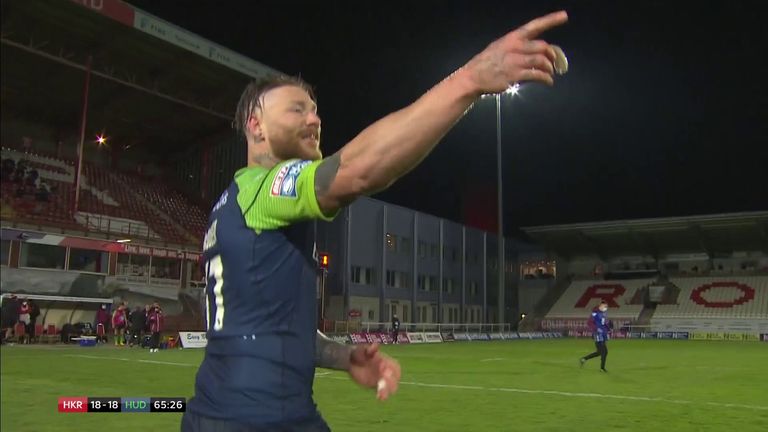 The clock read seven seconds and Abdull's extras gave the home side the perfect start for a 6-0 lead.

Sims was replaced by Albert Vete but the home side had claimed possession before the stoppage. From the next set, Rovers forced a penalty which Abdull kicked from in front of the posts to make it 8-0. 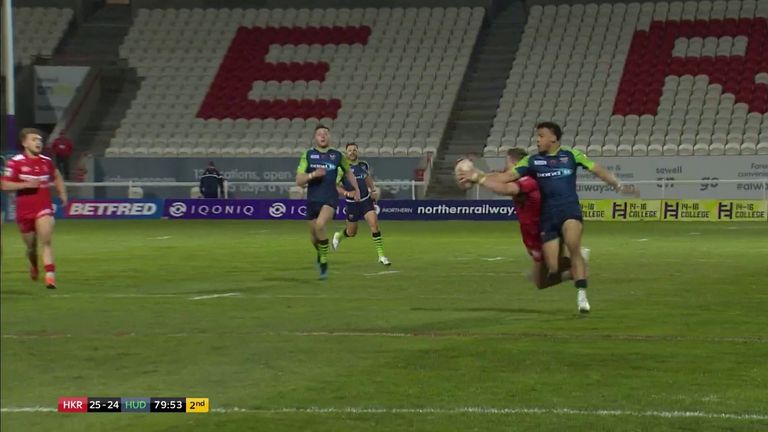 Rovers added their next try as Crooks got in for his second when he was first to a grubber kick from Mikey Lewis with 25 minutes on the clock for a 12-0 lead.

The Robins added a third a minute later as George's King's break set Abdull free and he sent in Lewis from 40 metres to cross under the posts. Abdull made no mistake this time to stretch the advantage to 18-0.

Six minutes before the break Matty English took Huddersfield close to the tryline and Leroy Cudjoe's pass put Jermaine McGillvary over in the corner, but a missed Aidan Sezer kick meant it was 18-4 at the break.

Crooks limped off early in the second half but it made little difference as the home side still looked the brighter.

Huddersfield got the important first score of the second half as Kenny Edwards' offload and Lee Gaskell's kick set up Darnell McIntosh to touch down in the corner to make it 18-8 after 55 minutes. 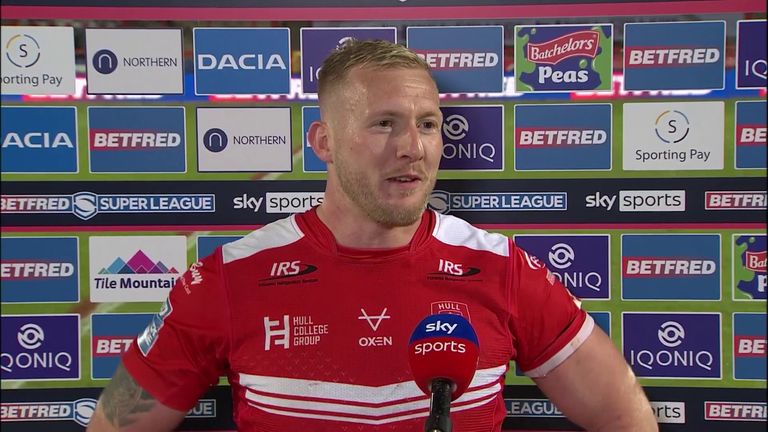 Huddersfield built on their momentum as Jake Wardle battled over on the left and Sezer's first successful conversion made it 18-14 with 20 minutes left.

Huddersfield's Chris McQueen levelled the game up with 65 minutes gone as he touched down after losing possession but after a long check with the video referee, he was ruled to have knocked the ball backwards.

Sezer's conversion put the Giants head for the first time at 20-18.

But Rovers were soon back in the lead as McGillvary spilled Abdull's high kick and Kane Linnett collected to cross.

The Giants ran in again down the left side as McIntosh scored his second try in the corner to level the scores at 24-24.

With three minutes left, Abdull kicked the all-important drop-goal and English lost possession in the Giants' next attack as the home side were able to see out their first win of the season.