Team of the week: The top performers from Super League and State of Origin

Players from both Hull clubs dominate the team after their respective wins in the latest round of Super League action; Warrington Wolves, Catalans Dragons and the New South Wales Origin team are represented too

We put together a combined XIII of the players who stood out in the latest round of Super League matches and the first State of Origin match of this year's series...

Overlooked again when Shaun Wane announced his latest England squad changes, the Hull full-back put in another assured display for his side in the 30-12 win over Castleford Tigers.

Connor scored one try and provided two assists, broke the line once and assisted another line-break, along with making four tackle-breaks and carrying for 118 metres. 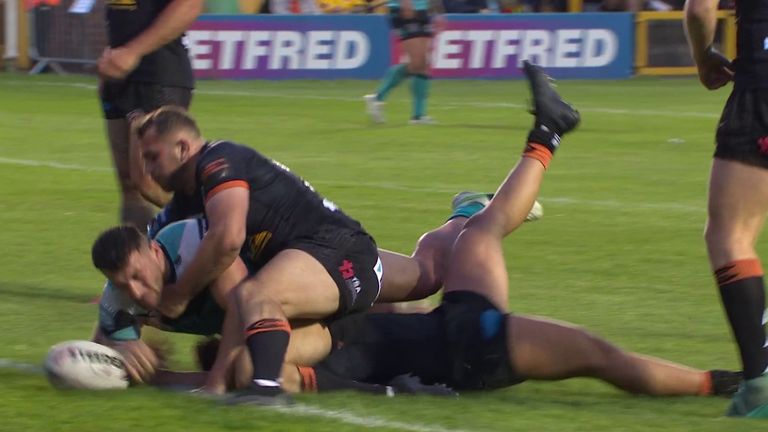 The winger was among the try-scorers as Hull KR secured a commanding 40-4 win at home to Salford Red Devils in Super League on Friday evening.

Hall's try came in a game where he made 241 metres and 89 post-contact metres with the ball in hand, along with breaking two tackles.

Back playing State of Origin and slotted in at centre by Blues head coach Brad Fittler, Mitchell was one of the players who lit up the first match of the 2021 series.

The South Sydney Rabbitohs man scored two tries in the 50-6 win over Queensland, as well as providing two assists, breaking the line twice and busting 10 tackles while carrying for 167 metres. 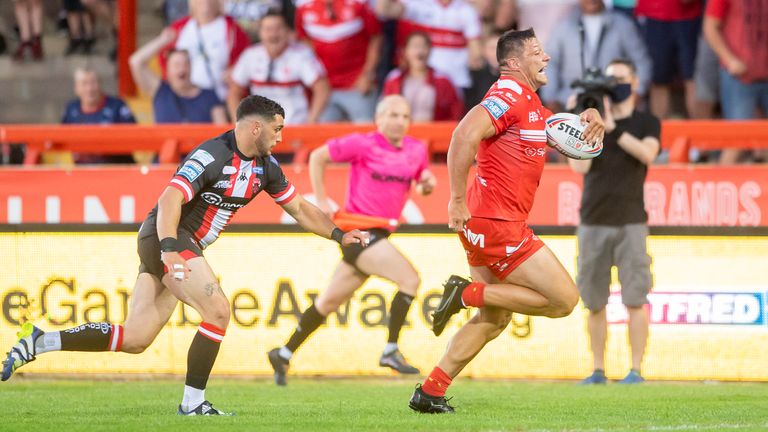 Trbojevic led the way for the Blues with a hat-trick of tries as they opened this year's Origin series with a big win over rivals Queensland in Townsville.

The Manly Sea Eagles star was on hand to assist a try as well, making one line-break and five tackle-breaks, and carrying for 215 metres. 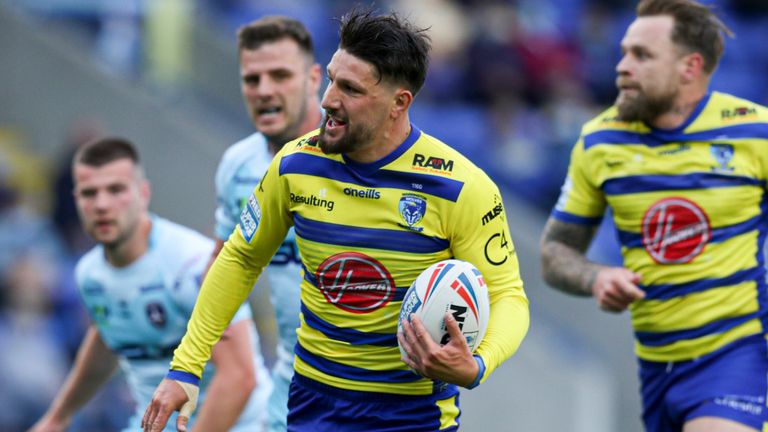 Highlights from Warrington's win against Wakefield in Super League

The winger continued his recent good form for the Wolves with a hat-trick as they overcame their Challenge Cup semi-final disappointment with a 38-18 win at home to Wakefield Trinity in Super League.

Charnley's three tries came on the back of him carrying for 131 metres, breaking the line three times and busting two tackles.

The Australian was an assured presence in the halves for Catalans as they held off a determined effort from Leigh Centurions to move top of the Super League table.

Drinkwater assisted two tries in the 36-30 win, as well as scoring one of his own, breaking two tackles and making one line-break. 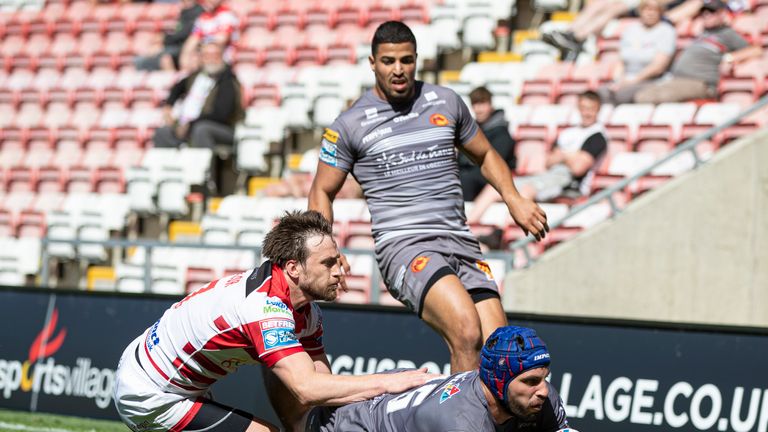 The half-back continued his impressive recent form in Rovers' win over Salford, being named player of the match for his starring role.

Abdull assisted two tries and two line-breaks, as well as kicking five goals and testing the Red Devils defence with his in-play kicking. He also carried for 50 metres.

Hill put in a typically strong-running display as Warrington were victorious at home to Wakefield on Friday evening.

The prop carried for 145 metres and 54 post-contact metres, breaking the line once and busting four tackles, along with providing an assist for a try. 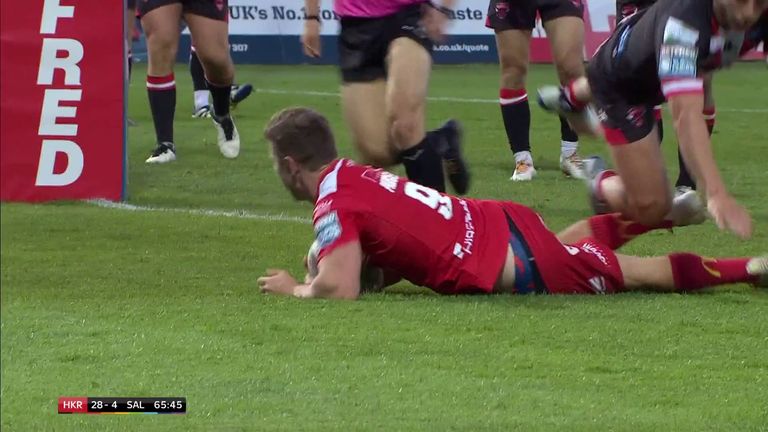 Matt Parcell received a pass just metres out, spied a gap in the defence and ghosted through it to finish

Hooker Parcell was hugely influential as Rovers recorded a comfortable win over the Red Devils, including getting on the scoresheet with a try.

He broke the line twice and assisted another line break as well, along with carrying for 161 metres and 44 post-contact metres. On the defensive side, Parcell made 38 tackles.

Named player of the match in Hull's win over Castleford in Super League on Thursday night, Satae helped lay the foundation for his side's success.

The prop carried for 143 metres and made 59 post-contact metres, along with breaking four tackles. He also made 35 tackles on the defensive side. 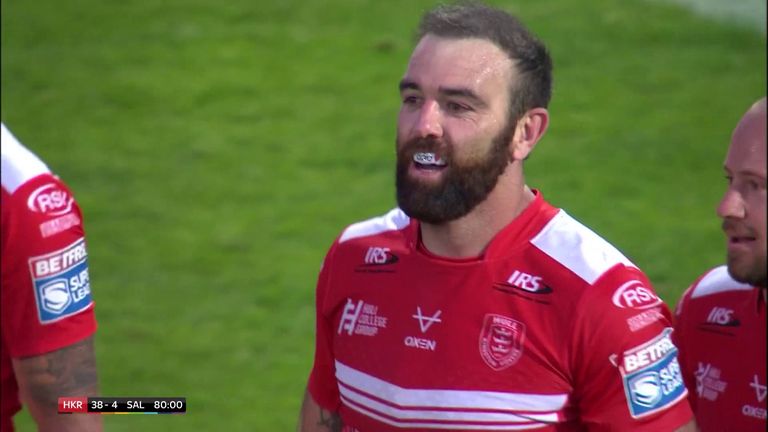 The 'Big Red Machine' capped another imposing performance in the second row for Hull KR with a superb solo try as they defeated Salford at Hull College Craven Park.

Linnett also broke the line once, assisted another line break and broke one tackle while carrying for 142 metres and 40 post-contact metres.

Another player who helped Hull make big inroads in the win over Castleford at the Mend-A-Hose Jungle was Ma'u.

The Tonga international carried the ball for 194 metres and 68 post-contact metres, as well as breaking two tackles and offloading twice.

Lane was strong in the back row again for the Black and Whites as they overcame Castleford on Thursday, putting in a big defensive effort with 41 tackles.

He also carried for 157 metres with the ball in hand, making 43 post-contact metres, and broke out of two tackles.