Hull KR boss Tony Smith will take charge of a Super League game for the 500th time as a head coach on Easter Monday; It is a career which has seen him go from 13 straight defeats to becoming one of the competition's most successful coaches

When he took charge of his first Super League match as Huddersfield Giants boss on March 4, 2001, little did Tony Smith imagine he would still be in the competition 499 games later. In fact, he probably never envisaged he would have ever been back in the UK in the first place.

The Australian's first experience of the British game was one he would rather forget, spending the 1996 season - the first year of summer rugby league - playing for Super League bottom-markers Workington Town and living in a flat above a chip shop in the sport's most north-westerly outpost.

Five years later though, former Illawarra Steelers and St George Dragons stand-off Smith was back, having paid his own way over to interview for the Huddersfield job in pursuit of his head coach ambitions and starting out on a stay which has seen him based on these shores for 21 years and counting.

Smith and his wife have become so embedded in this country that, as well as having a spell in charge of the Great Britain and England national teams, he became a British citizen in 2008 and recalled how what was initially intended to be a stay for a couple of years became over two decades.

"I had an old player I bumped into a couple of months ago at a 40th birthday party and he reminded me of something he said to me because I kept referring back to Australia as home," Smith told Sky Sports.

"I was referring to the Australian game a few times when I came over and he went 'if it's so good over there, what are you doing here?' - and it made me realise and commit to the game here.

"If I was only here temporarily, I needed to be committed to the country and from that day on, I stopped calling Australia home and I haven't considered it home ever since. 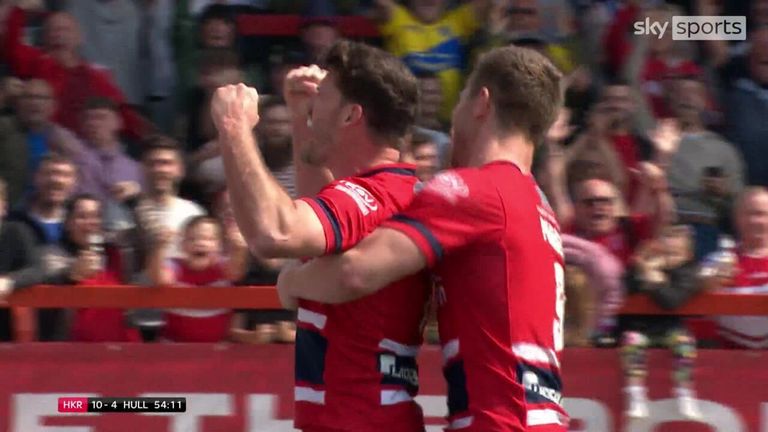 "It has changed, and I've embraced the British game - and here I am still in it."

Easter Monday's trip to Toulouse Olympique with current club Hull Kingston Rovers will see Smith reach the milestone of 500 Super League games as a head coach, a career which has yielded two Grand Final triumphs with Leeds Rhinos and three Challenge Cup successes during his nine years at Warrington Wolves.

Few would have predicted what his coaching career would have in store for Smith during those early days at Huddersfield though, with the Giants losing 13 straight games until a 22-22 draw at home to London Broncos finally earned them their first points of the season.

Relegation would ultimately follow, but Smith's Giants rebounded in 2002 by winning promotion at the first attempt after going through the Northern Ford Premiership campaign unbeaten and have been an established Super League presence ever since.

It may not have seemed it at the time, but those wildly varying experiences proved invaluable for Smith and that was something noted by his elder brother Brian, who has held head coaching roles in both Super League and the NRL.

"Not many people go through either of those experiences, so to have that in your first year, he said it should be seen as a real privilege to deal with a lot of adversity in the initial stages of your career and to keep a team on track to come back from relegation," Smith said.

"To do it in the style we did, undefeated, he said I was so lucky to have those experiences and I think they've stuck with me, even throughout some of the hard times in Super League.

"None of those have been as tough as losing your first 13 games in a season after taking over, so to suffer so many and still keep your job, you must be doing something okay. 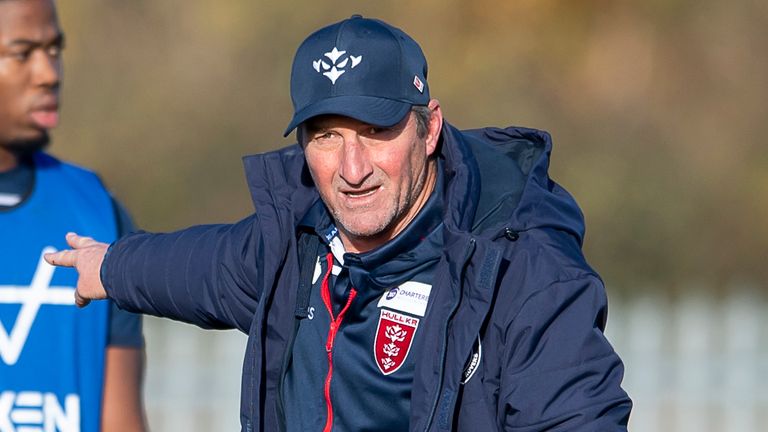 I've embraced the British game - and here I am still in it.

"Also, it proves what we were putting into place was working and fortunately that club has been a strong club ever since. I'm pleased to say I was part of the foundations of that."

Many wondered if Smith would ever be seen again in Super League following his decision to stand down from the Warrington role at the end of the 2017 season though, and he makes no secret of the fact he needed a break after becoming burnt out by the demands of the job and had fallen out of love with rugby league.

But some time away, which included taking a mentoring role with football's Premier League, allowed him to refresh and recharge, and the 55-year-old made his return to the sport midway through the 2019 campaign at Hull KR.

It has proven to be a perfect match for both coach and club, with Smith - ably assisted by Rovers icon Stanley Gene and his former Leeds and England half-back Danny McGuire - guiding the previously-struggling Robins to within 80 minutes of a first Super League Grand Final appearance last year.

"I've been fortunate enough to come back into a place which has allowed me to re-find myself, particularly through the players I've coached," Smith said.

"They've been fantastic, and I've been really privileged and lucky to have such a great bunch of boys who have helped me gain confident in what I'm doing as a coach, because some of that suffers.

"Even as long as I've coached for, you start to doubt yourself and wonder whether some of the stuff you talk about is still relevant and current.

"They've helped me with that, but so have some of the young coaches I've coached with since and hopefully I'm nurturing them to become head coaches as well." 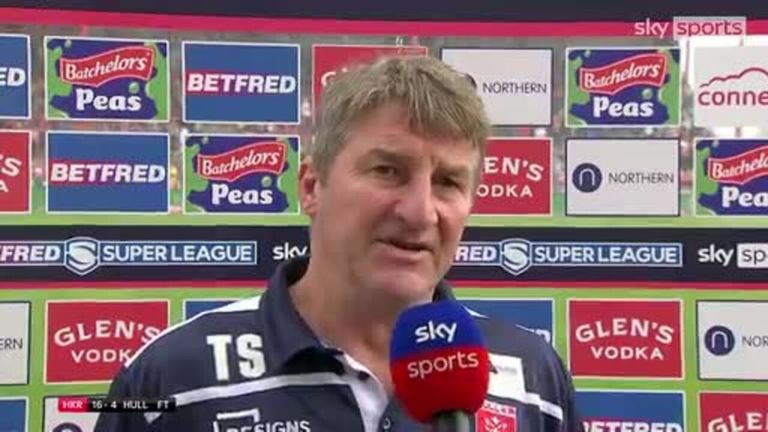 This season has seen Hull KR secure a place in the Challenge Cup semi-finals and once again hovering around the play-off places in the early Super League standings following a 16-4 victory over Hull FC in the derby on Good Friday.

Rovers' eye-catching playing style has won them plenty of admirers too, but the basis of the approach under Smith is rooted in two areas - enjoying what they do and effort.

"We're not always the best team on the park, but we always pride ourselves on trying the hardest," Smith said. "We're okay if somebody beats us because they deserve to on the day and can out-play us or bring us undone, but rarely is it through lack of effort.

"I didn't play in many good teams as a player - they probably weren't a good team because I was in the team! - but what we had to do was try really hard and I know when you get talented people together and they try really hard, you start to win.

"That's the culture we're developing over there and it's not an overnight thing, just like Huddersfield wasn't."