All 12 teams are in action on a bumper Easter Monday of Betfred Super League action; watch Castleford Tigers vs Leeds Rhinos followed by Hull FC vs Warrington Wolves live on Sky Sports Arena from 2.30pm

We look at what is being said and team news ahead of Monday's Betfred Super League games, including Castleford Tigers versus Leeds Rhinos followed by Hull FC against Warrington Wolves live on Sky Sports...

Castleford Tigers, fresh from a 17th-straight victory over local rivals Wakefield Trinity on Thursday evening, now welcome Leeds Rhinos to the Mend-A-Hose Jungle (3pm) having beaten them 40-16 away in the Betfred Challenge Cup last month.

That match marked Jamie Jones-Buchanan's first in charge and the interim head coach saw his side pick up their first point of his reign in a 20-20 draw at home to Huddersfield Giants on Thursday - a match they were winning until late tries from Luke Yates and Innes Senior earned the Giants a share of the spoils after golden point extra-time.

"We have to go again Monday," Jones-Buchanan said. "Because if we can compete like we did [against Huddersfield] on Monday - and without looking too far ahead - and we get the rest of the week right, we might get to the back end of next week and think we'll take what happened as a big learning curve.

"Their eyes were glazed over, looking at the floor, and that is my big concern because we have to snap out of it now."

Max Simpson and Jack Sinfield have both been added to Leeds' 21-man squad in place of Jack Walker and Liam Tindall, who joined the Rhinos' injury list.

Cheyse Blair, Brad Martin, and Jason Qareqare all come into Castleford's squad for the match and head coach Lee Radford hopes to see more of what his team showed in the 34-4 win over Wakefield.

"To get a response like that is credit to the group," Radford said. "It was a grindy game - I love those type of games.

"When we needed to bunker down, we did and when opportunities arose, we took them."

That is followed by Warrington Wolves aiming to build on finally ending a run of five straight defeats in all competitions when they head to Hull FC (5.30pm).

The 32-18 win at home to Salford Red Devils on Thursday was a much-needed boost for head coach Daryl Powell, who has George Williams available again, and he hopes they can ride that feeling at the MKM Stadium on Monday.

"Though it's only one win it feels a little bit more than that," Powell said. "It was great to hear the club song again and there's a real positive vibe around the changing room, which is a starting point."

Hull FC, meanwhile, are aiming to rebound from a 16-4 defeat away to Hull Kingston Rovers in the Good Friday derby, with head coach Brett Hodgson recalling Connor Wynne, Aidan Burrell, and Jamie Shaul after their respective recoveries from injury.

"There need to be some changes," Hodgson told Sky Sports in the wake of that loss. "We won't make them at this moment, but we need to understand we have to build a game and get to giving ourselves a chance to win at the end of 80 minutes."

The battle of the early contenders went the way of the reigning champions on Good Friday and now St Helens face another of the sides challenging at the sharp end of the table in Huddersfield Giants.

Saints head coach Kristian Woolf, who has Curtis Sironen available after a one-match ban and Kyle Amor and Josh Simm back in his 21-man squad, was delighted with how his side absorbed Wigan Warriors' physicality in the 22-4 derby win and wants to see more of that against the Giants.

"Every team wants to be physical against us at the start and what I love about this group so much is that they absorb that and hang in," Woolf said. 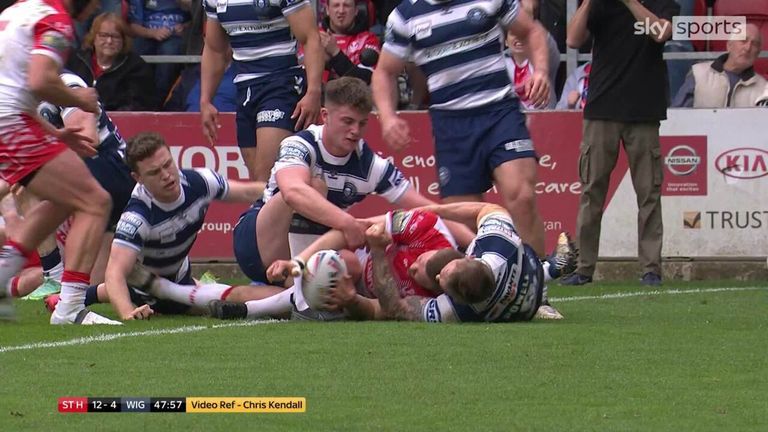 Wigan head coach Matt Peet wants his side to find greater levels of consistency as they host Wakefield Trinity, the team they beat in the Challenge Cup quarter-finals just over a week ago.

"We know where we are," Peet said. "We need to be more consistent and be more clinical. It was never going to be a quick fix to overtake such a quality team [in St Helens], but we'll keep working hard."

The only change for the Warriors is Tommy Leuluai dropping out due to injury, with Kaide Ellis recalled. Wakefield are boosted by the return of captain Jacob Miller, but are without winger Tom Johnstone. 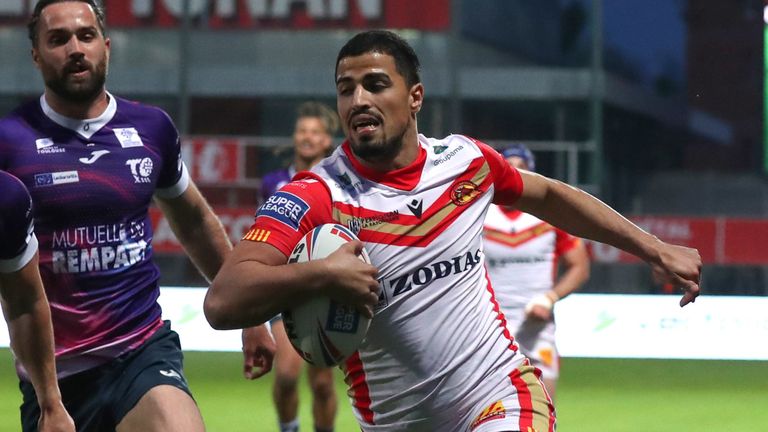 The match will mark Tony Smith's 500th Super League game as a head coach and he has Brad Takairangi back in Rovers' 21-man squad, while Phoenix Laulu-Togaga'e or Will Dagger will replace Lachlan Coote at full-back.

Toulouse, meanwhile, still have several players out due to injury, but head coach Sylvain Houles has vowed the bottom side will give all they have in the bid to secure a second win of the campaign.

"We will fight hard against Hull KR on Monday," Houles said. "This is Super League, every game is tough and sometimes you lose and you feel okay, but we don't."

Gil Dudson returns for Catalans as they travel to Salford and home head coach Paul Rowley wants his side to fix up the defensive issues which he believes proved costly in their defeat to Warrington.

"It comes from our defence, and we need more," Rowley said. "It's a glaringly obvious problem that we keep shooting ourselves in the foot and if we can fix that up it will go a long way to getting us wins."