Nine years after last playing for England, Michael McIlorum has the chance to be part of Shaun Wane's Rugby League World Cup plans after earning a recall; watch England face the Combined Nations All Stars in Saturday's international double-header live on Sky Sports

It is nine years since Michael McIlorum last pulled on an England shirt, but the 34-year-old now has an opportunity to play himself into contention for this year's Rugby League World Cup.

McIlorum was one of the more eye-catching inclusions in Shaun Wane's squad for England's mid-year international against the Combined Nations All Stars this Saturday, live on Sky Sports, having not featured for the national team since the 2013 World Cup quarter-final win over France.

Nevertheless, his former Wigan Warriors head coach Wane has been impressed with what he has seen of the combative hooker in action for Catalans Dragons in the Betfred Super League.

With Super League's record appearance-maker James Roby retired from international rugby league and Warrington Wolves' Daryl Clark - capped eight times by England but also eligible to represent Scotland - set to line up for the All Stars at the Halliwell Jones Stadium, the door has reopened for McIlorum when he may have thought his chance had gone.

"He's [McIlorum] playing well and when I look at the form of all the nines in the competition, he's playing well, James Roby is playing well, I'm happy with Daryl Clark and Paul McShane," England head coach Wane said.

"But for us to have success in the World Cup, we need a lot of players challenging in different positions and having Micky and James Roby playing well keeps everybody on their toes.

"Micky has been outstanding in his stats and visually when I watch him, I know he is playing well. He's got some good hit in him and his service as a nine is outstanding, so I'm very happy with him."

McIlorum quickly became an integral part of the Catalans team after joining from Wigan ahead of the 2018 season, playing a key role in their historic Challenge Cup triumph that year and helping them reach the Super League Grand Final for the first time in 2021.

Wane credits the work done in Perpignan by one of his England predecessors, Dragons head coach Steve McNamara, as a big reason behind the Leeds-born forward's outstanding displays.

"It's testament to what Steve Mac is doing at Catalans, what he's done with Micky," Wane, who will likely rotate McIlorum with Castleford Tigers' former Man of Steel McShane against the All Stars at hooker, said.

"I've known Micky since he was a kid, and you need to be on him. But he has a really good life in the south of France, he's got a fantastic girlfriend, he loves the travelling, and he looks after himself.

But while McIlorum is coming back into the international fold playing some of the best rugby of his career, another of Wane's former Wigan players links up with England having endured some tough times with his club so far this season.

George Williams and his Warrington team-mates have suffered five straight Super League defeats in recent weeks, leaving the Wolves ninth in the table, with the half-back among those individuals coming in for criticism.

Williams has shown flashes of his brilliance since joining Warrington from NRL Canberra Raiders nearly a year ago, but Wane has backed the two-time Grand Final winner with the Warriors to come good in the halves - an area where there are questions for England, particularly with St Helens' Jonny Lomax currently out due to a bicep injury. 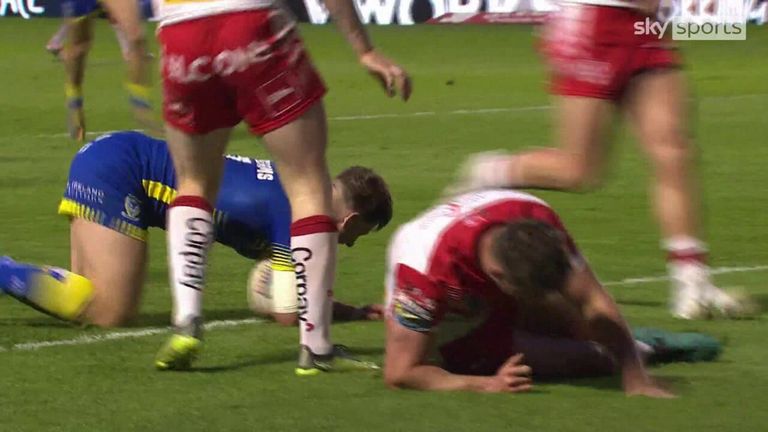 "I know George as good as anybody, I know what he can do and Warrington are doing it tough at the minute," Wane said. "I know how he can play and what he can do, and I'm very confident…he can deliver for us.

"I want lots of halves pushing for positions, so I need George good, confident and playing really well for the rest of this year.

"If coming into our camp and playing with a different group of players helps that, then that would be fantastic."

Saturday's match against the All Stars at the Halliwell Jones Stadium is a vital part of the preparations for the World Cup, with Wane determined to make amends for the 26-24 defeat to the same opponents when they met in 2021.

Knowing the tournament will be going ahead rather than the uncertainty which surrounded it this time last year before it was eventually postponed has helped Wane too and he is eagerly counting down the days to the opening game between England and Samoa at St James' Park on October 15.

"I'm a bit sharper, I'm very, very organised and know what I'm doing tomorrow, the day after and in training," Wane said.

"I know what I want to get out of it on Saturday, the following month for training - we're on it and I can't wait for that first game against Samoa. We've got a lot to get through before then and it's a dream for us.

"For a Wigan lad like me to be coaching your country in a World Cup, it can't come soon enough, but my obsession is making sure my players are playing at the very best. We need to be very, very good to do anything in this World Cup."

Watch England Women against France followed by England's men taking on the Combined Nations All Stars in the international double-header at the Halliwell Jones Stadium live on Sky Sports Arena from 3pm on Saturday.