Catalans head coach Steve McNamara hit out at comments alleged to have been made during a meeting with sports management company IMG; Giants chief executive Richard Thewlis hit back at the former England head coach's assertations

Steve McNamara accused Huddersfield Giants of disrespecting his club Catalans Dragons by claiming French teams "bring nothing to the game".

McNamara, who saw his side gain a last-minute 13-12 win at home to the Giants in the Betfred Super League on Saturday, was angered by comments allegedly made by Huddersfield in talks with IMG.

The global sports management company have entered into a 12-year agreement with the RFL to "re-imagine" the game and have been holding discussions with a wide range of stakeholders, and the Dragons head coach spoke out in the wake of their victory. 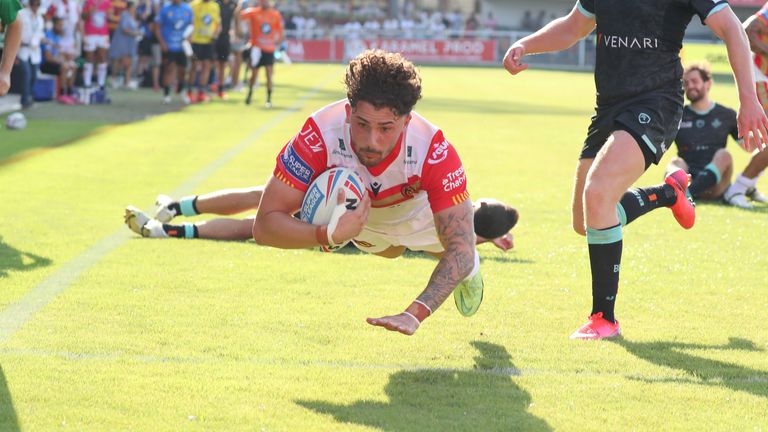 "It was a real gritty performance against a team that I think don't give us any respect at all," McNamara, who spent the final three seasons of his playing career with Huddersfield, said.

"There is talk this week of Huddersfield saying French teams give nothing to the game in talks with IMG and that French teams should not be in the Super League competition, which is an absolute disgrace.

"I hope IMG gets hold of this and look at it from a really broad perspective and do what is right for this game so that we aren't an M62 corridor game in a 100 years' time or that there isn't a game, and don't listen to small-minded people that have their own self-interest at heart."

Huddersfield chief executive Richard Thewlis hit back at McNamara's assertations, insisting any comments made in meetings with IMG should remain confidential.

"I have no idea how the Catalan coach would know what I have said to IMG, given I only met them for the first time last week in a group Super League meeting," Thewlis told PA Media.

"How their Catalans representative interpreted the feelings of the confidential meeting is his prerogative.

"But I would suggest it is better these discussions remain private and we allow all to give their views honestly and we allow IMG to formulate their recommendations having taken soundings from all stakeholders which I am sure they will."

It is not the first time the two clubs have been involved in a public war of words this season, with a row breaking out following Huddersfield's 28-12 victory over Catalans at the John Smith's Stadium in April after travel problems for the French team forced kick-off to be put back half an hour.

The two teams have spent much of the 2022 Super League season fighting it out in the top four too and there was further controversy on the field in this encounter, which was eventually settled by a drop goal from Dragons full-back Sam Tomkins.

However, Giants boss Watson felt his side should have had a penalty for offside after Theo Fages recovered the ball from an earlier drop goal attempt by Mitchell Pearce which hit the posts with the score still level at 12-12.

"You look at the drop goal that Catalan did at the end of the game which hit the post and Theo gets on it - they're all offside so how can they tackle Theo?" Watson said, adding: "I think we go on and win there, potentially."