It is 20 years since Scotland made their bow at the Rugby League World Cup and one of the members of that original squad is now tasked with leading them in the tournament when it returns to England next year.

Nathan Graham, whose club career took in spells with Dewsbury Rams, Batley Bulldogs, Bradford Bulls, York City Knights and Featherstone Rovers, has been involved with Scotland Rugby League in various capacities ever since making his debut in 1998.

After winning 10 caps for the Bravehearts, Graham moved on to overseeing the A team and then students side before succeeding the joint team of John Duffy and Chris Chester as head coach last year.

Time to turn our attention to another of our European qualifiers, @scotlandrl

With victories over Serbia and Greece, the Scottish men's team topped their group with an impressive +104 points difference 👇 #RLWC2021 pic.twitter.com/8qGJKw9FVY

Scotland and Graham's first foray into rugby league's global gathering in 2000 ended with them finishing bottom of Group 4 following defeats to Samoa, Ireland and the New Zealand Maori team, but the 48-year-old still looks back on it fondly.

"Anything where you're in a group of 25 to 30 people in hotels for the best part of a month, you build that bond and camaraderie," Graham told Sky Sports.

"Looking back, it wasn't the most successful tournament, but I'll take memories of it being just a great experience and that's what we'll try to create for the guys at the 2021 World Cup.

"If you can get the right sort of environment for the players so they're not wanting for anything and they're enjoying themselves, that's half the battle."

Scotland have been ever-presents at the three subsequent World Cups, with the high point being reaching the quarter-finals in 2013 after going through the pool stage unbeaten prior to going down 40-4 to eventual runners-up New Zealand.

This time around, wins over Serbia and Greece saw them qualifying for a fifth-consecutive appearance with a team which is starting to see more and more homegrown talent come to the fore.

Although Scotland will again able to call on heritage players like St Helens' Australia-born full-back Lachlan Coote and others based with Southern Hemisphere clubs, Graham is keen to give opportunities to those coming through the system - particularly as they will have to have at least six of those in their 22-man squad for this year's European Championship.

However, he knows that is not always easy to do as the domestic scene north of Hadrian's Wall is recovering after some rocky recent times. 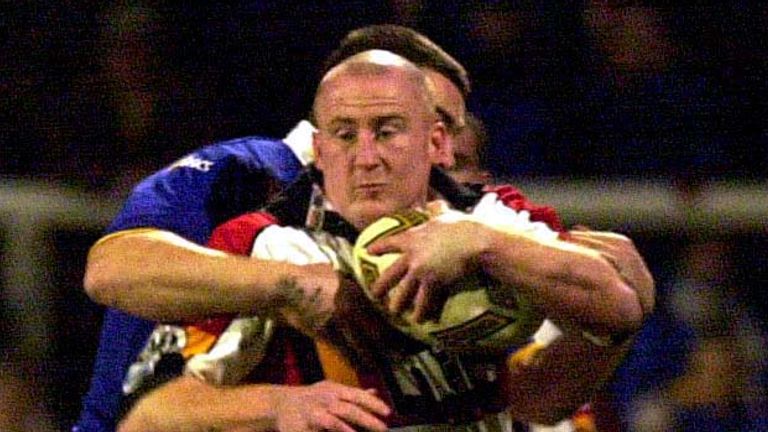 "Looking back, 2000 wasn't the most successful tournament, but I'll take memories of it being just a great experience and that's what we'll try to create for the guys at the 2021 World Cup."

"Probably 10 or 15 years ago it was in a stronger place, but a lot of the funding got cut so it's kind of a rebuilding process now," Graham said.

"There's a definite Scotland pathway now going from U16s, U19s, student - which is basically U23s - and progressing onto the first team.

"In the World Cup qualifying squad, there were six people who came through that pathway playing first-team rugby, which is a massive achievement for Scotland Rugby League.

"We have to have that progression on a limited number of teams in Scotland. It's something we're really putting our focus on emphasis on."

Reaching the World Cup knock-out stages again and more eye-catching results like the memorable 18-18 draw with New Zealand in the 2016 Four Nations tournament would do wonders for the profile of the national team in Scotland.

They face a tough ask to repeat the performance of seven years ago though, having been drawn in Group B with defending champions Australia, two-time semi-finalists Fiji and Italy. Nevertheless, Graham knows how much the sport in Scotland could benefit from next year's tournament.

"There is nothing like a World Cup to generate interest and the media aspect of this one has been spot on from everything I've seen of it," Graham said.

"Hopefully that can filter down to Scottish people and players. We're trying to tap into the union market because they're winter and we're played in the summer, and players can potentially cross over.

"If we can get a couple of their higher-quality players to come and play then that's going to be a bonus and all of this puts it out in the open for them to see what a great game our game is."