Growing up in a house full of rugby league fans, it was perhaps inevitable Blake Solly would go on to have some sort of involvement in the sport during his life.

By his own admission, Solly's playing ability may not have allowed him to make his mark on the field at the highest level. However, he has still carved out a successful career as an administrator on these shores, including serving as Super League general manger, and back home in Australia.

Speaking to the Golden Point podcast, Solly recalled his early involvement in the sport as ball-boy, playing amateur rugby league in Leeds and revealed what it is liking working with Hollywood actor Russell Crowe at South Sydney Rabbitohs…

Solly's earliest rugby league memories are of being a ball-boy at the age of three or four for the older age-group teams his father coached, and he remembers immediately falling in love with the sport as a result.

His education in the 13-man code came with trips to Redfern Oval to watch Souths with his father, where Rabbitohs winger and captain Ziggy Niszczot was his idol.

There were occasional trips to watch his mother's favourite team, Western Suburbs Magpies, as well and the raucous atmosphere at both venues left a big impression on the young Solly.

"Redfern Oval had a pretty fierce reputation at the time," Solly told Sky Sports. "The reputation of the visiting fans was the same and the locals had a great sense of humour.

A Captain from the wing, Ziggy Niszczot was a crowd favourite! So much so he even had his own song!

"So, I had a pretty good education on The Hill there when we'd go down to Sydney and some of the words and language was new to me coming from the sleepy Central Coast.

"My mum was a mad Wests Magpies fan as well, so I used to have a soft spot for the Magpies and we used to go and watch them at Campbelltown - which is another stadium renowned for its distaste for away fans and its honesty when people were playing bad."

The 1980s were something of a fallow period for Souths fans, with Parramatta Eels and Canterbury-Bankstown Bulldogs dominating the New South Wales Rugby League during that period.

There were, however, some bright spots for the Bunnies with play-off appearances. But one which sticks out particularly clearly in Solly's mind is the now-infamous 1984 elimination match against St George at the Sydney Cricket Ground. 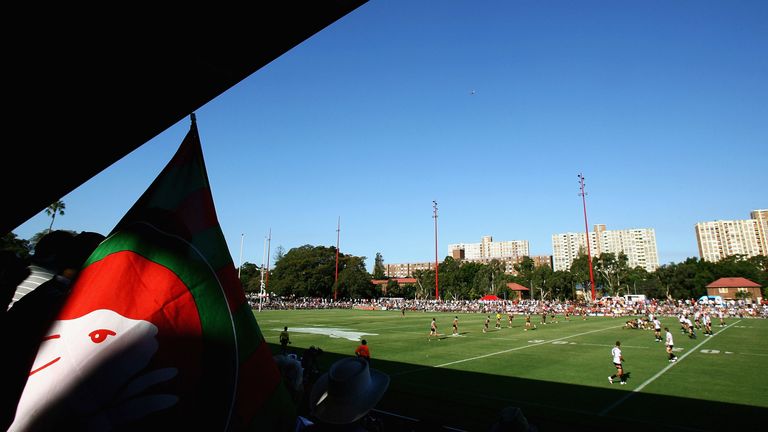 Redfern Oval had a pretty fierce reputation at the time. The reputation of the visiting fans was the same and the locals had a great sense of humour

"Another trip, my father and I went down to the SCG to watch a semi-final which Souths lost, but it's famous for one of the wildest brawls you've ever seen - and it happened right in front of us," Solly said.

"I can remember being pretty shocked and unfortunately Souths lost [24-6], but we had to run and get the train back to Central Coast."

His rugby league education continued at school as well, attending the renowned St Gregory's College as a boarder for two years.

The likes of current Sydney Roosters head coach Trent Robinson and former Hull FC prop Peter Cusack were in the year above Solly, while he was in the same year as ex-Wigan Warriors half-back Trent Barrett.

Highly-regarded coaches Jack Gibson and Tim Sheens are among St Gregs' alumni as well, with Solly revelling in being at an establishment with such a proud rugby league tradition.

"I loved the sport, but I was never good enough to play professionally like those guys," Solly said. "But it was a great education for me in terms of the game and you lived and breathed rugby league when you boarded there.

"In some ways, I always had a passion for the business side and wanted to do something in the industry if I could."

It was qualifying as a lawyer which led to him making a full-time career in rugby league off the field though, starting when he travelled to the UK on a working holiday and took a job at a legal practise in Leeds.

Part of his job involved representing Catalans Dragons' players at the RFL's disciplinary hearings, with rumbustious prop David Ferriol a regular client, before eventually obtaining a full-time position in the governing body's legal department and progressing into an organisational role.

A love of the UK's northern music scene and a passion for league led to him landing in Yorkshire in the first place, allowing him to keep playing at amateur level for Leeds Akkies in the summer league. That, however, meant the shock of starting pre-season training in the winter.

"Pre-season in Australia, we're at the beach, it's 30 degrees running up sandhills, so I never thought pre-season would involved snow - and it did," Solly recalled.

"I loved the club, I loved the camaraderie, it was really well-run by people who were passionate about the sport who'd studied in Leeds and wanted to keep playing when they finished.

"We had doctors, dentists and barristers, so it was a really different rugby league experience, but one I wouldn't swap."

Similarities the world over

These days, Solly can be found at the helm of his boyhood club Souths in his role as the club's chief executive, having held the position for around four years after leaving his post with Super League.

But while running the front office of a club is somewhat different to overseeing an entire competition, there are still many things which are the same across the sport whatever the role and whichever part of the world he happens to be in.

"Rugby league people, wherever they are, are pretty similar and it doesn't matter if you're at Souths or St Helens," Solly said. 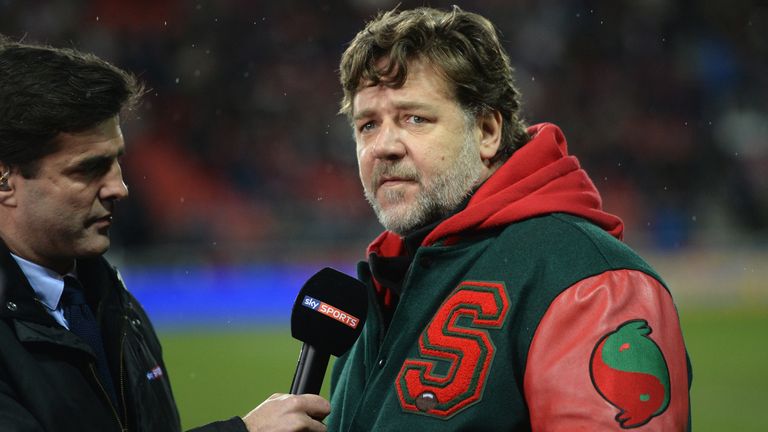 He loves the club and what it stands for, and I think his words are there's no more unique or greater source of optimism in sport than the rolling rabbit on our jerseys

"The people who follow the game and love it have a similar sense of values and mentality, so it wasn't particularly different going back to work at Souths."

One of those is Rabbitohs co-owner and actor Russell Crowe, who is himself a lifelong supporter of the club and takes an active day-to-day role, particularly when it comes to the branding and spreading the word about Souths and rugby league beyond the sport's strongholds.

"He loves the club and what it stands for, and I think his words are there's no more unique or greater source of optimism in sport than the rolling rabbit on our jerseys," Solly said.

"He tells these great stories about going around America telling people this is a really aggressive rugby league team and people laughing at him saying 'that cute little rabbit?'

"He put together different videos to explain the history of the club and why it is a source of optimism, and now it's got to the point where it's one of the strongest brand - not only in Australian sport, but instantly recognisable around the world."