Clash of the Codes: When Wigan and Bath brought rugby's wall down

The symbolism, intentional or otherwise, of rugby union being declared an open sport on the date of August 26, 1995, would not have been lost on many.

It was an announcement that came one day prior to the 100th anniversary of 22 clubs in the north of England seceding from the Rugby Football Union to form what would eventually evolve into the sport of rugby league, following arguments over players being compensated for time taken off work to play.

As well as meaning clubs in the 15-man code were, for the first time, permitted to employ professional players, the decision opened the door to the possibility of a battle for supremacy between the top teams in their respective codes.

After much wrangling, it was agreed Wigan's all-conquering league superstars would meet the union powerhouse of Bath in two matches in May 1996 under respective code rules at Maine Road and Twickenham - although even in this brave new world, it was not universally welcomed.

"I was surprised, knowing what the corridors of power at the RFU were like in those days," Jon Sleightholme, who played for Bath in both matches, told Sky Sports. "There were still a lot of people anti the game going professional.

"So to have the top rugby league team of their era come to play at Twickenham was a massive deal. On reflection, it was a massive surprise the RFU allowed it and I'm glad they did.

"Looking back on it now, I don't think we realised what an honour it was to be part of that. Growing up as a rugby union player in Yorkshire and on that M62 corridor, I'd always have my leg pulled by some of my mates - but one thing those games did was break down those barriers." 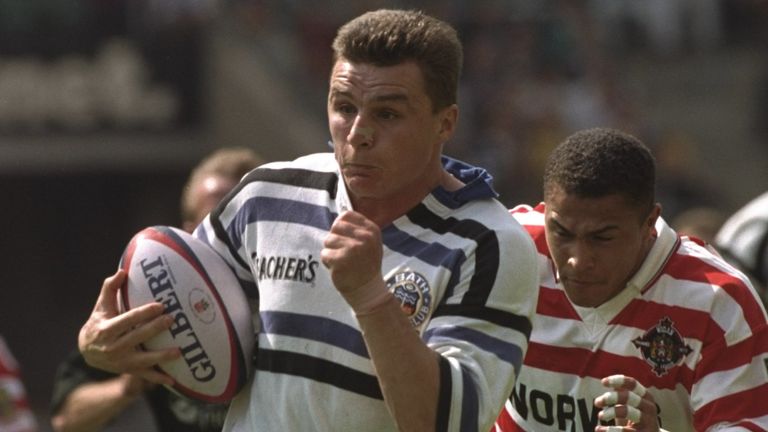 On reflection, it was a massive surprise the RFU allowed it and I'm glad they did.

For Wigan prop Terry O'Connor, who grew up in the rugby league hotbed of Widnes and was always drawn to the 13-man code despite union being prevalent at school and friends having trials with Sale, it was an opportunity he was eager to seize as well.

"We were really up for it because we wanted to test ourselves," said O'Connor, now one of Sky Sports' rugby league experts.

"To break down the barriers and be a rugby league player who played at Twickenham in a genuine rugby union game, even though we were guests on the day, was brilliant.

"It's something which will never get taken away that I managed to play at Twickenham and play against the mighty Bath."

Clash of the titans

In the late 1980s and early 1990s, Wigan swept all before them in the world of rugby league, completing eight successive Challenge Cup triumphs and seven straight Championship triumphs, not to mention travelling to Australia to defeat Brisbane Broncos in the 1994 World Club Challenge.

Bath, meanwhile, were engaged in a long-running battle for supremacy in English rugby union with Leicester, carrying off the Courage League title six times between 1989 and 1996, plus the knock-out cup competition six times in the same period.

Indeed, Bath had edged out their fierce rivals 16-15 in the Pilkington Cup final at Twickenham to complete the double just four days prior to facing Wigan in the first cross-code match and celebrated in the finest traditions of the amateur game.

"We were very professional at celebrating!" Sleightholme joked. "We had an open-top bus tour in Bath, civic receptions and it was Bank Holiday Monday, so what are you going to do? Get the barbeque out and have a couple of beers!

Their only chance to get to grips with the 13-man code ahead of the match at Maine Road came in the form of some training sessions with former cross-code Wales international turned coach Clive Griffiths, but that could not prepare them for what they would face.

Wigan stormed into a 52-0 lead at half-time, going on to win 82-6 as Martin Offiah showcased his try-scoring prowess by crossing six times alone and Sleightholme admitted the biggest struggle for Bath was getting used to going up then having to retreat 10 metres in defence after each tackle.

Jonathan Callard did manage to get Bath on the board with a try and conversion after the break and O'Connor, who scored two tries in the match, remembers the strange half-time team-talk the Cherry and Whites were given.

"It was surreal and a team-talk I've never had in a game," O'Connor said. "Joe Lydon came into the changing room, slammed the door and he ripped into us - it was more or less along the lines of 'stop embarrassing them'.

"He said 'we've got to go down to Twickenham to play them in a couple of weeks and they will absolutely crucify us - and they can hurt us'. He more or less told us to stop playing like we were, and I was like 'what's going on there?'

"I didn't realise Joe was going to be playing at Twickenham a couple of weeks later, so he was panicking more for his own safety!"

Ahead of the return fixture, Wigan broke more new ground by sending a team to Twickenham to compete in what was English rugby union's traditional end-of-season party, the Middlesex Sevens.

Richmond, Harlequins, Leicester and Wasps - who led 15-0 in the final before going down 38-15 - were all put to the sword as Offiah, Shaun Edwards, Henry Paul, Jason Robinson, Shem Tatupu, Kris Radlinski, Craig Murdock, Gary Connolly, Va'aiga Tuigamala, Scott Quinnell and Andy Farrell entertained and enthralled those in attendance.

Sleightholme and his Bath team-mates were interested observers, but knew they would have the beating of their league counterparts come the 15-a-side rematch.

"What was interesting, post that, was a lot of comments from certain directions that the writing was on the wall for the union match and Wigan were going to hammer Bath at Twickenham," Sleightholme said.

"We all knew that wasn't going to happen because we'd be able to dominate and things would be a little bit different in the 15-a-side game.

"But massive respect to Wigan because it was all about breaking down barriers, them playing in the Middlesex Sevens, and for them to win it was huge to bury stuff that went back over 100 years."

O'Connor already had a good idea of what him and fellow prop Neil Cowie could expect at the scrum in the union match, following the ferocity which Bath's forwards had shown when engaged with during the league match in Manchester.

Union neighbours Orrell - then playing in the top flight alongside Bath - were the opponents in a practice match that did little to ease those fears. Wigan were utterly dominated at the set-piece and the line-out.

"As soon as we got into a scrum, we couldn't compete with them," O'Connor said. "We hadn't won a line-out or a scrum and I remember walking off saying to some of the lads 'I reckon we could be in a bit of trouble here!' 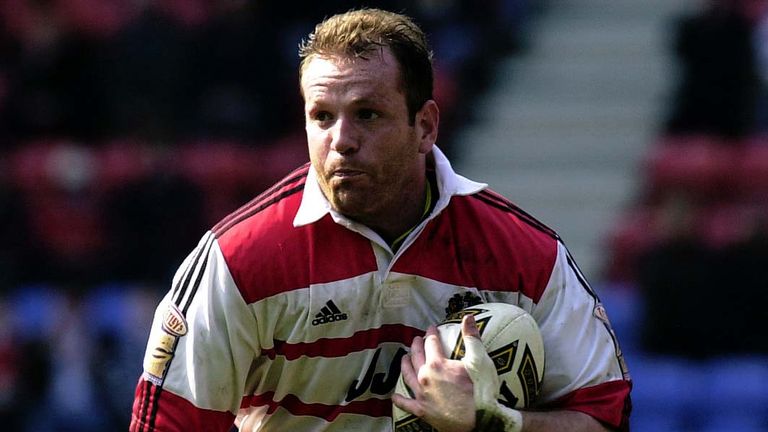 It was a one-off. The Wigan-Bath game was special in the history of rugby, it will never be replicated again.

"What our problem [against Bath] was, for the first 20 or 30 minutes of the game, we tried to play like a rugby union side, and it wasn't on at all. Every time, we got caught and lost the ball in a ruck or a maul."

Even with Bath's forwards not going hell for leather at the scrum so as not to cause injury, Wigan found themselves falling foul of referee Brian Campsall due to their unfamiliarity with some aspects of the Laws.

But they did manage two spectacular near-length-of-the-field tries as Bath ran out 44-19 victors, with both sets of players and supporters having new-found respect for the respective rival codes following a century of animosity at the conclusion of the games.

"It was a one-off," O'Connor said. "The Wigan-Bath game was special in the history of rugby, it will never be replicated again and the players who played for Bath were world-class in their sport.

"It was a great opportunity and a great time to play whether it was for Bath or Wigan."