When she finally relented to her friends and joined them for a session of touch rugby, Roxy Murdoch could hardly have imagined the journey it was to take her on.

In a sporting sense, it has taken her from her home in New Zealand to Australia, from touch to full contact rugby league, and now to these shores where she captains Warrington Wolves Women.

It also led to her meeting husband Ben Murdoch-Masila, who plies his trade as one of the second-row enforcers for Warrington's men in Super League.

"I struggle with anxiety and my friends were just like 'come play touch footy, you might like it'," Murdoch, recalling how she got started in rugby, told Sky Sports.

"My first training session, I found it was like a big release and that encourage me to keep going. Then getting all these friendships and finding I was good at it made me keep trying my heart out.

"I started in New Zealand playing and then my parents put me into a sports school in Australia, and that's where I met Ben.

"I think without playing this sport, all of these things wouldn't have happened and that's why I love playing it."

By her own admission, Murdoch is the type of player who leads by her actions on the field rather than anything she says - qualities which saw coaches Lee Westwood and ex-Wolves star Ben Westwood have no hesitation in naming her skipper of the fledgling team.

Last year saw Murdoch and her team-mates finish top of the Women's Championship in their first season and then top that by defeating runners-up Barrow 40-4 in the Grand Final.

That led to them earning promotion to an expanded Women's Super League, along with Huddersfield Giants, and Murdoch is still in awe about what the relatively inexperienced Wolves side achieved. 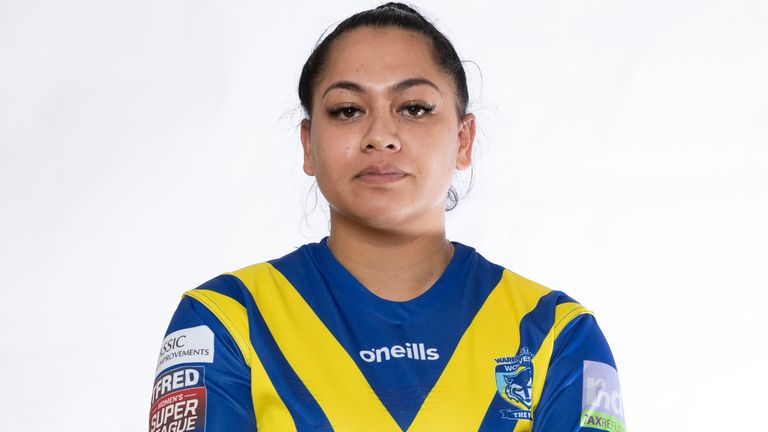 I think without playing this sport, all of these things wouldn't have happened and that's why I love playing it.

"There were a lot of new girls coming in and sport transfers from netball, cricket - sports you'd never think would relate to rugby league, but all of those skills came together, and we won the league.

"It's a lot to do with the environment. Having the girls helping and supporting you and trying to perfect the skills.

"For me, it's more having friendships and finding people who like to do things you want to do. I think that's what people see, and they want to be a part of it."

The ongoing coronavirus pandemic means the 10-team 2020 Women's Super League season, which had been due to kick off on March 29, is yet to get underway.

But Murdoch, whose husband has agreed to join NRL side New Zealand Warriors in 2021, is confident the Wolves Women are in good shape for when the campaign is finally allowed to get underway and beyond.

"We've got our development team from nine years old up to open age and I understand our U19s are looking like a really good squad - and I think they'd even give us a run for our money," Murdoch said.

"It's growing a lot and it's really exciting where it's heading. I'm happy we're here helping grow from the start for all of those young girls who've never heard of rugby before, but they'll see us and maybe want to have a go at it."