Super League Grand Final: The rivalry and the hostility of a Wigan Warriors-St Helens derby

Adrian Lam knows from his playing days just what it is like when Wigan Warriors and St Helens clash in a major final.

The Warriors head coach faced their old rivals in both the 2002 and 2004 Challenge Cup finals, scoring a try in a 21-12 win at Murrayfield but then having to watch Saints lift the trophy at the Millennium Stadium two years later after triumphing 32-12.

This Friday, he will be overseeing things for Wigan as the Cherry and Whites aim to wrest the Super League title away from the reigning champions in the Grand Final, but those memories of playing in a derby on the big stage still burn bright.

"The good one was the win at Murrayfield," Lam said. "I think there were over 60,000 people there and that rivalry that's there and the atmosphere was the big thing I remember.

"Both towns have a love-hate relationship which goes back a long time."

This will be St Helens' 12th Grand Final appearance and Wigan's 11th, although perhaps somewhat surprisingly it will be only the fourth time the teams have faced each other in Super League's showpiece match since it was instituted in 1998 - the other meetings being wins for Saints in 2000 and 2014, and a Warriors success in 2010.

Even in the days of winter rugby league when a play-off was used to decide what was then called the Northern Rugby Football League Championship they only met once in the final though, that being in 1971 when Saints triumphed 16-12 thanks to a late try from Billy Benyon.

Of course, nearly 50 years on you will find Wigan fans who still insist that try should not have stood due to Benyon being offside from a kick in the build-up - all part of the drama and controversy these match-ups tend to produce.

Who, for example, can forget the 2014 Grand Final when Ben Flower was dismissed with barely two minutes on the clock for punching Lance Hohaia? Not to mention the various twists and turns down the years whenever the sides meet be it in the traditional Good Friday Derby or otherwise.

This year will be different in some ways. Instead of Old Trafford, Friday's final will be held at the KCOM Stadium in Hull, a city with its own fierce rugby league rivalry, and Covid-19 restrictions mean it will be played behind closed doors.

Yet the two captains, Sean O'Loughlin and James Roby, both featured in that final six years ago as St Helens battled to a 14-6 victory and as players representing their respective hometown clubs they both know how the fact it is a derby clash adds even more to the title showdown - crowd or no crowd. 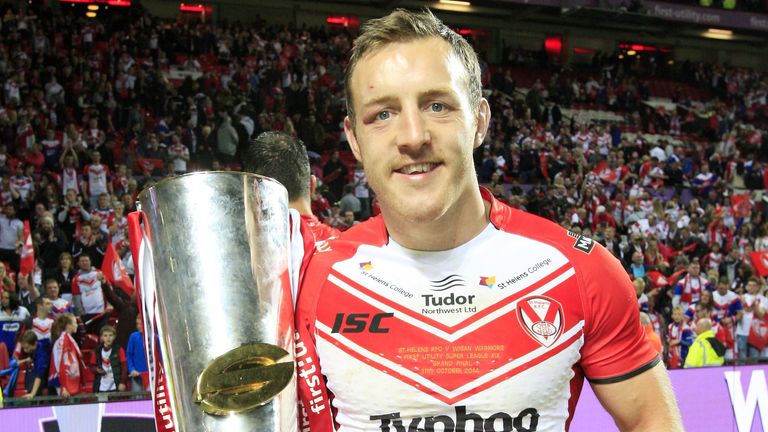 There is no getting away from the rivalry and the hostility of a Saints-Wigan derby.

"There is no getting away from the rivalry and the hostility of a Saints-Wigan derby," Saints skipper Roby, who was awarded the Harry Sunderland Trophy for man of the match in 2014, said.

"Lockers will be the same as a hometown lad who played his whole career at Wigan, I'm the same at St Helens and it's kind of drummed into you from an early age.

"It's a shame we can't have the fans there because it would have been one hell of an occasion and atmosphere.

"But I'm sure both towns will be glued to their televisions and watching, and we'll both be doing our best to get the result."

Roby cites Saints and Wigan being among the pre-eminent clubs of the Super League era as something which has further strengthened the rivalry, although the two sets of players may be closer than most people might think.

Many will have played alongside each other on international duty, underlined by the fact 11 of the 28 Super League-based players in Shaun Wane's current England performance squad are from the two clubs.

Familiarity, in this case, does certainly not breed contempt though. But come 8pm on Friday night, all personal friendships will be put to one side for 80 minutes.

"The weird thing is we're pretty familiar with each other, especially the English lads," O'Loughlin, who brings the curtain down on a stellar career after the Grand Final, said. 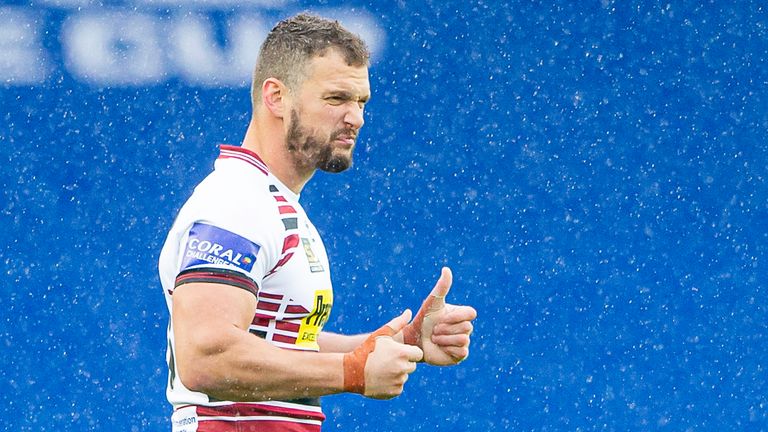 Come game-day, you know the weight of the town is on your shoulders and I think that's what drives the dislike for each other as a club.

"If you play for Wigan or Saints, you've probably been involved with internationals together and you get to know the boys pretty well.

"But come game-day, you know the weight of the town is on your shoulders and I think that's what drives the dislike for each other as a club.

"Whenever you put the shirt on and you go out there, whatever game it may be, you know there is expectation on your shoulders."

Even those who have not grown up with an in-depth understanding of the St Helens-Wigan rivalry will soon find out what it means to the clubs and their supporters, something Kristian Woolf discovered soon after arriving on these shores to take over as Saints head coach late last year.

The Australian's first experience in charge for a derby in September saw the Red Vee triumph 42-0 over a youthful Wigan team just days before the Warriors played in a Challenge Cup semi-final, but last month saw the Warriors turn the tables with an 18-6 win in a gripping contest.

That result put Wigan on course to claim the League Leaders' Shield as well, and Woolf is expecting another hard-fought encounter when the sides face off to be crowned Super League champions for 2020.

"Any time you're playing in a Grand Final it's a great occasion and obviously something to really look forward to and be really proud of," Woolf said.

"With the rivalry, I've only been here 12 months, but I've learnt about it really quickly - and the respect that is there between the two towns as well as the two teams.

"It certainly adds to the occasion and it's a shame we can't have 60,000 people there adding to the atmosphere, but it doesn't take away from what the game is going to be one bit."