Sky Sports rugby league pundit Barrie McDermott is eager for the return of crowds, plus looks at the Challenge Cup quarter-finals and some other big issues in Super League.

There's only one place to start this week because, even if it's with limited numbers, we are counting down to welcoming fans back through the turnstiles.

I and my commentary colleague Terry O'Connor have said on almost a weekly basis, as people with jobs to do at matches we have sorely missed crowds. The instant feedback you all give us is an unmistakable and a much-missed ingredient, and you are a huge component of any rugby league match.

When you speak to the players, they are as excited about the return of fans as the fans are to return and support their heroes, and that tells you all you need to know about the game.

The uniqueness of our sport is our connection to the people on the terraces. It's like going out for a meal with only half your family - you are eating, but still thinking about those who cannot be there. As I say, we have missed you.

I was speaking to one chief executive this week who told me the limited numbers of fans able to return will actually cost his club money. But he feels it's so important to have crowds again, it's something he's happy to cope with.

When you speak to the players, they’re as excited about the return of fans as the fans are to return and support their heroes, and that tells you all you need to know about the game.

It's been 14 long months since you were able to cheer on your heroes. No doubt you have missed the game, but the game has missed you too.

To those many season ticket holders who turned down the opportunity of a refund to help their club in these unprecedented times - thank you. Now it's the clubs' chance to say the same.

Thanks also to Alex Simmons and Karen Moorhouse, who gave their time this week to join Brian Carney for an important conversation in the wake of the Tony Clubb/Andre Savelio incident.

I'm well aware there's a long way to go with these issues - but we are talking about them, which can only be a good thing. 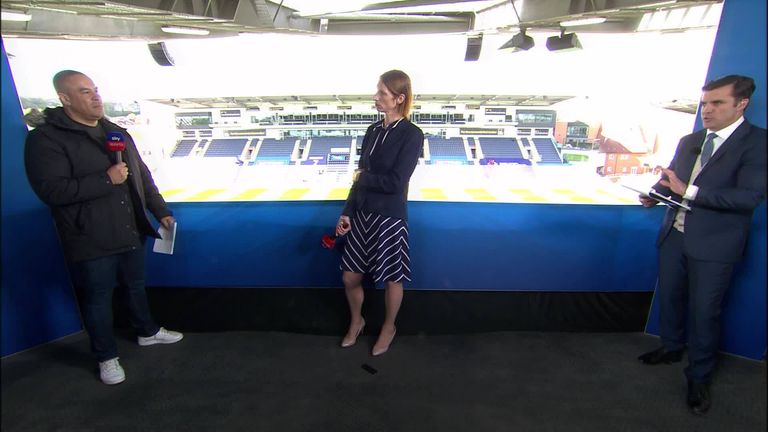 On the pitch, Saturday's performance in the Challenge Cup quarter-finals against Castleford Tigers did Salford Red Devils the power of good despite the result and if they can carry that effort into Monday's clash with champions St Helens, we could be in for an absolute cracker.

As for Hull FC, I thought they were outstanding - playing to their strengths while exposing Wigan's weaknesses. The Black and Whites' attitude to defence was the best we have seen from a Hull FC team in many a year so far - in 2021 they look like cracking the monopoly of SL's usual suspects.

I expected more of Hull's next opponents Catalans Dragons in their quarter-final against the Wolves, for whom Daryl Clark continues his incredible form.

With the 2014 Man of Steel heavily rumoured to have signed with an NRL club, and Wigan Warriors' Oliver Gildart also reportedly on the verge of a move Down Under, it brings up a conversation we seem to have every year: What can we do to keep our top stars in Super League? 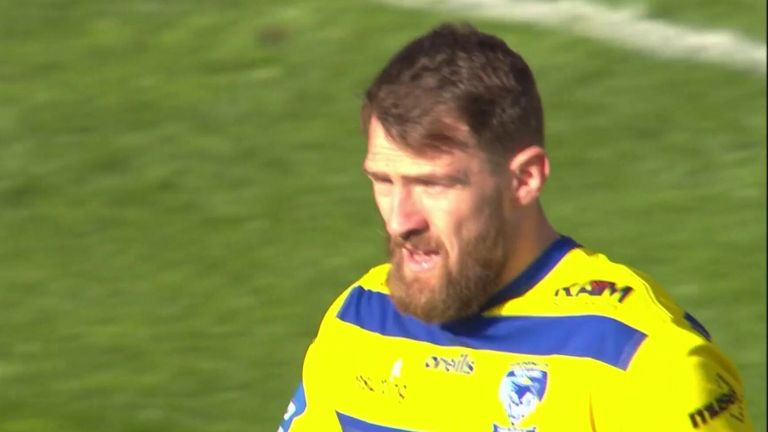 I do not blame the player - there's no doubt if Daryl went, he would make it in Australia as he's a quality athlete - but we need to do more to keep our top players in this competition.

The question is: how? We need everyone, including current and former Super League and NRL players to get round the table and find a solution.

For those that argue the status quo improves the Great Britain & Ireland side, I am not interested. While it is true the individual could improve by switching competitions, we need to keep all our best players here to improve this competition instead.

Tom Trbojevic; Luke Keary; Xavier Coates; Adam Reynolds; Nathan Cleary - it's unrealistic to think we can recruit players of that calibre from Australia. But good quality imports improve an environment.

I remember Dave Furner, Steve Renouf, Matt Gidley, Jamie Lyon and Craig Fitzgibbon in Super League. Those were halcyon days with a constant influx of influence.

Wouldn't it be great to see our competition showcasing more quality Australasian imports alongside the best of British - a Super League so competitive that every game could go either way.

Less is more, so with more Brits getting an opportunity, adding the odd quality player will increase the bottom of the pyramid to better the odds at the top.