"We are progressing in the conversation and these big players who are retiring, it just shows there is gravity towards making some big decisions and making progress when it comes to research," Ward told Sky Sports News

Stevie Ward believes the announcement of Boyd Cordner's enforced retirement due to the effects of concussion is another sign of rugby league's changing attitude towards head injuries.

Australia captain Cordner has not played since last November and has abandoned plans to return with NRL club Sydney Roosters, instead announcing on Monday he will be retiring from the sport aged 29.

Former Leeds Rhinos captain Ward, whose own playing career was brought to an end due to the effect of concussions at the age of 27, sympathises with Cordner and is in no doubt the retirement of such a high-profile player will lead to more progress in this area.

Huge decision for a man who was rooted in his prime and one of the most respected in the game. Saying farewell to the biggest relationship that you have had in your life is almost impossible and I’m still working it out now. Concussion it seems has been both our hardest opponents https://t.co/9IAZiDT7ze

"There is definitely a shift happening in the game," Ward told Sky Sports News. "Boyd Cordner is one of the biggest players in rugby league: Captain of Australia, co-captain of the Sydney Roosters and I feel for him.

"I know what it's like, I'm still on that journey of stepping away from the game earlier than you would expect. He's still got that life inside of him to be a rugby player and offer so much to Sydney, the game and Australia, and it's hard to step away from the game.

"We are moving into a place where, specifically, the NRL are clamping down on high tackles and they're doing a great job with that.

"We are progressing in the conversation and these big players who are retiring, it just shows there is gravity towards making some big decisions and making progress when it comes to research." 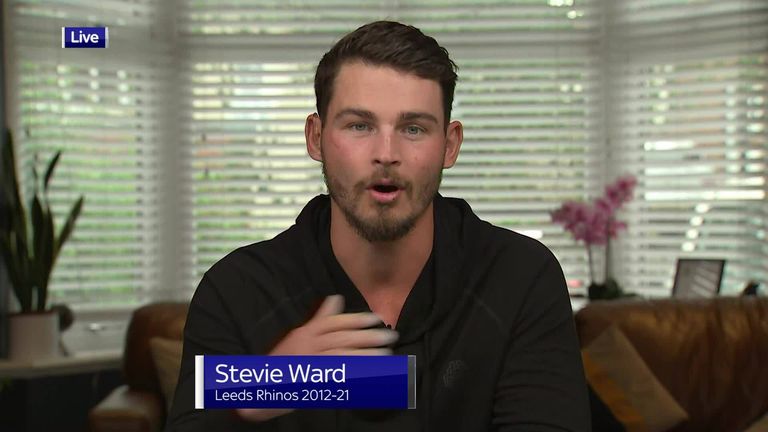 Cordner's retirement comes around two months after Roosters team-mate Jake Friend had to stop playing due to concussion and the NRL have clamped down on high tackles this season in a bid to protect players from head injuries.

That has resulted in record numbers of players being sent off, cautioned and suspended, and Ward wants that approach to be replicated in Super League. However, he is mindful of striking a balance between player safety and retaining rugby league's physical spectacle.

"I think the NRL are doing the right thing," Ward said. "Some of the clips I've seen there have been casual knocks to the head like catching players with a shoulder or a swinging arm, and these are things we need to get rid of because they all build up.

"It's not good to bang your head all the time and I think there needs to be a right balance. We need to keep the game brutal, we need to keep it tough and keep it exciting to watch.

Australia captain Boyd Cordner announced his retirement from rugby league at the age of 29 due to the effects of repeated head injuries.

"But the news with Jake Friend, Boyd Cordner's team-mate who retired from concussion not long ago, and now this news has come out - we do need to keep on the path of getting rid of the knocks to the head which are so easy to stamp out.

"The NRL are doing that with sin-bins, cautions and send-offs. We need to continue on that path."