St Helens full-back Lachlan Coote will join Rovers on a two-year contract from next season. "I think the club itself is heading in the right direction. I’m really excited to get across there and see what the city and the fans are all about," Coote said

Lachlan Coote has revealed how Tony Smith's vision for Hull Kingston Rovers was key to him agreeing to join the club on a two-year contract.

The St Helens full-back's long-rumoured move to their Betfred Super League rivals for the 2022 season was confirmed on Wednesday evening, ending a three-season stay with the back-to-back champions.

He is the latest high-profile signing to agree a move to Rovers and head coach Smith's vision and approach to player management proved key in the Scotland international deciding to move to East Hull from next season. 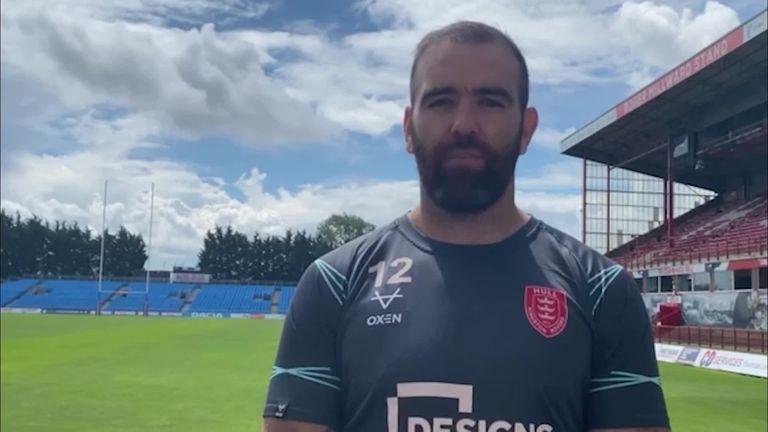 "That was the main reason to sign for the club really," said Coote. "I was having some great chats with Tony on what Hull KR are all about, and what they have in place really appealed to me.

"I'm really big on having that player-coach relationship. Tony was big on it as well, making sure that we could work with each other. I'm really excited for the challenge too, a new start and a move to the other side of the country.

"To move on to Hull KR is exciting. I think the club itself is heading in the right direction. I'm really excited to get across there and see what the city and the fans are all about."

One current member of the Hull KR squad who is looking forward to Coote joining is his fellow Scotland international and former North Queensland Cowboys team-mate Kane Linnett.

The pair were both part of the Cowboys team which claimed NRL Grand Final glory in 2015 and the second row is excited by the prospect of linking up with his close friend again at club level.

"He's a great mate of mine and we've had a lot of footy together at the Cowboys," Linnett said. "We've played in some big games, won a Grand Final and I know what he'll bring to our team. He's very professional on and off the field, so I'm excited to play alongside him next year.

"He's got a great left-foot kicking game and it's going to help out Jordan Abdull on that left-hand side, so the team is looking good for next year.

"I just told him we've got a great bunch of boys and are building a good squad. Hopefully we can play alongside each other and hopefully it helped in making his decision."

Coote has played key roles in both of St Helens' 2019 and 2020 Grand Final triumphs since joining the club, as well as being named at full-back in the Super League Dream Team in his first year in the competition.

Smith is excited by what the 31-year-old will bring to Rovers both in terms of his ability and attitude, and believes it is another sign of how the perception of the club is changing.

"As we have seen with form since he arrived in the UK, he's proven to be one of the most consistent performers in Super League," Smith said. "He is still a top-class Super League player, and he brings a professional mentality.

"Winners have a good professional attitude to their job. He's been really keen to join us and add to what has already been a very successful career.

"Some of the ways that made a player like Lachlan consider us is the way that we are performing on the field. It's made some people stand up and watch us in different ways.

"We've changed the calibre of targets that we have been after, and we have been fortunate to get someone of Lachlan's quality to join a group of people that are working really hard at the moment to be more and more successful."

Lachlan Coote is one of my favourite players over the last decade in both Super League and the NRL; I liked him at Penrith, really liked him at the Cowboys and has been outstanding for St Helens.

He is a calm, reassuring and seemingly ubiquitous presence at full-back, key qualities in a key position.

But he is also highly skilled and fiercely competitive and this is a huge statement signing for a clearly ambitious Hull Kingston Rovers club.