Sinfield was made an MBE at a Windsor Castle investiture ceremony hosted by the Duke of Cambridge on Wednesday. "We've got to keep raising awareness and showing people with MND that people out there care for them," he said 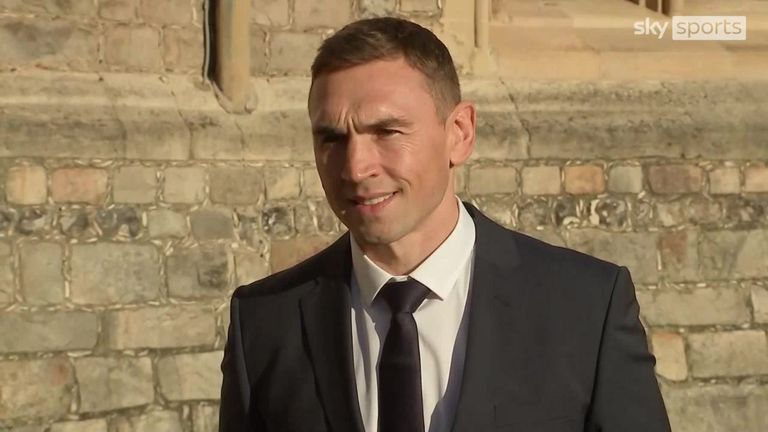 Kevin Sinfield has revealed on the day he was made an OBE he is planning a third challenge to keep raising money and awareness of motor neurone disease.

The Leeds Rhinos great, who is now defence coach at rugby union club Leicester Tigers, was officially awarded the honour at a Windsor Castle investiture ceremony hosted by the Duke of Cambridge on Wednesday.

Sinfield has already completed two gruelling fundraising challenges, inspired by the plight of former team-mate Rob Burrow who was diagnosed with MND in December 2019, and is now finalising a third for later this year.

👏🎖️ Congratulations to the great Kevin Sinfield who has today received his OBE for services to Rugby League and Charitable Fundraising from the Duke of Cambridge during a ceremony at Windsor Castle. pic.twitter.com/Q3QN4e8aGb

"As a former team-mate, we do what friends do and I was fortunate enough to play alongside him for 15 or 16 years on a rugby field," Sinfield told Sky Sports News.

"You don't just stop being a team-mate because the rugby stops. That continues and we'll keep doing what we can.

"I've got something planned for later this year. It's not due to be released yet as I'm still putting some finishing touches to it, but I've got a bit of a plan and it's the third of the trilogy.

"The money is really important because that's what makes the difference, but we've got to keep raising awareness and showing people with MND that people out there care for them and are willing to do that extra bit."

The physical demands of his most recent challenge proved particularly draining for the 41-year-old, but seeing Burrow at the finish line and the inspiration of his close friend, plus Doddie Weir and Stephen Darby - two other former sportsmen battling MND - kept him going.

"It took a fair bit out of me at the time, but I'm back to normal now thankfully," Sinfield said. "But it has given me some wonderful memories again; I'll never forget the finish line where we met with Rob and his family.

"I think the whole team created memories for life and I'm really buoyed by their support. The support was incredible, and the rugby people got behind us, league and union, and what Rob, Doddie and Stephen Darby have been able to do has been incredible for the MND community. 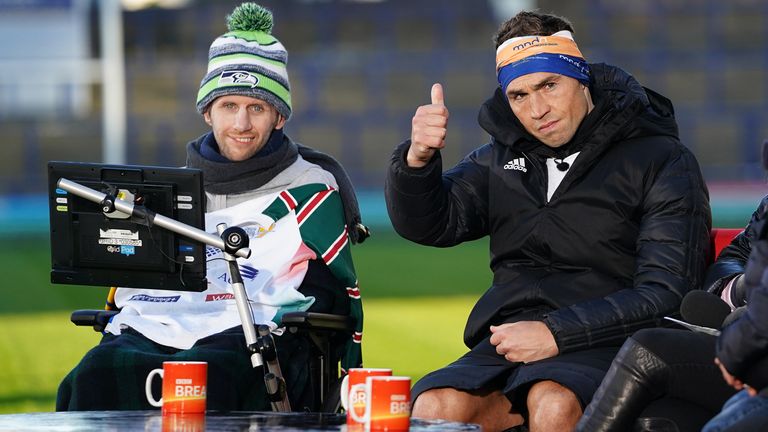 "I suppose we're just trying to do our bit as former team-mates, and I will say the team we have put together has been incredible and without them I wouldn't have been able to do it."

Sinfield revealed his pride at being made an OBE, and while he is honoured to be able to represent the sport of rugby league in this way, the work he has done in supporting the MND community post-playing is just as important to the former Rhinos captain.

"It's a huge honour," Sinfield said. "To represent the sport I grew up playing and love to bits has been fantastic, but probably more importantly the work for the MND association and on behalf of Rob Burrow has been incredible.

"I represent the whole MND community now and it's brilliant to keep raising awareness and funds - and represent the great team we've put together for the two wonderful challenges, so we'll carry on."