The Sea Eagles have unveiled their 'Everyone in League' jersey on Monday; coach Des Hasler said on Tuesday the players opposed to wearing the pride jersey on "religious and cultural" grounds and would not play the home match against Sydney Roosters on Thursday 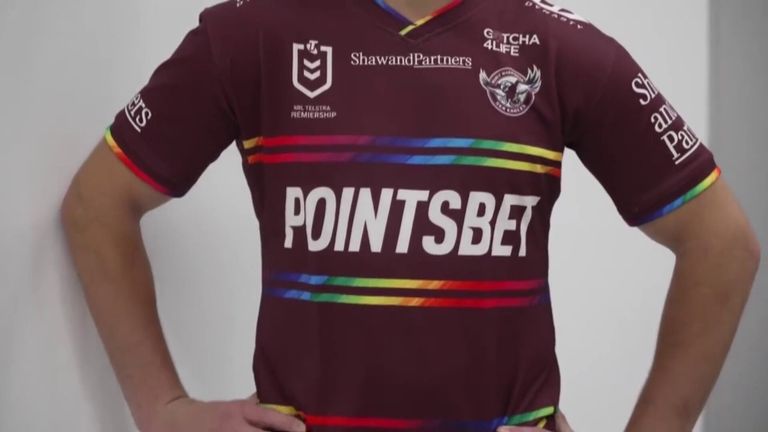 Seven players from Australian National Rugby League team Manly Sea Eagles will boycott a championship match this week in protest at being made to wear an "inclusiveness" jersey, triggering criticism from the club's first openly gay player.

Manly coach Des Hasler said the players were opposed to wearing the pride jersey on "religious and cultural" grounds and would not play the home match against Sydney Roosters on Thursday.

"The players will not play on Thursday, and we accept their decision," an emotional Hasler told reporters at a media conference on Tuesday.

"These young men are strong in their beliefs and their convictions, and we will give them the space and the support they require."

Manly announced on Monday the team would wear the jersey which has rainbow bands as a symbol of "inclusiveness".

Former Manly great Ian Roberts, the first professional rugby league player to come out as gay, said the players' opposition to the jersey was "sad and uncomfortable."

"I can promise you every young kid on the northern beaches (of Sydney) who is dealing with their sexuality would have heard about this," he told Sydney's Daily Telegraph.

Coach Hasler said Manly had mismanaged the well-intentioned jersey initiative by not consulting its players and had failed to adequately inform stakeholders inside and outside the club.

Reading from a prepared statement, he apologised on the club's behalf both to the players and to the "minority groups within the community who embrace the rainbow colours as a symbol of pride in who they are."

"The intent of the jersey was to support the advocacy and human rights pertaining to gender, race, culture, ability and LGBTQ movements," he said.

"Sadly, the execution of what was intended to be an extremely important initiative was poor. There was little consultation or collaboration between key stakeholders, both inside and outside the club.

"Sadly, this poor mismanagement has caused significant confusion, discomfort and pain for many people.

"We have even adversely affected our playing group, a wonderful group of people comprising of many different races and cultural backgrounds.

"We wish to sincerely apologise for the mistakes we have made," Hasler said. "We wish to apologise to the minority groups within the community who embrace the rainbow colours as a symbol of pride in who they are and what they stand for.

"We wish to apologise to the LGBTQ community who embrace the rainbow colour for pride and advocacy and human rights issues. We accept your cultural beliefs and hope that you can accept our apology.

"We wish to apologise to the Australian Rugby League Commission, all the NRL and the other 15 NRL clubs for creating negative news, shifting the spotlight from the launch of the Women in League round.

"We wish to apologise to our own playing group and staff for any confusion, discomfort and pain that the mistake we have made may have caused them."

Prior to Hasler's comments, NRL boss Peter V'landys said the league respected the players' position but hoped they would change their minds.

Australian Prime Minister Anthony Albanese earlier endorsed Manly's decision to wear the jersey and said he hoped the standoff would be resolved.

"It's a good thing that sport is more inclusive," he told reporters on Tuesday. "It's important that in Australian society, we respect everyone for who they are."

The controversy has completely overshadowed the NRL's launch this week of its "Women in League Round", which is focused on the role of women in the sport and tackling gender inequality.

The boycott was criticised widely on social media. Hasler said the club needed to support their players, particularly on the "mental health side".

Manly will now be shorthanded for a match that could have a significant impact on their chances of qualifying for the NRL playoffs, the game will be broadcast on Sky Sports on Thursday at 10.50am.

They are ninth on the table on equal points with the eighth-placed Roosters with six rounds left in the regular season. The top eight teams qualify for the playoffs.

Roberts supportive of pride round | Hopes for more discussion

Former Manly player Roberts spoke further about the situation and hopes greater discussions can be had about inclusion. 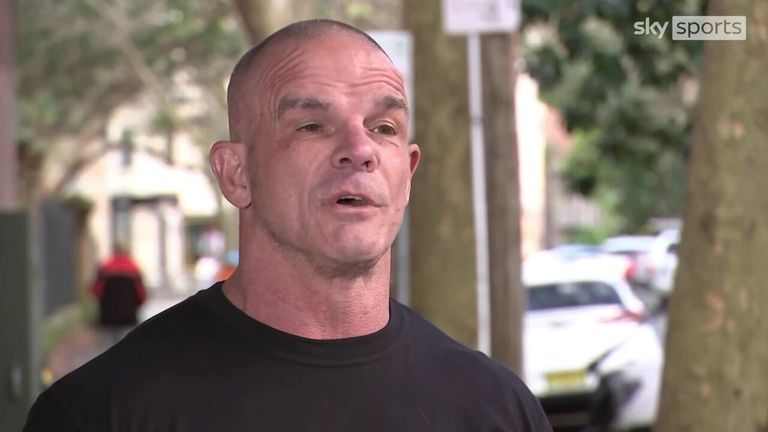 "When Manly announced they were having a pride round it was wonderful news to me," he said.

"I was approached a month ago to see if I would be involved in any sort of publicity and I was fully on board. It was an incredibly nice experience.

"I will say, even a month ago when I was approached, I was surprised that there wasn't any pushback. I was surprised up until a few days ago that it had taken this long for there to be pushback.

"I would love, given the opportunity, to be able to sit down around a table with those guys and just have a conversation with them.

"I don't want to start quoting all of those terrible statistics that we know about the LGBTIQ+ community with self-harm and those types of things, but they are the types of consequences that come when there's pushback with stuff like this."