There are four matches in Round 24 of the Betfred Super League taking place on Friday evening; watch Hull FC vs Wakefield Trinity live on Sky Sports Action from 7.30pm (8pm kick-off) 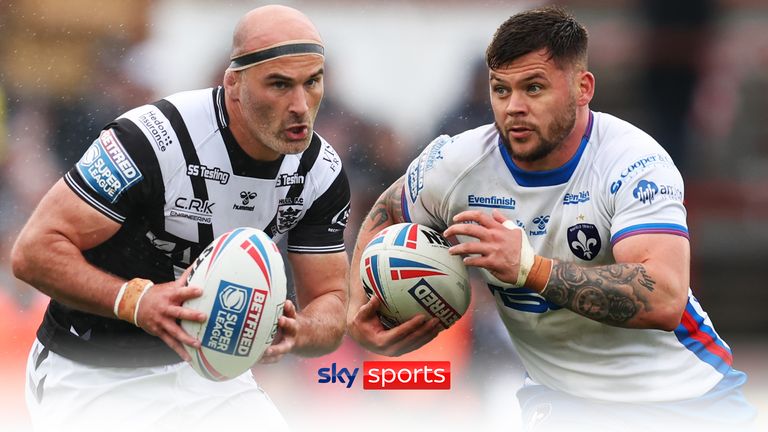 We take a look at what is being said and team news ahead of a bumper night of Betfred Super League action on Friday evening...

Willie Poching will not allow Wakefield's players to take their foot off the gas after taking a big step towards securing their Super League status last week.

The 30-12 victory at home to Wigan Warriors moved them four points clear of bottom side Toulouse Olympique, but head coach Poching knows the job is not done yet.

Trinity now travel to Hull FC on Friday for a game which is live on Sky Sports and head coach Poching has reminded his side there is still everything to play for.

"The proof is in the mathematics," Poching said. "There are four games to go, there's eight points there.

"Toulouse are not going to die wondering. They're going to throw everything at their challenges ahead. We have to worry about ourselves and not rely on what they're doing."

Wakefield are boosted by the return of Max Jowitt from injury, but James Batchelor is out and loan signing Jamie Shaull is unable to play against his parent club. 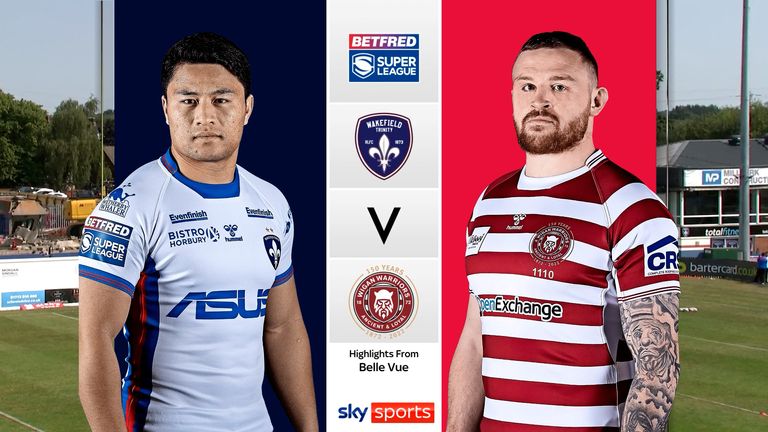 Ligi Sao and Manu Ma'u both return though, while academy pair Lewis Martin and Kye Armstrong could get an opportunity, with head coach Brett Hodgson demanding a better team defensive effort following last week's 60-6 defeat at home to St Helens.

"There are still players out there trying their hardest, but they are doing it alone at the moment, which is causing us to concede points," Hodgson said.

"We have to realise that if we defend together that we can defend those moments, but we switched off in pivotal moments and the heat starts to become a factor."

For only the second time this season, Leeds are set to be able to play with a spine of Richie Myler at full-back, and Blake Austin and Aidan Sezer in the halves.

Injuries and suspension have meant the trio have been unable to feature as much as the Rhinos would have envisaged at the start of 2022, but head coach Rohan Smith could not have asked for a better time for them to be available. 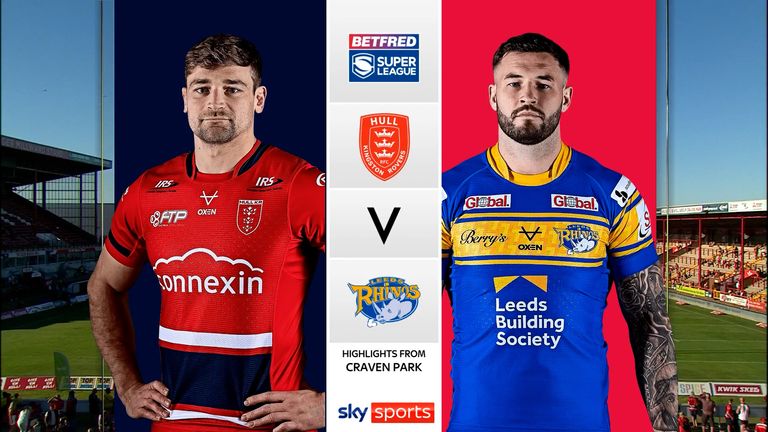 Victory at home to Warrington on Friday would further strengthen Leeds' play-off ambitions and Sezer is excited to get the chance to build combinations with Austin and Myler at the same time.

"It's been really frustrating not to be able to get going with those boys collectively as a spine," Sezer told Rhinos TV.

"We know how serious the game is, we're looking to play well and just tick off the games as we go."

Sezer is one of three players returning to the Rhinos squad from last week's 28-20 win away to Hull Kingston Rovers along with Matt Prior and Rhyse Martin, while academy products Adam Holroyd, Luke Thomas and Leon Hayes could make their debuts for Warrington. 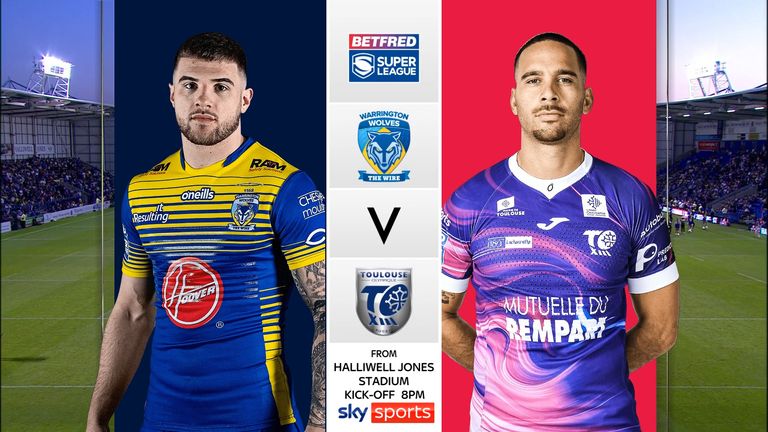 Stefan Ratchford, Tom Mikaele, Matty Nicholson and Connor Wrench are all unavailable for the visitors, but head coach Daryl Powell believes his team are in a confident frame of mind following a much-needed 32-18 win over Toulouse last week.

"We haven't been anywhere near as good as we wanted to be this year and there have been a lot of comings and goings," Powell, who kicked off his reign as Wolves coach with a 22-20 win over Leeds in February, told Sky Sports.

"I think it gives us a foundation to go hard at the rest of the season and move forward with a bit of confidence and positivity."

Danny McGuire admits he would put his boots on again to help his Hull KR side if he could as the team try to navigate the final rounds of the Super League season with a squad ravaged by injury.

Shaun Kenny-Dowall and Greg Richards joined the injury list following last week's defeat at home to Leeds, while Ethan Ryan and Matt Parcell are both suspended too.

The Robins face an onerous trip to leaders St Helens on Friday and although interim head coach McGuire has been able to name a 19-man squad, the 39-year-old would be willing to come out of retirement if required.

"I don't know what the rules are about emergency signings or loans, but if I could play with these boys [against St Helens] I would," McGuire said.

"I love this group and would be there with them if I could and I know [assistant coaches] Brett Delaney and Dave Hodgson would be right behind me." 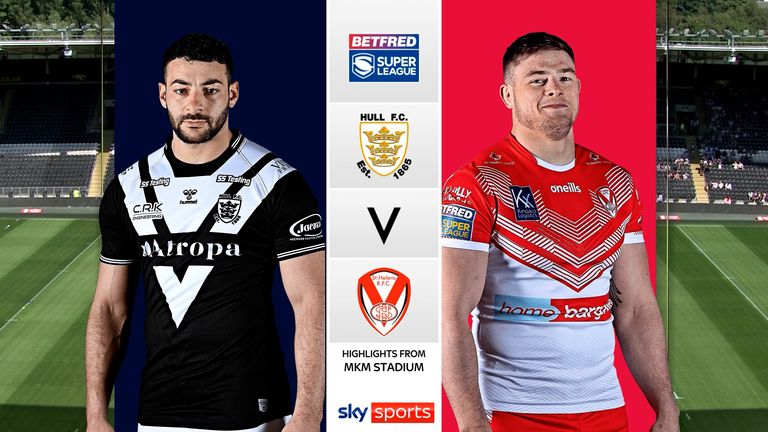 Saints have been hit by injuries too and are without Sione Mata'utia for this match, while Morgan Knowles is suspended following the win at Hull FC. However, Jack Welsby makes a welcome return.

Even though their opponents are down to the bare bones, St Helens head coach Kristian Woolf sees plenty of dangers in Hull KR's side.

"It's a situation a lot of clubs are in," Woolf said. "If you look at the other side of it, they've also named Mikey Lewis, Rowan Milnes, Lachlan Coote.

"That's probably the strongest spine - with Jez Litten there - they've been able to run out with for a number of weeks, so they're going to be a very dangerous side."

Sylvain Houles is refusing to throw in the towel with Toulouse sitting four points from safety with four games of the regular season remaining.

A defeat to Warrington plus Wakefield's victory over the Olympians' Friday night opponents Wigan last week left the French club facing an uphill task to avoid being relegated back to the Betfred Championship after one season.

Toulouse's cause has not been helped by losing Corey Norman to an eight-game ban, but head coach Houles is adamant his side will not give up at this stage of the season.

"We know it's not going to be easy, and we just need to turn up on the day and keep fighting and be better than the opposition," Houles said. "We will believe in ourselves until the end.

"We are not far off, and I think it's important for the game in general and the bigger picture of not just playing rugby league in the north of England."

Toulouse are without Olly Ashall-Bott while he serves a one-game ban too, but Hugo Pezet, James Cunningham and Ilias Bergal are all back in contention.

Wigan, meanwhile, have John Bateman back from injury although lose Mike Cooper to a one-game ban and head coach Matt Peet is not dwelling on the loss to Trinity.

"The turnaround meant we didn't have much choice; it was quite a unique game with the heat so Friday can't come soon enough."