Set of Six: Bradford's financial concerns and the US sumits World Cup bid

Bradford's financial concerns and the US' bid for the 2021 World Cup feature in this week's Set of Six.

Rookie wants to go all the way

NRL Rookie contestant Luke Frixou has voiced his desire to further his rugby league career in the UK.

Englishman Frixou was featured on the show broadcasted by Sky Sports that offered the winner a contract with an NRL club. The Derby-born forward finished 10th in the series and has since returned to the UK.

Frixou had a trial with Salford last year, but his experience with the 13-man game is limited as he grew up playing rugby union. Despite his background, Frixou is eager to push for a career in rugby league after catching a glimpse of the sport. 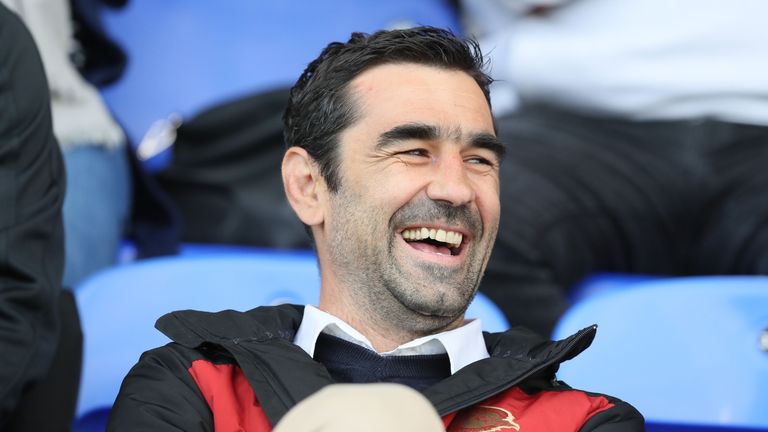 "We will still take it week by week. The first step was Widnes and we'll see how we recover from a tough game and then start thinking about Saints."

"I still want to play league, and I still want to be a professional player," Frixou told Love Rugby League. "I had a taste for it in Australia and I know I'm a good enough athlete to achieve whatever I set my mind to.

"I'm assessing the options but the ideal situation for me right now would be to be playing Championship for a part-time team so I can learn my trade and see what the future holds!"

After the first week of Qualifiers it looks like the Super League clubs may have too much for the Championship sides to contend with.

Hull KR got their Qualifiers campaign off to a winning start with a 58-18 win over Batley, while last season's treble winners Leeds Rhinos romped to an emphatic 62-6 victory at Featherstone.

Leading 34-8 with five minutes remaining, the Centurions leaked four tries at the end for a 34-30 scoreline, a worry for the coaches.

On the coaching staff at Leigh is Paul Cooke, who last week suggested a lack of challenges in the Championship puts Leigh on the back foot in the Qualifiers.

"We only have to play well once every five or six weeks in the Championship, so it is difficult to play seven intense games where players are very good at what they do and have been in those intense games for a season," Cooke told Sky Sports.

Hayne signed with the Titans on Wednesday after leaving the San Francisco 49ers in an unsuccessful attempt to make Fiji's Olympic rugby sevens squad.

The 28-year-old arrived on the pitch in the 28th minute to sustained applause from a sell-out crowd of 25,000 - double the average Titans attendance this season.

Hayne made an impact in his first play for the club, tackling Warriors' backrower Bodene Thompson when he seemed destined to score, before outjumping two players to take a high kick at the other end of the field, and almost scoring a try.

Hayne finished the game with a try assist, his 20-meter grubber kick resulting in the final try of the match to winger Anthony Don.

The Titans will be hoping Hayne continues to make an impact on the field, as they find themselves within touching distance of a top-eight place.

The Gold Coast side are in 10th place, but only one point separates them with seventh-placed Penrith.

Bradford Bulls have averted a crisis by meeting a self-imposed deadline to pay wages owed to their players, slightly allaying fears that the club is in financial crisis.

Last week Bulls chairman Marc Green flew back from holiday to address concerned players and staff after admitting the monthly wages had not been paid on time.

Green gave an assurance the players would receive their wages on Friday and a club spokesman confirmed to Press Association Sport the payment had taken place.

Green had played down concerns earlier last week the club is heading for another spell in administration.

Adding to their issues, the Bulls have also begun the search for a new managing director after Steve Ferres handed in his resignation.

Rugby League heading for the US?

The USA confirmed last week they have submitted a bid to host the World Cup via a Sydney-based sports marketing and event management company. If successful, it would be the first time the tournament will be staged outside Australasia and Europe since it was first held in 1954.

"We are honoured and excited at the opportunity to showcase this sport to this nation - and the nation to this sport," said Jason Moore, the Australian chief executive of Moore Sports International.

David Collier, chief executive of the Rugby League International Federation, which is due to announce the 2021 venue during the 2016 Four Nations Series being held in England in the autumn, welcomed the US bid.

"The RLIF is committed to growing the game and is working diligently to have rugby league recognised as one of the world's leading sports," Collier said.

"This year's bids, including a first-time bid from the United States via Moore Sports International, certainly affirm our belief in the greater opportunities ahead."

Dragons on the mend

Catalans Dragons can look forward to their top-four showdown against St Helens with renewed confidence after keeping their season alive with a 26-10 win over Widnes, according to coach Laurent Frayssinous.

The Dragons' semi-final hopes were fading fast after they finished the regular Super League season with five straight losses, including a 32-4 hammering at Widnes, but Saturday's crucial win at Stade Gilbert Brutus enabled them to close the gap on fourth-placed St Helens to just two points ahead of next Friday's trip to Langtree Park.

"Obviously you are always happy when you win," Frayssinous said. "The last six weeks been tough for us, for the team and the club so I'm happy to be back to winning ways.

"We will still take it week by week. The first step was Widnes and we'll see how we recover from a tough game and then start thinking about Saints.

"Next Friday will be tough game. At the moment they are best team in the competition."