Gary Hetherington looks back at 20 years of Super League

In 1996, rugby league turned its back on 101 years of history to enter a momentous new Super League era.

The new competition moved the action from winter to summer and kicked off with the meeting of Paris St Germain and Sheffield Eagles in front of 17,873 supporters at the Stade Sébastien Charléty.

Freddie Banquet scored the first ever Super League try and Paris clinched a landmark victory thanks to a brace from Arnaud Cervello.

Gary Hetherington was in charge of the Eagles on that famous night. Now chief executive of Leeds Rhinos, he admits there was some uncertainty about the direction the sport was taking in 1996 but the creation of Super League has provided provided more stability and structure.

He told Sky Sports News HQ: "It was an exciting time for the sport but it was also a really uncertain time. The Paris-Sheffield Eagles game set this competition alight. Nearly 18,000 people turned up, a wildly enthusiastic French crowd, and against the odds the Paris team won.

"Super League was a new competition, the sport had moved to the summer, the players had become full-time and there was more money in the game.

"But in many ways the sport was treading into the unknown. It was the first time ever that video referees had been employed and big screen decision were made.

"It was an innovative time for the sport and those 20 years have passed very quickly." 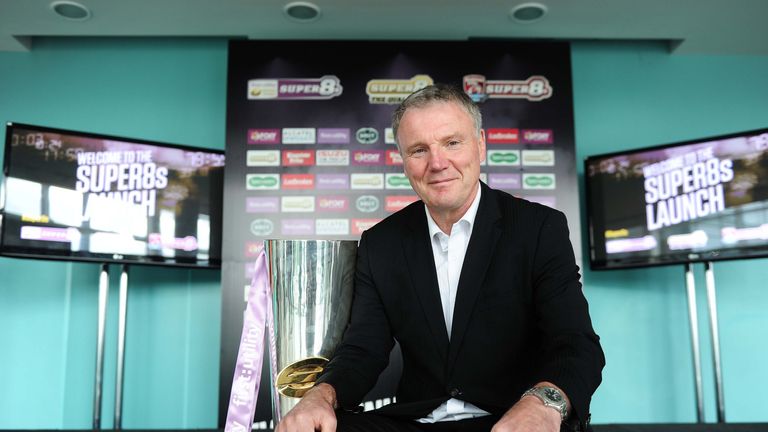 There has been a lot of advances in the sport and we have now got a lot of stability and structure, and a platform to move forward.

The improvement in facilities and standard of play have been the biggest changes over the past 20 years, says Hetherington.

"When we look back the original 12 clubs in Super League included teams like Workington and their stadium at Derwent Park. Halifax were at Thrum Hall, Oldham at the Watersheddings, Sheffield Eagles at Don Valley Stadium.

"All these stadiums are gone, as has the Central Park stadium Wigan played at and St Helens' Knowsley Road, so there has been a complete transformation in the stadiums our supporters see games played in.

"That has probably been the most positive move forward but the move to summer has undoubtedly been a success, from the whole standard of play to players becoming full-time.

"The sport now enjoys more spectators and viewers on TV. There has been a big transformation both in the way the game is played and how it is seen by spectators, and all of those changes have been for the good.

"Of course, 20 years ago people were dreaming about Super League being played in Madrid and Barcelona and a whole range of European cities. That has never materialised and the Paris club only lasted two years, but they have been replaced by Catalans Dragons, who are one of the strongest clubs in the competition. It still has the French flavour about it.

"The creation of Super League 20 years ago brought a lot of uncertainty to the game. Established clubs like Widnes, Hull and Hull KR weren't part of the competition but they are now.

"The traditional clubs very much make up the Super League and the Championship is a very vibrant competition, as well as the community game below that.

"There has been a lot of advances in the sport and we have now got a lot of stability and structure, and a platform to move forward."