Super League: 21 games in 29 days in August as fixtures for rest of 2020 regular season are revealed

Watch the return of Super League live on Sky Sports, starting with a triple-header on Sunday, August 2.

Super League returns to action with 21 games in 29 days next month – and Sky Sports will be broadcasting all of them live.

By the time the top-flight season resumes on Sunday, August 2, it will have been almost five months without any matches, but rugby league fans will be able to get their fix soon.

Super League has announced the fixtures for the resumption of the 2020 season and August will see entire rounds played over Saturdays and Sundays. 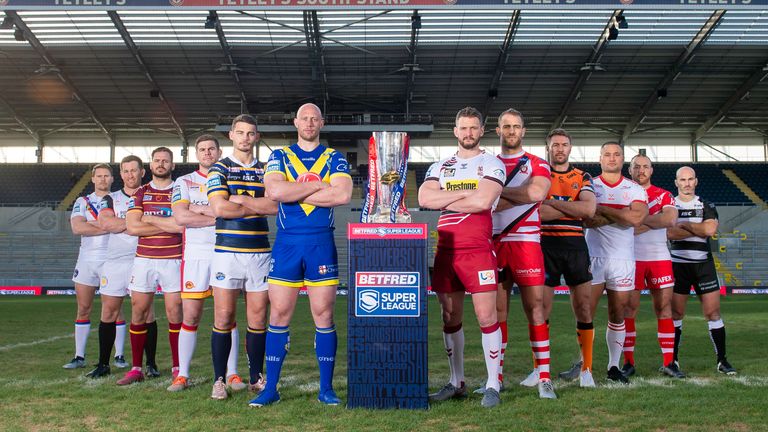 Initially, the games will be played behind closed doors at neutral venues. The two that have been confirmed so far are Leeds' Emerald Headingley Stadium and the Totally Wicked Stadium in St Helens.

Headingley will host all games from August 2, before the competition moves across to St Helens for round nine, the weekend of August 15 and 16. The venues following that weekend are still to be confirmed.

The decision to initially limit the number of stadiums used means the governing body are in control of bio-security.

"We were really pleased to be able to confirm a restart date - but fans really want to know who their team is playing and when.

"It hasn't been an easy process. We have needed the buy-in of our clubs and support from Sky Sports and we're delighted all parties have pulled together to allow us to announce our fixtures and provide the focus for the remainder of the 2020 season.

"It's fantastic that all games in August will be live on Sky Sports. I'm also pleased to confirm that Sky Sports are supporting our efforts to explore other ways to bring as many games as possible into the homes of Super League fans."

August and September will see teams play one game a week, with the exception of Wakefield Trinity, Catalans Dragons and Leeds Rhinos who will also play catch-up games.

Teams will be subject to a busier schedule throughout October and November, with eight rounds scheduled, including some midweek matches, with the anticipation spectators will be able return later in the year. 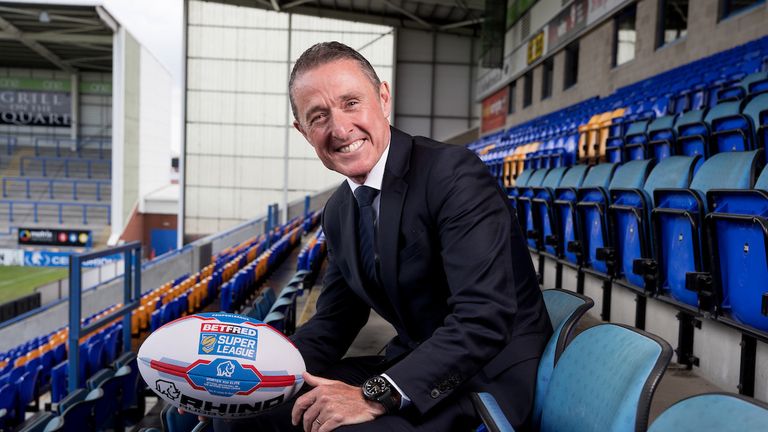 Today’s fixtures announcement finally brings the 2020 season back to life.

Super League said giving clubs the opportunity to play in front of crowds was important.

While there is still no confirmation on a date or venue for the Grand Final, both the play-off semi-finals and the showpiece event are planned to take place at the end of November.

Players have been undergoing COVID-19 tests, which will be carried out on a weekly basis until the end of the season, or when medical advice changes.

The game will, however, look a little different when it returns, with the decision to make a few changes to the rules, mainly for health reasons.

The most notable being that scrums will be replaced by tap restarts until at least the end of the season, and the adoption of the 'six-again' rule for ruck infringements - a change which has been hailed a huge success in the NRL.

"We're delighted to see the return of Super League to Sky Sports and we have a fabulous selection of matches to kick-off the season with a bang," Sky Sports managing director Rob Webster said.

"With 21 games in the first month alone, Sky customers who have been waiting patiently for the sport to come back can look forward to a feast of live games starting on August 2."

Due to the current environment and the challenges COVID-19 presents, all dates of fixtures are subject to change depending on government advice.

All dates subject to change due to government advice.