England's record international appearance-maker signed off by helping St Helens lift the Super League title with an 8-4 win over Wigan. "It's hard to put into words, I'm a bit lost and it doesn't really feel real," Graham said.

After the trophy had been lifted and the medals collected at the end of this year's Super League Grand Final, James Graham took the opportunity to have a few moments to himself.

The prop, who brought the curtain down on an 18-season career in the match, stood and scanned the empty stands of Hull's KCOM Stadium taking in his last moments on a rugby field in the wake of St Helens' 8-4 win over Wigan Warriors.

After then embracing with Wigan captain Sean O'Loughlin - himself retiring after 19 years with his hometown club - Graham then carried the Super League trophy through a guard of honour in conjunction with Saints team-mate Zeb Taia, who is now heading back home to Australia.

There was, however, still one more duty to perform and in the last post-match press conference of his playing days - which including quotes from comedy characters David Brent and Alan Partridge thrown in for good measure - Graham admitted it was difficult to surmise his feelings.

"I just wanted to try to take some mental photographs of it, look around and have an appreciation of what the game has done for me," Graham said.

"It's hard to put into words, I'm a bit lost and it doesn't really feel real."

There is no dispute Graham will go down as one of the greats of the modern era, having won acclaim both in this country during his two spells with St Helens and in Australia where he was a cornerstone of the pack for both Canterbury Bulldogs and St George-Illawarra Dragons in the NRL. 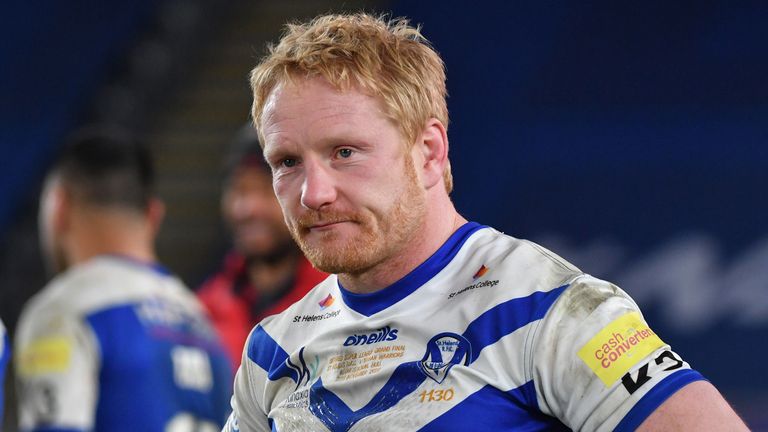 I just wanted to try to take some mental photographs of it, look around and have an appreciation of what the game has done for me.

St Helens head coach Kristian Woolf, who brought Graham back to the club earlier this year following Luke Thompson's early departure to Canterbury, was among those who were delighted to send him out as a champion at the team he began his professional career with.

"I'm really happy for him," Woolf said. "He's been such a good servant of the game for a long time and for this club as well.

"I know he's done big stints in Australia, and clubs like Canterbury and St George will be very proud of him as well, but this is the club he's come from and spent the most time at.

"If you were going to associate him with any club it's this one, and I'm really, really happy for him. He deserves everything he got in the Grand Final and every accolade he has got as well."

It needed arguably the most dramatic finish in Super League Grand Final history to clinch the title though, with Jack Welsby scoring a try on the last play of the game after Tommy Makinson had hit the posts with a drop goal attempt.

Graham was determined to keep a lid on his emotions up until the moment the try was confirmed by the video referee even though some around him were celebrating, knowing what it is like to be on the other side of things from Saints' 2011 final loss and Canterbury's defeat to South Sydney Rabbitohs in the 2014 NRL Grand Final.

"I was trying to stay calm," Graham said. "Obviously, Tommy has had a drop goal that has hit the post and then Jack has chased it down.

"I just wanted to wait until 'try' came up and I was anticipating it was going to be a try. There were a few people coming up and I was like 'just wait, just wait'. Until that went up, I was going to keep a lid on it.

"When you lose a Grand Final, it is devastating. I've had numerous times how the Wigan lads are feeling, but you've just got to get back up."

Although he bowed out a champion, Graham's main motivation in returning to where it all began for him was not to have one last chance of winning the title.

Instead, it was more the chance to help the next generation making their way at the Totally Wicked Stadium achieve something and he is confident this group of St Helens players have plenty more to come after securing back-to-back Super League titles. 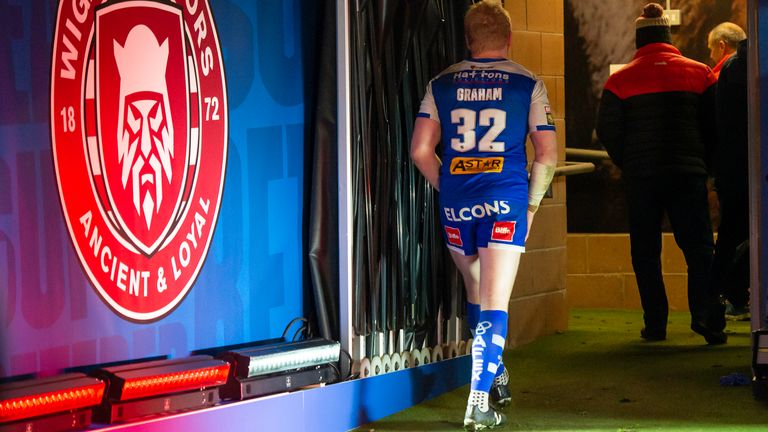 In terms of the group - to quote David Brent, again - if you're facing in the right direction, all you've got to do is keep on walking.

"This isn't why I came back," Graham said. "I came back to try to give myself and this group an opportunity and help as much as I could.

"It wasn't the be-all and end-all, coming back to win a Grand Final. I tried not to speak about winning, just doing what you could do to get the win.

"In terms of the group - to quote David Brent, again - if you're facing in the right direction, all you've got to do is keep on walking."