Catalans Dragons captain Benjamin Garcia broke his forearm in Saturday's 32-30 win over Hull KR; the France international will now be sidelined for at least six weeks as he prepares to undergo surgery on the injury

The France international loose forward has started all but one of his side's 16 league and cup matches this season but will now be sidelined for at least six weeks as he prepares to undergo surgery.

"He'll see a specialist tomorrow and will undergo surgery to repair the injury," read a club statement.

"He will be unavailable for a minimum of six weeks."

Catalans return to Super League action against Wakefield Trinity at the Stade Gilbert Brutus on Thursday. 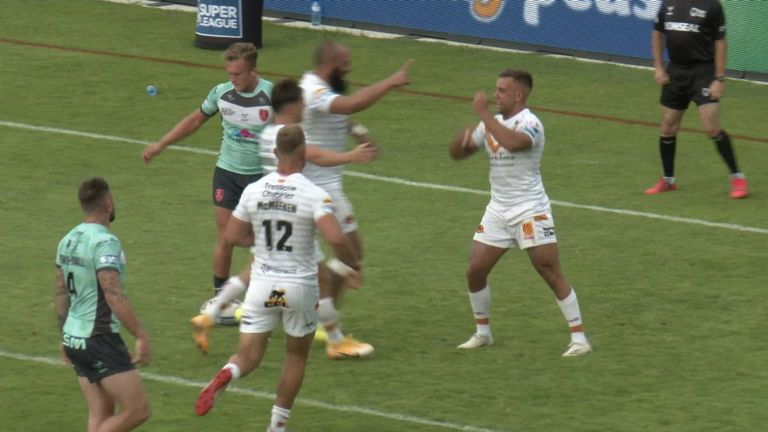 Catalans head coach Steve McNamara was far from impressed with the Dragons' performance against Hull KR despite them setting a club-record 10 Super League wins in a row.

"Of course, I'm pleased that we won but I'm really unhappy with the performance," McNamara said.

"In the last three games, where we've had to come back, we have had to be very disciplined but it's quite clear that we are not at the top of our game. We seem to have created a bit of a habit that we need to get out of very quickly.

"We just couldn't cope with Jordan Abdull's kicking game, we didn't field some balls on the full that we should have and they scored the points and built up a strong lead.

"I don't think there was anything wrong structurally we just couldn't cope with Jordan's kicks.

"There's going to be a lot of frustration among the players and we need to work with that before our next performance."