The rules of rugby league have been tweaked on a regular basis for over 100 years.

The aim has always been to enhance the sport for both the players and the spectators, so what do you think of the amendments that will come into play in 2017?

"All defensive players outside the scrum, other than the scrum-halves, must retire 10 metres or more behind the mark where the scrum is formed and shall remain until the ball has emerged correctly from the scrum.

"This previously stated that defensive players outside the scrum had to retire five metres or more from the scrum."

I'm a 100 per cent supporter of this and have waited patiently for the last decade to see it introduced.

I have often joked that tries directly from scrums should be worth five points, not four, as they generally have a perfect mix of speed, skill and creativity. They get most fans up out of the seats; it is the closest thing to a goal in football.

The lack of time and space to attack from scrums has discouraged teams from even attempting to and yet with half of the team gathered at the scrum, it offers a great opportunity to out-think, outplay and outpace your opponents.

We should now start to see this more often. It is like seven-a-side rugby for one play and I can only imagine how excited some backs must be. Fast feet fed by great hands, longer accurate passes and it could be one of the better decisions regarding rule changes in the last 25 years. 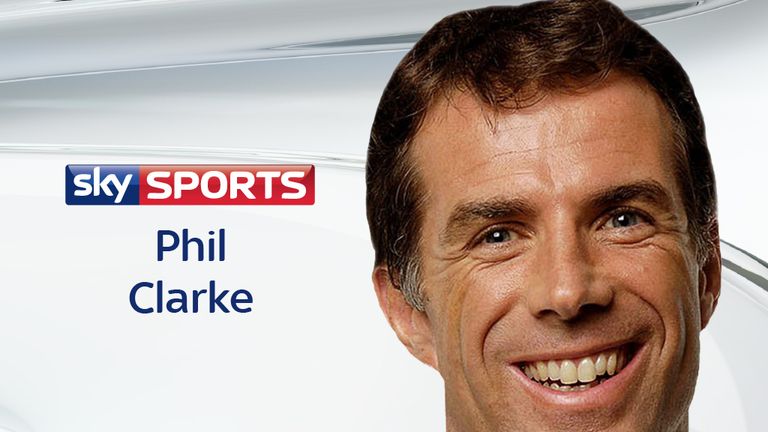 With faster and fitter players the field seems smaller than it ever has and the increase in defensive awareness means that we see less tries when the ball and players are at full speed.

I say could be because it still relies on the referee and touch judge to keep the defending team back 10 metres until the ball is clearly out of the scrum.

Without going into too much detail, the loose forward or last player at the back of the scrum still needs to be able to keep the ball at his/her feet as a deterrent to the defenders moving forward. Nervous backs will want to get up as quickly as they can to cut down the time and space of the attacking team.

Some may even prefer to concede a penalty rather than face the threat of a potent backline and we need to think about how we prevent this from happening on a regular basis.

With faster and fitter players, the field seems smaller than it ever has and the increase in defensive awareness means that we see less tries when the ball and players are at full speed.

This rule should help to restore the fundamental principle of the sport in my eyes. I can't wait for this in 2017 and imagine that several of the top tries of the season will be scored in this way.

"The previous rule of a player being able to straddle the dead ball line or touch in-goal line and be awarded a 20m restart has now changed.

This is another one of those that falls into the "obvious" category. We were in effect penalising a great piece of skill when a kick was accurately placed deep in the in-goal area and stopped just short of the dead-ball line.

If you'd never seen the sport before, it almost looks like the player is cheating when he touches the ball and then gains possession from the restart.

If you ask yourself what effect any of these rule changes will make, you would have to imagine that this one will also lead to more attacking play and probably more tries.

We should see slightly more goal-line drop-outs and in theory a few more tries but I do not see this having a profound effect on the game. It is just a little cosmetic tidy up that we needed to sort out.

"An additional rule is now included in the 20-metre restart law that the initial tackle affected on the team taking the 20-metre optional restart shall be a zero tackle."

I can understand why this has been introduced but I am not a massive supporter of it. We need to try, whenever possible, to make the game simpler not more complicated as it leads to confusion among fans and makes the sport harder to explain to a first-time viewer or casual fan.

I can't really see the purpose and am not convinced that the benefits are big enough to warrant introduction.

Most teams normally make about 40 metres with the six plays that they have in a set of possession and manage to get into their opponents territory. Adding one more play does not make that much difference.

If anything it could encourage one more basic carry with just the one pass from the ruck, or a scoot which does not enhance the spectacle in my eyes.

"The changes regarding the 40/20 law now clarify where and when the tap kick will be taken.

"It specifies that the tap kick will be taken 20 metres in from the touchline where the ball first crossed the touchline but no closer than 10 metres from the goal line."

This seems to contradict everything that I have said regarding scrums earlier. I must be in the minority here and maybe I have it all wrong but it sounds like two steps forwards and two steps back.

I appreciate that the principle of the 40/20 rule is to encourage risk-taking. It has certainly added to the excitement of the game but if you ask most teams if they would rather defend with six men or 13 close to their own tryline then I am almost certain it would be a unanimous call for the latter.

It is as if you are trying to encourage attack then providing some assistance to the defence. I suppose that I will have to wait 12 months to see it in action.

There were less than 50 of the 40/20 kicks in all of the Super League games last year so it is not as common as you might think. I will let you know my thoughts on this at the end of 2017.

"Provides clarification on the position of markers once a tackle is complete."

This seems to be more like a "clarification" than a rule change and I am not sure how important it is. All of the rules need to be policed in my mind, not just one or two.

A quick look back to last season showed a total of 2757 penalties in Super League. Of these, 134 were for the markers being offside.

I know that there were some penalties that were missed and some attacking play was stifled around the ruck area because players were stood in the wrong area, but it is still less than 5 per cent of the total penalties.

In contrast, we had 1,117 penalties for interference in the tackle or at the play the ball (40 per cent). Which do you think needs more attention?

Until you start to make every player play the ball correctly with his foot after he has been tackled, you cannot really start to seriously enforce the rest of the rules. For me, it is rule No 1 and essential that we address it soon.