I hate rule changes in Rugby League. We make them too often and without full consideration of their impact.

However, I feel compelled to suggest another one today.

In a game played last Thursday at Leeds, the referee awarded what is called a 'differential penalty'. We see them for misconduct at a scrum and they differ from a normal penalty kick in that a goal cannot be scored from it.

They were introduced to the game at a time when we saw far more scrums in a match. These were contested events for the ball when the referee had to often guess which team had cheated and should be penalised. 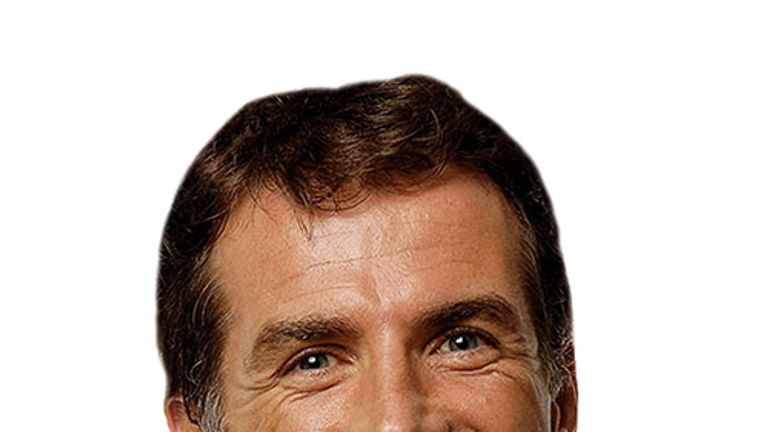 If we want to encourage faster movement of the ball then we need a deterrent to keep six players in the scrum.

As a scrum collapsed, the referee had to make an instant decision as to which team were most to blame and award a penalty against them.

Games were being won and lost on the penalty goals that were kicked from these scrum offences so in 1981 the law changed to prevent kicks at goal being taken from a scrum penalty, other than for dissent and foul play.

Over the last 30 years, the game has changed in many ways, and the scrums are now primarily non-contested restarts.

If you look at all the penalties that we have seen from scrum offences in Super League in 2017 they total just over 24, about 1.5 per cent of all penalties.

Conversely, interference at the play-the-ball has seen over 850 penalties [44 per cent]. The game allows you to kick at goal for these penalties, score two points and win games, but not when it's a penalty from a scrum. Why?

If you asked every team defending their own try line if they would rather defend a scrum or with all 13 men stood in a line in their usual positions my guess would be that the majority would vote for the latter. Teams are happy to concede a penalty as it suits them more.

If we want to encourage faster movement of the ball then we need a deterrent to keep six players in the scrum. Awarding a differential penalty seems to me like giving the advantage to the team that you're trying to penalise.

I'm wise enough to know that my opinion is just that, an opinion, so I thought I'd share with you an email that I received this week:

I listen to almost all of your broadcasts on Sky Sports, and I enjoy your presentation and most of your commentary.

I think you make interesting points, and even though I don't always agree with them, they generally provide interesting discussion topics.

Last week you proposed the abolition of the differential penalty for scrums, allowing a kick at goal to take place.

Perhaps your aim is to eradicate the attempt by a team holding the ball in the scrum to invite the opposition to come offside, thus incurring a penalty.

In my view, this would be a retrograde step. I'm considerably older than you and I have a vivid memory of many matches being decided by a technical scrum penalty. It was an ugly blot on the game and resulted in many packed and repacked scrums which finally resulted in a penalty and often two points, and always on the whim of a referee, who could easily blow a penalty either way.

We've corresponded in the past and like the play the ball, I feel that if you are going to enforce one scrum rule then you need to be strict and enforce them all, which will result in lengthy delays and a poorer spectacle in my opinion.

Bearing in mind that at the time the differential penalty was introduced, the rule also changed regarding head and feed. Previously the attacking team had the loosehead and the defending team had the feed.

As the scrum has evolved of course it is just a way of restarting the match from a fixed point. I think the enforcement of all six forwards being in the scrum (previously not required) is simply to allow more attacking opportunities from the scrum base.

While I agree there are areas of this that could be tidied up, I think that allowing kicks at goal would result with teams in an attacking position who have head and feed employing more and more tactics to 'win' a penalty, and we would either see a game decided this way, or a reluctance from referees to award a penalty and even more chaos.

My own team won a Grand Final in 1976 in part from scrum penalty goals for incorrect feeds, and as much as I treasure that memory, I would not like to see a return to that era.

As always, I enjoy exchanging ideas with you.

What I think Mr Smith can't see is that in principle he is agreeing with me.

He acknowledges that games were determined "on the whim of a referee". You could say that as teams now elect to kick at goal from those interference penalties, more and more games are being determined by the referee.

My aim here is to do one thing, encourage attacking play from a scrum and if the defending team breaks the rules by leaving the scrum too soon then I want to see them properly penalised.

I'm reliably told that there has been some debate at the laws committee to downgrade other types of penalties to differential status, such as an interference penalty, but have heard that there is no appetite for this from Down Under. I'd keep it simple: Just make every penalty a real penalty.

I think the nail has been very firmly hit on the head in your last paragraph, and I was going to make the same suggestion when I read your point about penalties for interference at the play the ball.

Rather than encouraging kicks for goals from penalties we should encourage attacking play, and so I agree with extending the differential penalty to include interference, offside, stripping and other technical offences at the play the ball.

Bearing in mind the differential penalty originated in Rugby Union, as a League fan I do not wish to watch a game that is littered with penalty goals.

Perhaps Sky Sports could conduct an online poll, and could be backed up by a Twitter poll, on whether we should abolish penalty goals for technical offences.