Australia and New Zealand withdrew due to rising Covid cases in the UK; Australian Rugby League Players Association (RLPA) said they had been working with tournament organisers "for some time" on player health and safety protocols and confirm members wanted to compete in autumn tournament

The group representing Australia's rugby league players have criticised the decision by Australia and New Zealand to pull out of the 2021 World Cup as "premature" and said its members wanted to compete in the tournament.

Anger has been directed at the southern hemisphere giants after they attributed their decision to the worsening Covid-19 situation in the UK which made it "simply too unsafe to send teams and staff over".

The Australian Rugby League Players Association (RLPA) chief executive Clint Newton said in a statement the development was "no doubt disappointing for players who were hoping to represent their nations in the tournament".

"We have had feedback from a number of players eligible for these nations stating their intentions to compete in the tournament, pending more information becoming available in the coming weeks," the former second-row said.

"Clearly, the views of those players have not been enough to prevent this decision and we believe it has been made prematurely."

The 40-year-old, who spent time with Hull KR in England amid stints in the National Rugby League, said the RLPA had been working with the tournament organisers "for some time" on player health and safety protocols.

"We have an obligation to advocate on behalf of all players to secure the best possible terms and conditions for the tournament, and this remains ongoing," Newton said.

"For players representing remaining participating nations, our priority will be to help ensure appropriate health and safety measures are in place, and also provide them with the relevant information to make an informed decision about participation," he added.

"We had anticipated that players from Australia and New Zealand would have that same opportunity, which has unfortunately been taken away from them with last night's decision."

The two nations were earlier branded "cowardly" and "selfish" for their decision. 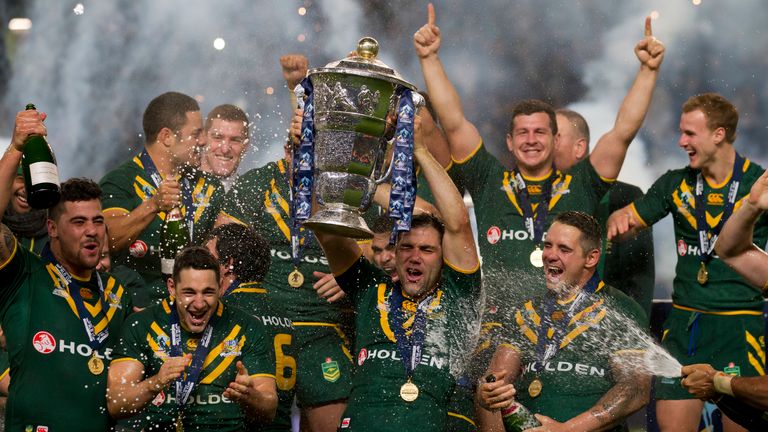 Leader of the House of Commons Jacob Rees-Mogg addressed the issue in Parliament while Speaker Sir Lindsay Hoyle, a Warrington fan, announced he would be meeting tournament organisers to discuss the matter and vaccines minister Nadhim Zahawi said he and Government officials were also happy to meet them.

Rugby Football League chairman Simon Johnson said: "The World Cup organisers have bent over backwards and turned double somersaults to meet every single requirement that was asked of them, by the Australians particularly.

"To have those assurances completely dismissed, I am angry about this. This is a selfish, parochial and cowardly decision which has been taken by the Australian and New Zealand leadership."

Johnson is hoping for a change of heart and former England coach Steve McNamara is urging the NRL clubs to put their self-interest to one side and get behind the tournament.

Officials promised the most efficient bio-security measures possible in an effort to allay safety fears but the NRL clubs remain unconvinced, while wary of the need for players to go into quarantine on their return to Australia which would affect their preparations for the 2022 season.

There was strong criticism from International Rugby League chair Troy Grant, a former Australian politician who says some players are now considering switching allegiances to other nations to enable them to take part in the tournament.

Organisers are frantically trying to work out their next steps after being caught on the hop by the decision, which came just seven days after it was announced the tournament would go ahead as planned on October 23.