Queensland vs NSW
State of Origin 9:10am Wednesday 4th November

Second-half tries from AJ Brimson, Xavier Coates and Cameron Munster sealed a comeback win for the Maroons in Adelaide. Watch game two of the series in Sydney live on Sky Sports Arena and Main Event on Wednesday, November 11

A second-half fightback from 10 points down saw Queensland take game one of this year's State of Origin series with a dramatic 18-14 win over New South Wales.

Damien Cook put the Blues ahead with a converted try after they survived a huge spell of pressure from the Maroons on their own line, followed by Josh Addo-Carr going over in the corner to give them the lead at the break.

But tries from debutant AJ Brimson, Xavier Coates and Cameron Munster after the break saw Wayne Bennett's men take a 1-0 lead in the series, despite Addo-Carr's second try and Felise Kaufusi being sin-binned late on.

The Maroons were dealt a blow ahead of kick-off when Brenko Lee failed a fitness test, with Kurt Capewell - normally a second row for club Penrith Panthers - being handed a debut at centre in the Melbourne Storm man's place.

But he would be one of several players who went on to have a starring role for Queensland in a match at the Adelaide Oval which produced all the thrills and drama the series has become known for over the past 40 years on the first occasion of it being played in South Australia.

The Maroons had the better of the possession during the first half but could not make the most of their opportunities and missed the chance to take the lead in the 10th minute when Daly Cherry-Evans put a kickable penalty attempt wide. 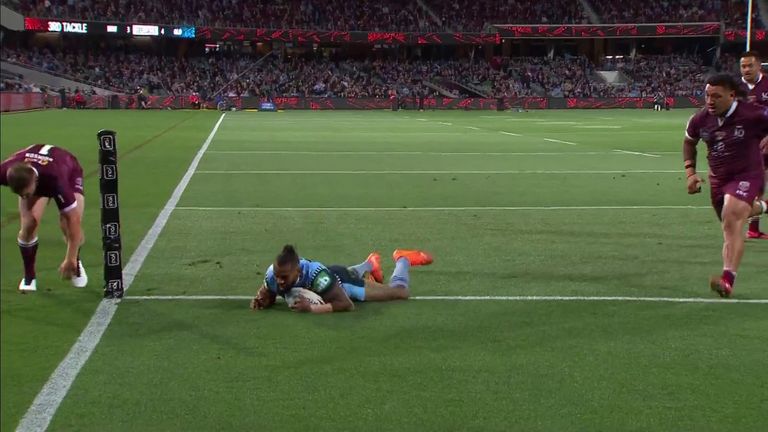 They then had three repeat sets on New South Wales' line, only to come up short and were punished when Clint Gutherson's break sparked a counter-attack which led to Damien Cook going over after recovering his own kick to give the Blues the lead on 17 minutes.

Cleary kicked the conversion and Brad Fittler's men were in again four minutes later, this time with James Tedesco and Gutherson shifting the ball wide to the right for Addo-Carr to score an unconverted try wide on the right.

That was enough to give New South Wales a 10-0 lead at half time, but Queensland came out firing after the break and gradually built pressure which led to them hitting back in the 51st minute. 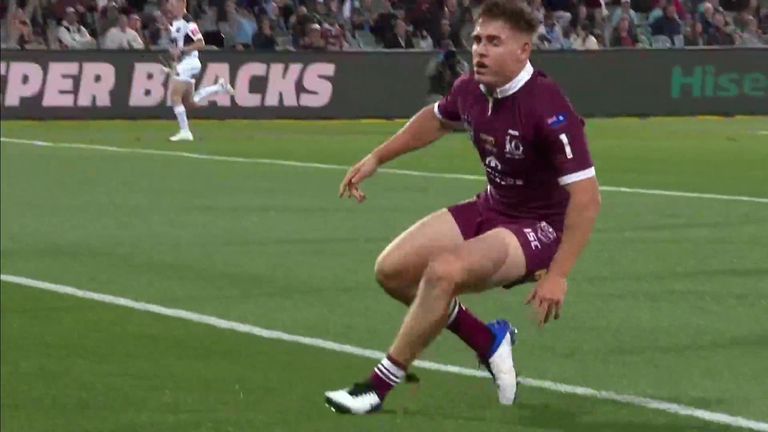 It came when Capewell broke the NSW defensive line and set off down the left wing, followed by putting in an unorthodox kick inside with his right foot which full-back Brimson chased down to score from, with Cherry-Evans adding the extras.

Five minutes later, the Maroons were ahead. Interchange man Ben Hunt came up with a good offload to Cherry-Evans, who released Dane Gagai - impressive in both attack and defence - for the centre to in turn release Coates for another converted score, and his first Origin try, out wide.

Things then went from bad to worse for New South Wales as the clock ticked over to the final quarter of an hour as they lost the ball from a wayward pass, with stand-off Munster beating Nathan Cleary to the loose ball, scooping it up and racing in from 20m for a third converted try. 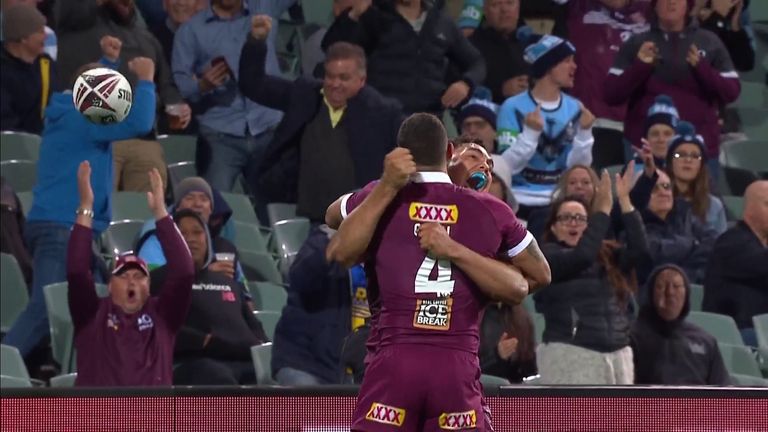 The Blues were not done yet though and ensured it would be a tense finish when Gutherson sent NRL Grand Final winner Addo-Carr over for his second unconverted score with four minutes to go.

However, Queensland were able to hold off some late pressure after Kaufusi was sin-binned for a professional foul to take their seventh win in an Origin opener since 2010, with the series now heading to Sydney's ANZ Stadium on Wednesday, November 11. 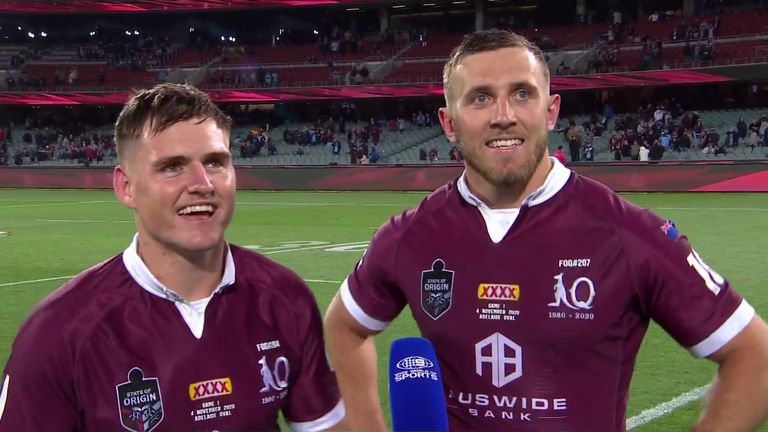