Man of Steel nominee Abdull opened the scoring for the visitors with a try, as well as kicking two conversions, a penalty and a drop goal; Mikey Lewis and Jimmy Keinhorst also crossed to end Steve Price's time in charge of the Wolves on a disappointing note

Despite having been on the defensive for large parts of the opening quarter, Rovers took the lead through a converted try from Man of Steel nominee Abdull and held that at the break even with Albert Vete being sent to the sin-bin.

Mikey Lewis and Jimmy Keinhorst added to that tally, with half-back Abdull kicking another conversion, a penalty and a drop goal to set up a semi-final showdown with League Leaders' Shield winners Catalans Dragons in the south of France.

The defeat means Warrington have now lost their last three play-off matches and brought Steve Price's time in charge of the Wolves to a miserable end.

Hull KR's win was masterminded by Price's Warrington predecessor Tony Smith and they defied the absence of nine senior players to condemn the hosts to defeat. It was a disappointing way for long-serving prop Chris Hill to end his Wolve career too, but he could have no complaints over the result.

With the exception of England prop Mike Cooper, who was suspended, Price could choose from a full-strength squad and opted to leave out former England winger Josh Charnley and Leeds-bound half-back Blake Austin. 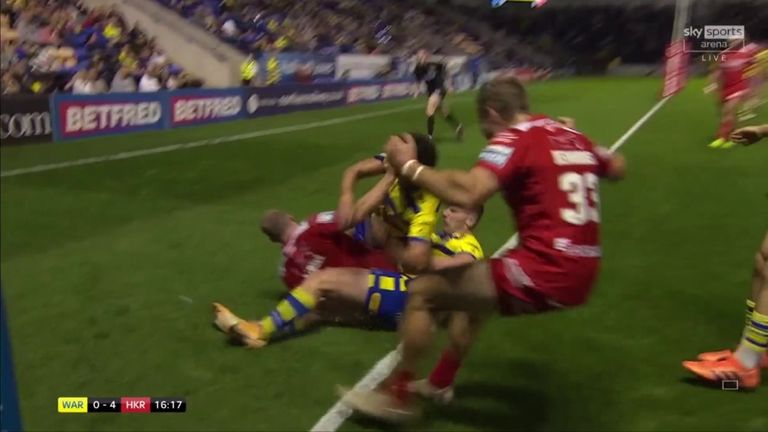 They looked to be in further trouble when centre Brad Takairangi went off with a head injury after 11 minutes, but he was able to return after passing his concussion test.

The first half was littered with handling errors - three of them inside the first three minutes - which prevented either side from building pressure.

Warrington looked threatening in the early stages, especially through hooker Daryl Clark, who looked set to score the first try until losing his grip on the ball as he struggled to reach the line, but their last-kick options let their opponents off the hook.

Hull KR had to weather an early onslaught before taking the lead through Abdull, who dummied his way over after 17 minutes and added the conversion.

When Wolves centre Jake Mamo and stand-off George Williams both went close at the other end, Rovers captain Shaun Kenny-Dowall and winger Ben Crooks came to the rescue with last-ditch tackles which illustrated their team's hunger and desire.

Even down to 12 men with the sin-binning of interchange prop Vete for a high tackle on Gareth Widdop, Smith's men maintained their resolve to protect their lead.

A handling error 10 metres from his own line by young Warrington substitute Ellis Longstaff put his side under pressure just before half-time but Abdull was wide with a drop-goal attempt.

Trailing 6-0 at the break, Warrington opened up the visitors' defence through full-back Stefan Ratchford but again Rovers scrambled superbly and they quickly struck again to double their lead.

Stand-off Lewis intuitively chipped over the Wolves defence 20 metres out and won a foot race with Ratchford to grab the decisive touch.

Abdull converted his own try to make it 12-0 and stretched the lead with a penalty before left-winger Keinhorst, one of the players brought in by Smith to plug the gaps, made sure of the win after 67 minutes by taking full-back Will Dagger's pass to score his side's third try.

Abdull then put the finishing touches to a magnificent performance with a drop goal to clinch a memorable victory. 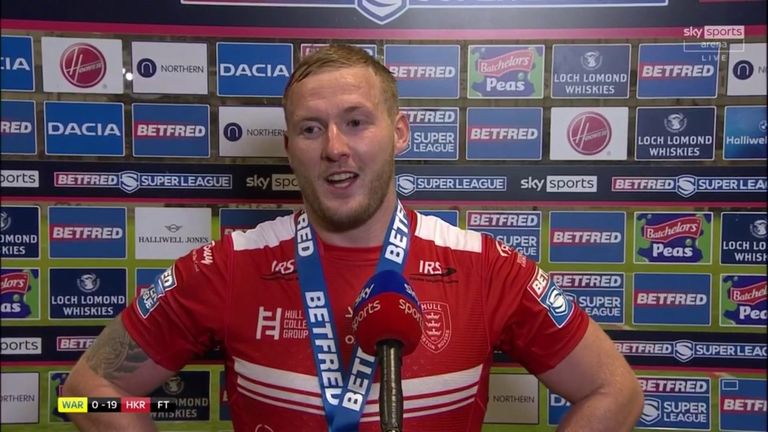 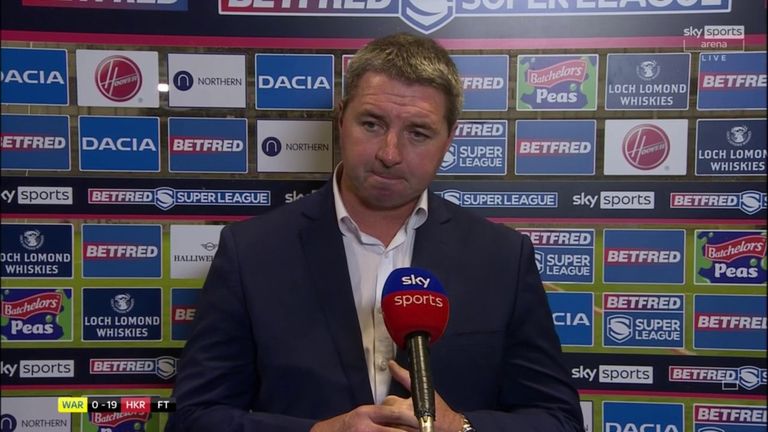 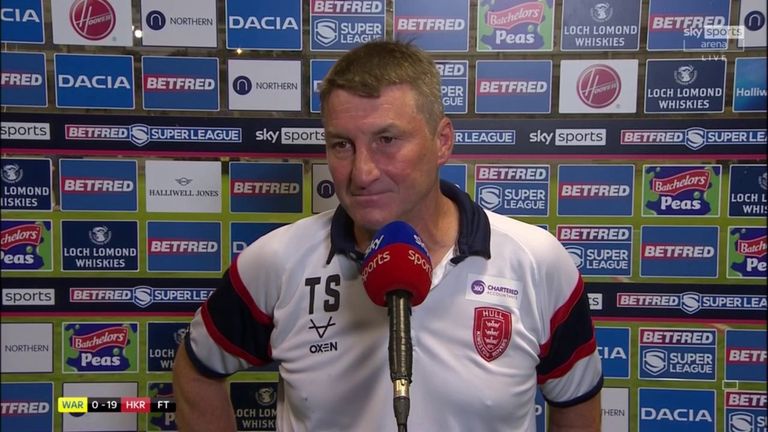