Wigan Warriors stuttered past a stubborn London Broncos side to prevail 18-8 at the DW Stadium.

Adrian Lam's team, who lost to the Broncos in March, were not at their best but still found a way over the finish line to record a third successive Super League victory.

The Warriors found themselves 8-6 down at the interval before Chris Hankinson's opportunist try, and Zak Hardaker's extras, gave them cushion on the board.

The Broncos spend the vast part of the final quarter testing their hosts, and almost crossed with three minutes to go, but Lam's men somehow held firm and did enough to take the victory. 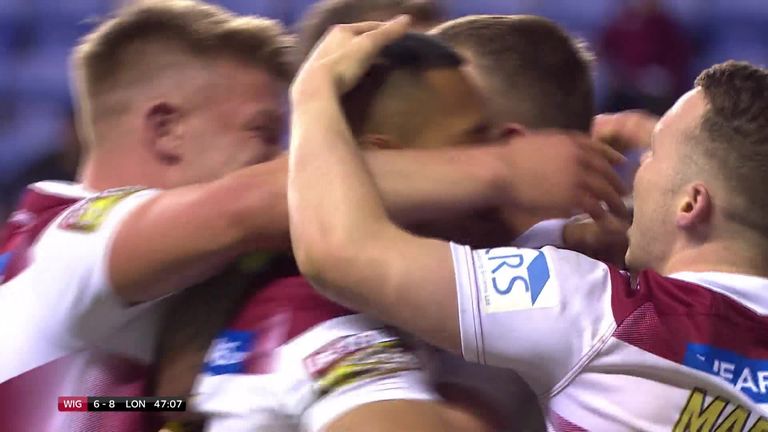 The Broncos took an early lead with Kieran Dixon slotting over a penalty after the Wigan defence was penalised for lying on at the 'play the ball'.

Wigan then started to take control after going behind. Hankinson, Joe Bullock and Joe Greenwood all went close to scoring, before Shorrocks scythed through to score under the posts and Wigan led 6-2.

That lead did not last long though, as the visitors forced an error from Bullock and won a penalty. Jordan Abdull then produced a pinpoint kick for Pitts to score as the Warriors' defence were caught napping.

Shortly after, back-to-back penalties put Wigan deep in the Broncos' half and a bizarre 30 seconds saw them go back in front.

First, Sean O'Loughlin dropped the ball close to the line before Elliot Kear fumbled from the scrum. His momentary lapse of concentration allowed Hankinson to pick up and score one of the easiest tries of his career. Hardaker converted for a 12-8 lead.

The Warriors crossed for their third try when Escare was on hand to make the most of a neat kick from George Williams. The Frenchmen calmly picked the ball off his bootlaces and ran in to touch down under the posts.

Despite a ten-point deficit, Danny Ward's men grew as the match continued and forced their hosts to put in a strong defensive effort to keep them out.

With just three minutes to go, the Broncos looked to have secured the four-pointer that they'd been searching for. Dixon, who was energetic throughout, broke forwards and had James Cunningham on his left shoulder.

However the final pass, which would have put Cunningham over, did not have the right angle on it and was fumbled.

Wigan breathed a sigh of relief and Lam's men then ran down the clock to secure their third straight win. Next, the Warriors will turn their attentions to the Challenge Cup while Ward and his Broncos head home to have a week off.

Warriors' head coach Lam said that the victory was the "most important thing" after a busy Easter period. 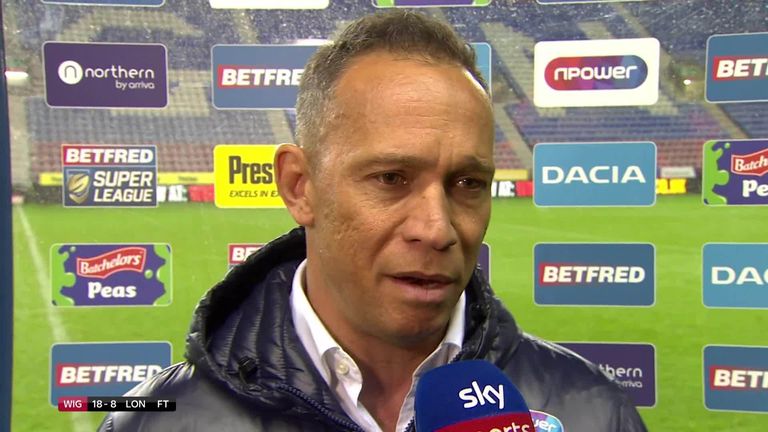 Ward praised the Broncos' efforts an resilience on the road but admitted that errors, and not finishing chances, will be punished at Super League level. 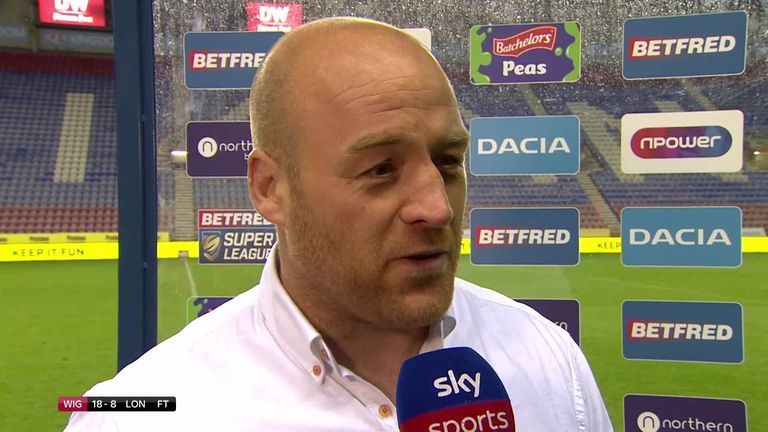