Rafael Nadal will be bothered about losing No 1 spot to Roger Federer, says Miles Maclagan

"I think he's very bothered. However, it's not going to affect the way he prepares in Rome."

Despite skipping the clay-court season, Federer returned to the top of the ATP rankings on Monday following Nadal's quarter-final defeat to Dominic Thiem at the Madrid Open last week.

However, Nadal can wrestle the No 1 status back with victory in Rome, an event the 31-year-old has won seven times - although his last triumph came in 2013.

Ahead of the Masters 1000 tournament, live on Sky Sports Action from 10am on Monday, Maclagan believes Nadal will employ a "selective memory" to forget about his disappointing straight-sets exit in Madrid.

"It's not damaging. I wouldn't completely agree with Peter Fleming in saying he's not bothered [about losing his No 1 status], I think he's very bothered," Maclagan said.

"However, it's not going to affect the way he prepares in Rome. His attitude is about improving, getting better, and that's very much what he'll do. 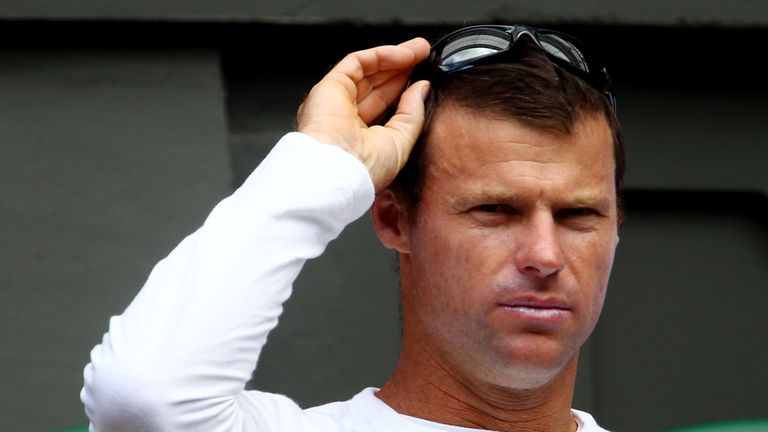 Top athletes have a selective memory, and Nadal will say, 'Well I don't like playing in Madrid, so that I didn't play so well is no surprise. I'm going to go to Rome where I like it and start all over again.'

"Top athletes have a selective memory, and he'll say, 'Well I don't like playing in Madrid, so that I didn't play so well is no surprise. I'm going to go to Rome where I like it and start all over again.'"

"He lost to a guy who played just about perfect tennis. He's coming off wins in Monte Carlo and Barcelona. These tournaments are important in terms of building, but also in their individual right, he wants to win these Masters 1000 events, so when he gets to Roland Garros those conditions really do suit him. The conditions are a bit heavier so he can hit through it without fear of the ball flying on him."

Nadal had won 50 straight sets on clay going into the clash with Thiem, setting an all-time single-surface record in the process after breaking John McEnroe's feat of 49 consecutive sets won on carpet back in 1984.

The Spaniard's 21-match run on the red dirt came to end, however, as Thiem once more proved his downfall, having been the last player to beat Nadal on clay in last year's Italian Open.

But despite seeing his streak halted, and losing his spot at the top of the rankings, Nadal admitted he was not going to press the panic button as he continues his preparations for the French Open, where he is targeting an 11th title when it gets under way later this month.

"I am No 3 in the race of the year, which is the most important thing. I still have two good weeks on clay, and then I'll keep on moving forward. This is the reality," Nadal said.

"I lost the No 1 before, but what makes me happy is I feel fit, can compete with possibilities every single week. This is my final goal: to be happy. That's what I'm working on.

"I won 50 straight sets on this surface. It was not my day [against Thiem], but that's part of this sport and sport in general.

"I can't go back and think I have to do things different to prepare for the next event, because that would not be very smart."

The Masters 1000 Series continues this week with our coverage of the ATP Italian Open on Sky Sports Arena starting from 10am on Monday.