"The [Covid] situation is improving thanks to our collective efforts. The conditions are met for a new phase of easing of measures. From Monday March 14, we will suspend the application of the vaccination pass wherever it applies" - France PM Jean Castex; French Open starts May 22

Novak Djokovic's hopes of playing at the French Open have been given a major boost with the news France is suspending its vaccination pass this month.

The French sports minister announced in January that all athletes would need to be vaccinated in order to compete on French soil, throwing Djokovic's defence of his Roland Garros title into severe doubt.

But, with the latest wave of the Covid-19 pandemic now subsiding, Prime Minister Jean Castex revealed the current restrictions will end on March 14.

He said: "The situation is improving thanks to our collective efforts. The conditions are met for a new phase of easing of measures. From Monday March 14, we will suspend the application of the vaccination pass wherever it applies."

The news also means Djokovic, who is the only man in the top 100 who remains unvaccinated, can play in the Monte-Carlo Masters beginning on April 10, which could well be his next tournament.

The Serb, who was overtaken as world No 1 by Daniil Medvedev this week, played his first tournament of the year in Dubai last week but is currently unable to enter the US for the big ATP events in Indian Wells and Miami this month.

It was revealed this week, meanwhile, that he split from his long-time coach Marian Vajda at the end of last season.

There is, of course, the potential for more changes before the French Open, which begins on May 22. 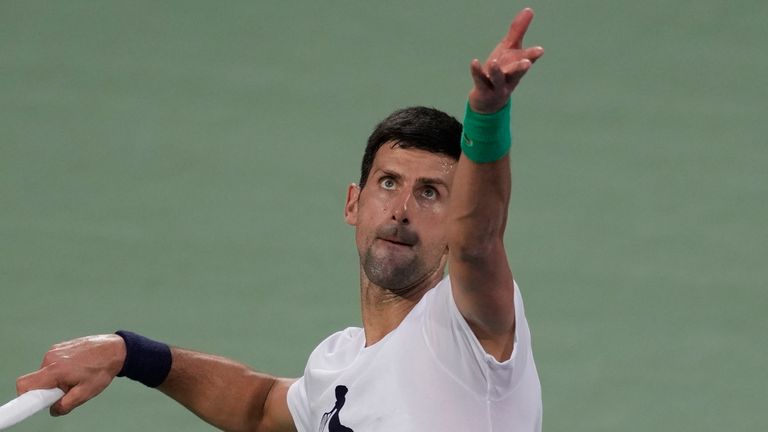 Djokovic won his second title on the Parisian clay last year after beating Rafael Nadal in the semi-finals and Stefanos Tsitsipas in the final.