Nick Kyrgios hopes his "amazing tennis" will get the critics off his back so they might give him space to relax off court and not condemn him for enjoying a beer at a pub.

The fiery Wimbledon finalist has often struggled to stay motivated but now hopes to keep his hot streak alive ahead of next month's US Open.

"I'm doing this for a lot of people. (I) want to prove to myself that I can still play some amazing tennis," the 27-year-old Australian told reporters.

"I'm doing it for a lot of people just so I can have a bit of peace and quiet, I can actually rest at night time.

"I feel like, compared to other players I deal with a lot of negativity, bad media, bad articles, this, that, wasted talent, whatever.

"So I feel like when it's all said and done, if I continue to play like this for a little bit, prove people wrong, I can just relax a little bit.

"Like, have a beer at a pub, not get bothered about it."

Kyrgios won the first four games of the opening set in which De Minaur won scarcely more than half of his first-serve points.

The pair traded breaks to open the second set but Kyrgios would not be denied, breaking De Minaur on the third try in the third game and again in the seventh.

Kyrgios briefly appeared agitated when he gave up a break in the penultimate game but found his composure to get the job done in a little over an hour, breaking back to love in the final game.

Famous for his explosive tantrums and conduct violations, Kyrgios said the media had judged him based on the "2%" of his life on court.

"You guys kind of painted me to be this horrific person for like five years," he added.

"But now I feel like it just kind of washed away. The true colours came through.

"Hopefully I'm inspiring millions of people to just go about their life or their sport or their career as they want to and be comfortable in their own skin."

He added that he was a strong believer in the need to be two different people to be a successful athlete.

"You can't be a super nice guy, a generous guy all the time on the court, otherwise I'd be terrible at the game," he said.

"Tennis players have to be selfish. You have to walk around like you're the best player in the world. You have to have that mentality."

Kyrgios will next face Polish world No 10 Hubert Hurkacz, who he lost to at Halle in June.

In other matches, Felix Auger-Aliassime harnessed his mighty serve to down British No 1 Cameron Norrie 6-3 6-4 to delight his home crowd, while Norwegian Casper Ruud outlasted Roberto Bautista Agut in a closely-fought three sets.

Auger-Aliassime, 22, sent down 15 aces and won all but three of his first-serve points, breaking in the penultimate game of both sets on Centre Court.

Norrie made five double faults and never had the momentum against a clinical Auger-Aliassime, who collected his first ATP title in Rotterdam this year and wrapped up Thursday's affair in a tidy 72 minutes.

"Montreal people are really proud people," Auger-Aliassime said, crediting the crowd with helping his performance. "We are a small community in the world. We support each other in what we do, especially in professional sport." 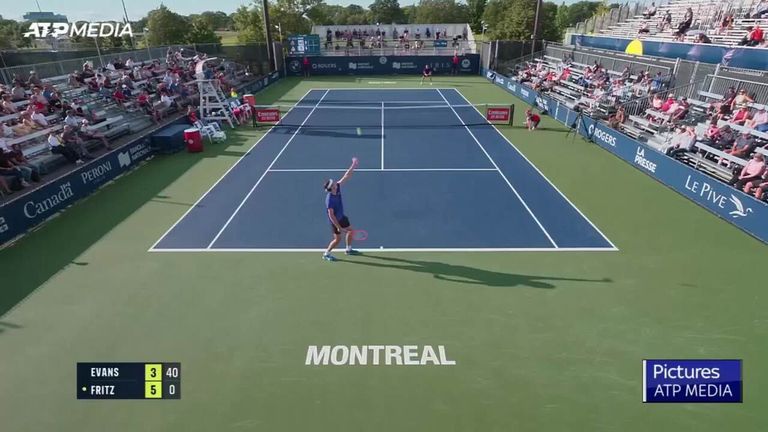 Dan Evans fought back from a disastrous second set to overcome American Taylor Fritz 7-6 (7-5) 1-6 7-5, producing a remarkable defence as he fended off a dozen break points.

Jack Draper, who upset third seed Stefanos Tsitsipas in his previous round, booked a quarter-final spot when France's Gael Monfils retired in the second set with what appeared to be an injury to his right ankle. 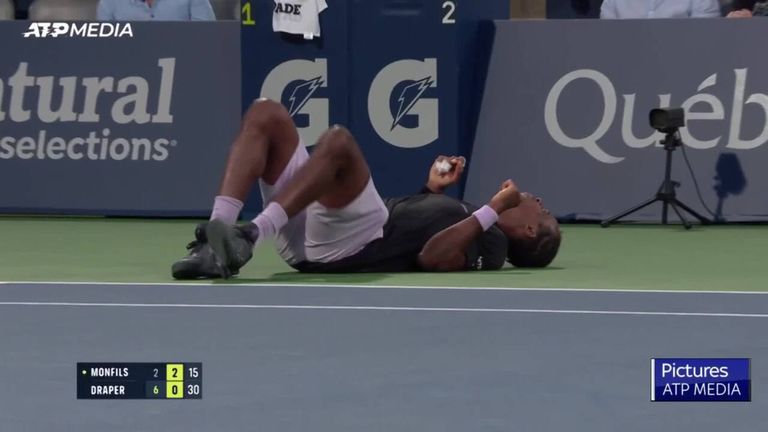