Roger Federer delighted with season after winning in Australia and Wimbledon

Roger Federer admitted he "couldn't be happier" following his resurgent season which has seen him add two more Grand Slams to his trophy cabinet, and put 100 career singles' titles within reach.

The Swiss great has thrived on a reduced schedule aimed at easing the strain on his 36-year-old bones, following an injury-plagued 2016 in which he failed to lift any silverware.

"I couldn't be happier with this season to be quite honest," the world No 2 said as he attempts to win his second title in Shanghai.

"I'm just happy being here now and it would be nice to pick up another title and get in training and start again the next year and get more chances then."

Looming in Shanghai is a potential clash in the final between Federer and old foe Rafael Nadal, who in August reclaimed the world's top ranking for the first time in more than three years, and is also enjoying a stellar campaign.

The Spaniard comes to Shanghai's hardcourt having dispatched Australian Nick Kyrgios in straight sets to win the China Open in Beijing on Sunday. 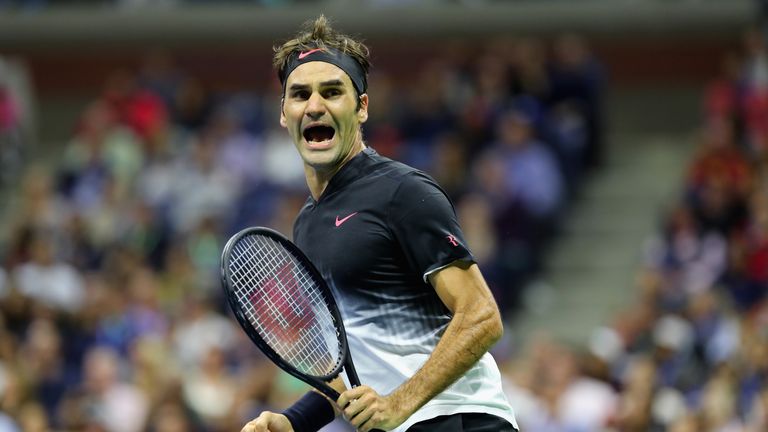 Federer, on the other hand, skipped Beijing to arrive early in Shanghai to practice - and pace himself - having last played at the inaugural Laver Cup.

"To win tournaments is not an easy thing to do. I came to realise that obviously last year," he said. "I'm playing only the big tournaments now so you need to really be in tip-top shape and ready to go and it's just not so simple."

Starting the year ranked a relatively lowly 17th in the world, Federer beat Nadal in the Australian Open final in January and then won a record-breaking eighth Wimbledon in July without dropping a set.

He now has 93 singles titles, just one shy of overtaking Ivan Lendl for second-most in the Open era. Jimmy Connors has 109.

But Federer, who has five singles titles so far this year, is just focused on staying healthy.

"I'm not that far away [from 100 titles] it seems, but there is no point to really to think about it on a daily basis. This is something that is either going to happen or not going to happen," he said. "I'm happy I'm here, and I'm happy that I'm healthy."

Federer added that he was surprised that Nadal, who won the French and US Opens this year, had even competed in Beijing after a busy recent stretch of tennis, but marvelled at the hard-court versatility of the Spaniard.

"It's nice to see him keeping going. This [the China Open] is a really big win for him. So for him to go to Beijing and win it right away, I expected him to pull out, to be honest."

He added: "Why not? There is no reason for him to push it too hard, but that's Rafa."

Sky Sports Tennis will have all the action from the Shanghai Masters before we head to the Erste Bank Open and Swiss Indoors Basel and then the Paris Masters.