Osaka pulls out of Roland Garros following Grand Slam organisers' threat that she would face disqualification if she continued to refuse to speak to media; "I have suffered long bouts of depression since 2018," says Osaka in statement; French Tennis Federation calls outcome "unfortunate"

Naomi Osaka has withdrawn from the French Open.

The four-time Grand Slam singles champion was fined $15,000 after she did not conduct a post-match press conference following her first-round win against Romanian Patricia Maria Tig on Sunday.

The four Grand Slam organisers reacted strongly to Osaka's move, releasing a joint statement on Sunday that threatened the 23-year-old with potential disqualification and a ban from future tournaments should she not reconsider.

World No 2 Osaka said she had suffered bouts of depression since winning her first Grand Slam title at the US Open in 2018 and that talking to the media triggered anxiety.

In a statement posted on Twitter, Osaka said: "Hey everyone, this isn't a situation I ever imagined or intended when I posted a few days ago. I think now the best thing for the tournament, the other players and my well-being is that I withdraw so that everyone can get back to focusing on the tennis going on in Paris.

"I never wanted to be a distraction. I accept that my timing was not ideal and my message could have been clearer. More importantly, I would never trivialize mental health or use the term lightly.

"The truth is that I have suffered long bouts of depression since the US Open in 2018 and I have had a really hard time coping with that. Anyone that knows me knows that I'm introverted, and anyone that's seen me at tournaments will notice that I'm often wearing headphones as that helps dull my social anxiety.

"Though the tennis press has always been kind to me (and I wanna apologize especially to all the cool journalists who I may have hurt), I am not a natural public speaker and get huge waves of anxiety before I speak to the world's media. I get really nervous and find it stressful to always try to engage and give you the best answers I can.

"So here in Paris I was already feeling vulnerable and anxious so I thought it was better to exercise self-care and skip the press conferences. I announced it pre-emptively because I do feel like the rules are quite outdated in parts and I wanted to highlight that.

"I wrote privately to the tournament apologising and saying that I would be more than happy to speak with them after the tournament as the Slams are intense. I'm gonna take some time away from the court now, but when the time is right I really want to work with the Tour to discuss ways we can make things better for the players, press and fans. Anyways hope you are all doing well and staying safe, love you guys. I'll see you when I see you."

Trailblazer Billie Jean King has offered her support to Osaka, posting on Twitter: "It's incredibly brave that Naomi Osaka has revealed her truth about her struggle with depression. Right now, the important thing is that we give her the space and time she needs. We wish her well."

Martina Navratilova tweeted her best wishes, saying: "I am so sad about Naomi Osaka. I truly hope she will be OK.

"As athletes we are taught to take care of our body, and perhaps the mental and emotional aspect gets short shrift. This is about more than doing or not doing a press conference. Good luck Naomi - we are all pulling for you!

"And kudos to Naomi Osaka for caring so much about the other players. While she tried to make a situation better for herself and others, she inadvertently made it worse. Hope this solution, pulling out, as brutal as it is will allow her to start healing and take care of her SELF."

Phil Mickelson, winner of six golf majors, also expressed his support, posting on Twitter: "She's a person who has openly admitted she's struggling mentally. Let's not place our own expectations on her, rather let's practice empathy and support her."

She said on Twitter: "Respect. If someone is taking steps to protect their mental health people should listen and work together - not double-down and put her in this position. Athletes' mental health needs to be taken seriously + prioritised. We are people too. Bless her." 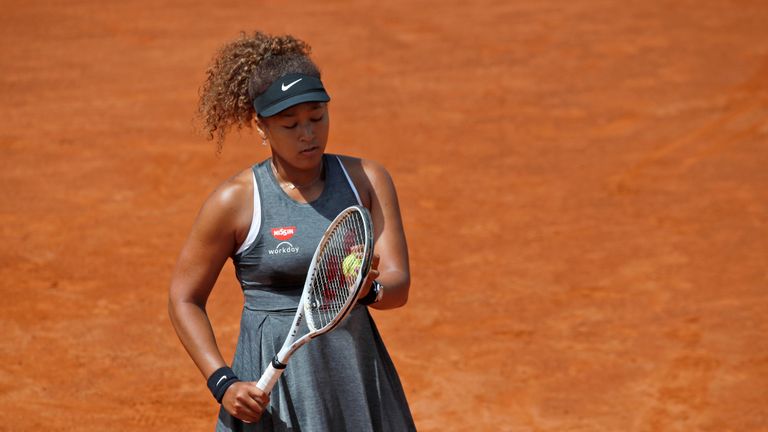 NBA star Steph Curry said on Twitter: "You shouldn't ever have to make a decision like this, but so damn impressive taking the high road when the powers that be don't protect their own. Major respect."

French Tennis Federation president Gilles Moretton read a statement to the press, saying: "First and foremost, we are sorry and sad for Naomi Osaka. 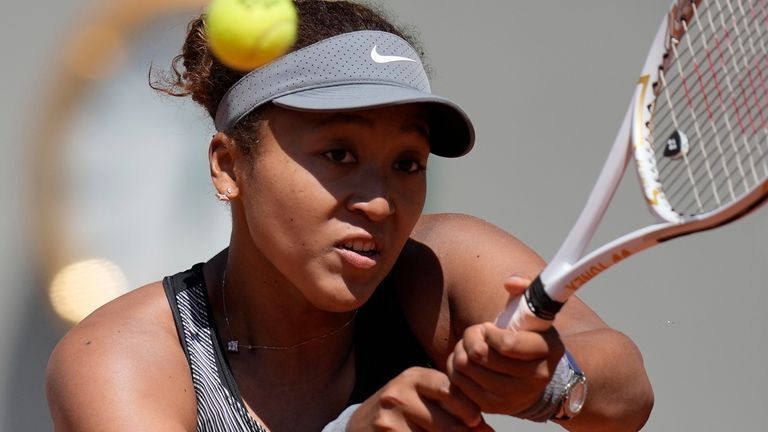 "The outcome of Naomi withdrawing from Roland Garros is unfortunate. We wish her the best and the quickest possible recovery and we look forward to having her at our tournament next year.