Until Novak Djokovic wins that elusive first French Open title, Rafael Nadal is still very much the 'King of Clay' in the eyes of tennis expert Greg Rusedski.

Despite losing in straight sets to the Serb in the Monte Carlo semi-finals on Saturday, Nadal would have taken heart from a positive display on his favourite surface against the all-conquering world No 1.

Nadal missed most of the second part of last season - including the defence of his US Open title - with a wrist injury and then appendicitis.

But he seemed to be finding form when he secured his 46th clay-court title at the Argentina Open in Buenos Aires which was his first final since winning at Roland Garros last June.

Despite failing to go on and collect a ninth title in the Principality, Rusedski feels the 14-time Grand Slam champion is slowly finding his clay feet.

Having won nine French Open titles in 10 years, the Spaniard's speed, aggression and stamina is building as he aims to secure a landmark 'La Decima' of titles at his favourite home - Roland Garros - which starts on May 25.

"Nadal is still searching for that level of tennis while if you look Djokovic, he is taking the ball earlier, transitioning a little bit better and the serve has improved. Djokovic is going the right way, but if you have a long lay-off because of injury it takes a little bit more time to get back," Rusedski told Sky Sports 4.

"Last time when Nadal had that injury and was out for eight months he stormed back and won 10 tournaments. It's not that same Nadal yet but he's still got enough time to get ready for that French Open.

"Djokovic has to win the French before we can say we have a new 'King of Clay' and the best player always wins in a three out of five set match so until Djokovic does that Rafa is still the king.

"Nadal will go deep in Barcelona and don't be surprised if he wins that event and then after that you're going to have Rome and Madrid, so he's going to build nicely.

"He's also also changed his racket, so it's giving him a little bit more power and spin. It takes a little while to adjust. He finally put it into play in Monte Carlo so once those areas become what he wants it to be he will become even better.

"All those Rafa fans out there - don't worry - he's getting better week in, week out." 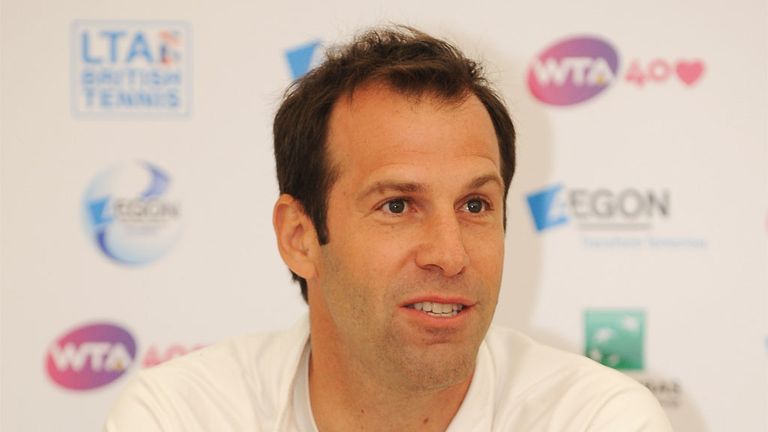 Djokovic has to win the French before we can say we have a new 'King of Clay' and the best player always wins in a three out of five set match so until Djokovic does that Rafa is still the king.

Cream of the crop

But former US Open finalist Rusedski believes Djokovic is the cream of the crop in the tennis world and says he is simply untouchable.

"Djokovic is the complete player," Rusedski told Sky Sports News. "We've never seen a player that moves so well on the court and can take the ball so well on the rise and on top of that, he's extremely confident. He feels like nobody can beat him at the moment.

"There are no weaknesses in his game which is why he's the best."

Join our live coverage of the Barcelona Open from Monday 20 April on Sky Sports 3 at 12.30pm.