Dan Evans is 'very talented' and can realistically re-enter the top 100 in a year, says Mark Petchey

"I think by this time next year it will be realistic target to see him potentially re-enter the top 100," Mark Petchey has backed "talented" Dan Evans to make a successful comeback from his drugs ban.

Evans earned himself an ATP ranking again after reaching the main draw of the Glasgow Challenger at the weekend, before suffering a first-round defeat at the hands of Austrian Lucas Miedler.

The 27-year-old returned to competitive action again following the end of his 12-month ban for failing a test for cocaine in Barcelona last April.

Dan Evans beaten in first round at Glasgow Challenger event

The former top-50 player has work to do on his fitness but showed plenty of classy touches during his qualifying campaign in Scotland and Petchey feels Evans has showed the hunger and desire to climb back up the rankings over the next 12 months.

"There's a lot of tennis to be played and a lot of match fitness to regain. He's been working hard in the gym and putting the sets in during practice, although getting back out there in a match situation will take a little bit of time," said Sky Sports tennis analyst, Petchey.

"He's already qualified for a tournament, lost in three to a seeded player, but Dan's a fantastic player. He's very talented and is one of those players who hits the ball out the middle of the racket incredibly easily, and if if he's as hungry as it would appear I think by this time next year it will be realistic target to see him potentially re-enter the top 100.

"I think it would take a minimum of a year for Dan to get back there depending on obviously which tournaments he can qualify for and get in. Some of its going to be determined by wild cards and things like that.

"If he can get a decent run in these grass-court events then I don't see why in a year's time we won't see Dan in the top 100 and I hope he does."

Petchey remains a form believer that Evans has been punished for his actions and people must now move on from it and support the former British No 2, who reached the last 16 of the Australian Open in 2017, which was his best-ever run at a Grand Slam. 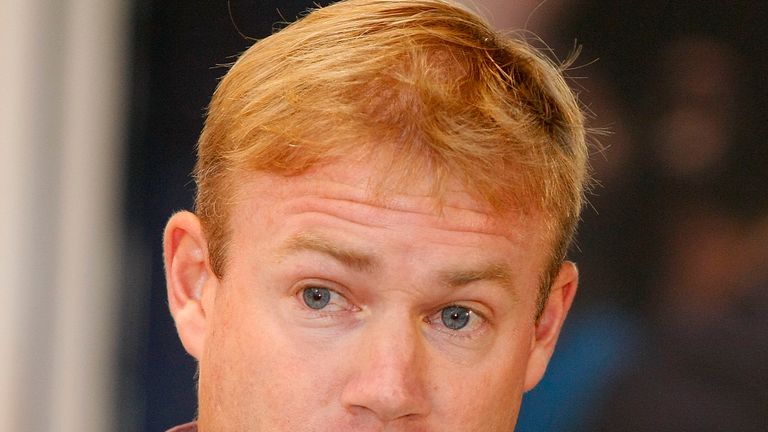 The time is to stop judging him for what happened is long past and it's time to start supporting a British tennis player and hoping he can get back up the rankings as swiftly as he can.

"I've always been a firm believer that if people think the sentences are too soft for whatever doping offences we have in our sport then that's the issue, but if they are given and they are served then it's time to move on and everybody should watch them for the players that they are back out there playing the game," Petchey said.

"Dan served his punishment and it's taken a year out of his prime. He's probably going to need another year to get back to where he was, probably not even prior to being banned, and for me that's punishment enough.

"I think as a society if once the sentence has been served and we don't forgive and try and can't expect that, sometimes people unfortunately do things wrong in times of their life that allow them to come back without forgiveness then what sort of society are we at the end of the day?

"Unfortunately as a sportsperson in the spotlight those sort of things are magnified a thousand times. There are not too many people out there who have lots of regrets about. Unfortunately Dan's is a massively public one for him and he has been punished not being able to play a sport he has grown to love and obviously for a financial perspective as well."

Petchey added: "The time is to stop judging him for what happened is long past and it's time to start supporting a British tennis player and hoping he can get back up the rankings as swiftly as he can."

Mark Petchey was speaking to Sky Sports' Raz Mirza. Coverage of the ATP Madrid Open gets under way on Sky Sports Arena on Monday, May 7 from 11am.