Andy Murray made an impressive start at the Australian Open, says Barry Cowan

Andy Murray made a statement with his ruthless first-round win over Alexander Zverev at the Australian Open, says Barry Cowan.

The second seed eased past the German teenager 6-1 6-2 6-3 to set up a clash with Australian Sam Groth in the next stage of the Melbourne tournament.

Sky Sports expert Cowan was impressed with Murray's flying start to his campaign and believes last year's beaten finalist is displaying the same assurance as his fellow title contenders. 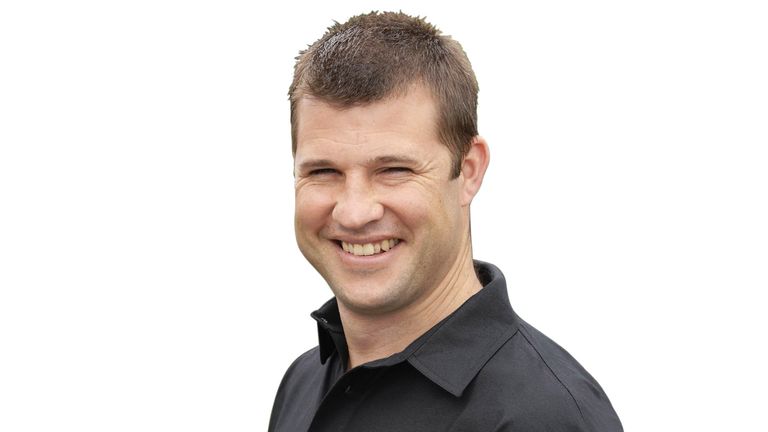 I'm confident that Andy is going to have a great run.

"I think for Andy, that is a very positive start," Cowan told Sky Sports. "To win as convincingly as that, makes a bit of a statement.

"It shows certainly to me that he's ready, which is no real surprise because he's been a master at that over the last few years. You only have to look at his Grand Slam record, it's very consistent.

"I'm confident that Andy is going to have a great run.

"You want to put down a marker early. Just get out on the court and take care of your opponent comfortably and I feel that Andy is doing that better and better. There was a period when you felt he would start a little more slowly in slams, but he seems a lot more assured now - almost Djokovic-like."

Fellow British No 1 Johanna Konta claimed one of the biggest wins of her career after defeating Venus Williams  6-4 6-2 in the first round.

Cowan said: "I think for Konta, the fact that she lost her first couple of matches of the year, she's really risen to the challenge against Venus Williams. A terrific win for her.

"She's in the main draw of these tournaments now, doesn't have to go through qualifying, and that helps."

The pair had previously shared closely-contested matches, but Cowan was still concerned by Nadal's inability to raise his game at crucial moments in the match.

"It turned out to be the toughest possible first-round draw because Fernando had no pressure," said Cowan. "It was just one of those matches when everything came good for Verdasco.

"The disappointing thing in the fourth and the fifth sets was the lack of punch from Rafa. He was on the ropes and either he couldn't convince himself that he needed to be more aggressive - or he just couldn't.

"I was a bit surprised that Rafa couldn't find any extra gears."