Novak Djokovic was “immense” in the Wimbledon final and can go on to win many more Grand Slams, says Barry Cowan.

“Roger played very well but Novak was immense – his ability to keep going, point after point, without having a dip was crucial,” Cowan said.

“Absolutely, Djokovic showed why he’s world No 1. For me, the question marks coming into Wimbledon were whether he could put behind him the disappointment of not winning the French Open. He’s looking to achieve something that not many players have been able to do - win all four Grand Slams. He answered that question emphatically.

“Roger had to invest so much to win the second set. It was then a poor miss at the start of the third to lose his serve but it was because of Djokovic's relentless nature. He will just always capitalise if you drop one or two percent, as was also the case in the Wimbledon final last year after Roger won the fourth set.”

Having ominously won the opening set, Djokovic raced ahead in the second set only to suffer at the hands of Federer’s resilience. But the Swiss legend’s comeback to tie the match at one set each didn’t adversely affect Djokovic.

Cowan believes his positive response to Federer taking the second set underlined his ability to ultimately lift the Wimbledon trophy.

He said: “Djokovic had to face adversity. Set point down in the first set and he came up with two big serves. Then in the second set he had seven set points and was 6-3 up in the tie-break and eventually lost – but he started the third like it was all behind him.

“That’s a sign of how strong Novak is mentally.”

The only space left on Djokovic’s trophy shelf is for the French Open, with the Roland Garros tournament being the only Grand Slam to elude him so far. His latest effort resulted in a final defeat to Stan Wawrinka.

But Cowan is backing the 28-year-old Serb to collect many more Slams before his time on top is done.

“You have to look at his age and how his body is,” Cowan said. “To me, he ticks both boxes. He’s in his prime, there’s no reason he can’t win another four or five minimum. As Roger said, there’s not a whole load of younger guys putting their hands up and saying ‘we’re ready to challenge the top four’. 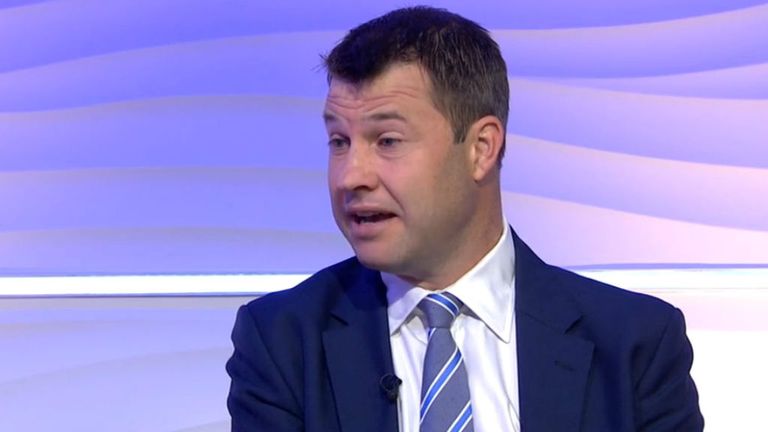 The more Slams he gets, it will only increase his self-belief. He took a hit after the French but came back which will make Novak very strong especially towards the last Grand Slam of the year

“I said at the beginning of the year he was in his prime. Generally with players in their prime, two or three majors is a distinct possibility and that’s certainly the case with Novak. He’s in a magnificent position to win three Slams this year, which is very difficult to do when you consider how strong the men’s game is.

“The more Slams he gets, it will only increase his self-belief. He took a hit after the French but came back which will make Novak very strong especially towards the last Grand Slam of the year in New York.”

The US Open is live on Sky Sports from August 31.