US Open 2014: Agnieszka Radwanska dumped out by Peng Shuai for second time

Fourth seed Agnieszka Radwanska became the first major casualty of the US Open as she bowed out to Peng Shuai in the second round.

It is the second time Radwanska has been eliminated from the final Grand Slam of the year by Peng, who also sent the Pole crashing out in the second round at Flushing Meadows four years ago.

Radwanska dropped just one game in a rapid first-round win over Sharon Fichman but world No 39 Peng was a deserved 6-3 6-4 winner on Wednesday.

The Chinese player looked like she might have missed her chance when two match points went begging, one on the Radwanska serve at 5-3 and the second on her own delivery.

Radwanska had a chance to make it 5-5 but missed it and Peng took her third match point with a backhand winner onto the line.

"It always is disappointing (to go out), especially in the first week of a grand slam. But I think here it's not really a new thing for me unfortunately,” Radwanska said.

"I really want to know the answer. Then maybe I will find a way to play better here and just try another way to be in the second week.

"There is just something here that I can't really pass those rounds. I have couple of years to try. Hopefully one day I will do it."

Peng, the doubles world No 1 who is looking for her first Grand Slam singles title, registered 28 winners in the 96-minutue match. 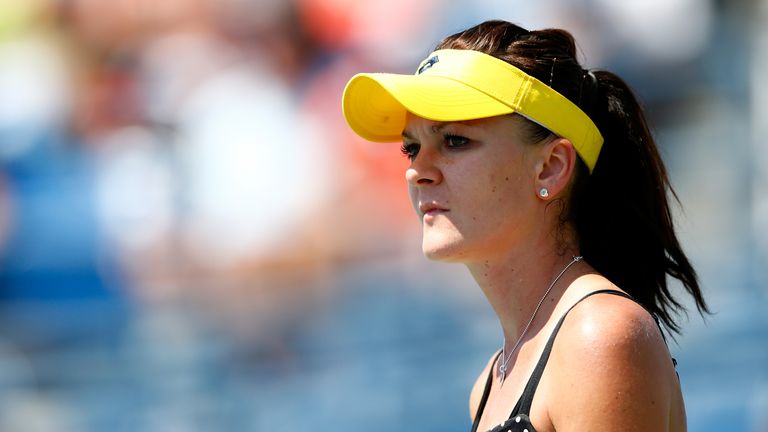 It always is disappointing to go out, especially in the first week of a grand slam. But I think here it's not really a new thing for me unfortunately.

The unseeded 28-year-old will play 28th seed Roberta Vinci in the third round in New York after the Italian defeated Romanian Irina-Camelia Begu in three sets.

Begu raced to a 6-2 victory in the opening set but Vinci battled back to claim a 6-4 victory in the second and the World No 30 went on to break serve twice in a 6-1 final set win.

There was disappointment for 21st seed Sloane Stephens, who from a set and 3-0 up against Johanna Larsson slumped to a 5-7 6-4 6-2 loss.

The American had balanced out poor performances in regular tour events with success at the slams but lost in the first round at Wimbledon and has underachieved again here.