Serena Williams confirms she will play at this year's French Open

Serena Williams has confirmed she will play at this year's French Open at Roland Garros as she continues her quest for an historic 24th Grand Slam singles title.

Williams' latest bid to equal Margaret Court's record goes on after she suffered a three-set defeat to Victoria Azarenka in the semi-finals of the US Open.

She insisted afterwards an Achilles issue early in the deciding set that required heavy strapping did not affect the outcome and will not prevent her competing at the French Open later this month.

It has been more than three years since Williams won her last major title at the 2017 Australian Open - when she was in the early stages of pregnancy with daughter Olympia.

With her 39th birthday a little more than two weeks away Williams will head to Paris looking to claim her fourth French Open title and first since 2015.

Her presence at Roland Garros which starts on September 27, had been in doubt after saying earlier in the week she was undecided about whether to play due to the current safety protocols in place after organisers confirmed some spectators would be in attendance while the American had hoped to stay in her Paris apartment.

When asked Thursday night whether she would compete for a third title at Roland Garros, she answered: "Yeah, I mean, I'm definitely going to be going to Paris."

On her defeat, Williams said: "I started really strong. Then she just kept fighting. She just changed and started playing better and better. Maybe I took a little too much off the gas pedal at some point. She played really well.

"It's obviously disappointing. At the same time, I did what I could today. I feel like other times I've been close and I could have done better. Today I felt like I gave a lot."

The pair are good friends, and Williams paid tribute to Azarenka's resilience saying: "She's had a lot of, I would say, downs in her career. She started on a lot of highs.

"I don't know how she stayed positive, to be honest. That's a good lesson for all of us. No matter what, you just got to keep going. Hopefully she keeps living her dream." 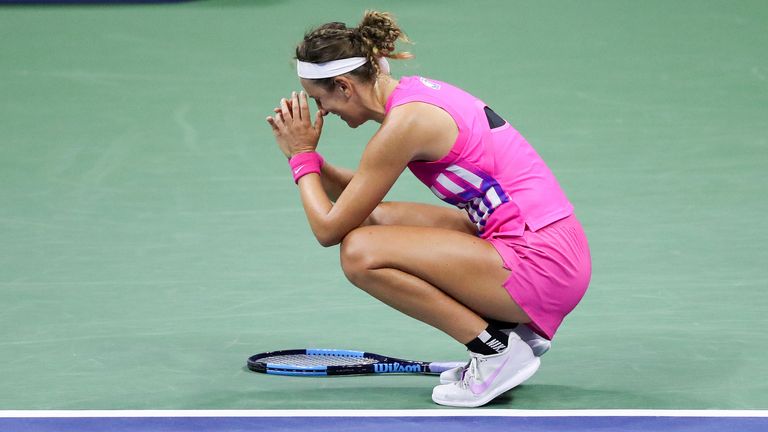 The presence of so many mothers in the draw and in the latter stages of the tournament has been a major talking point, and Azarenka hopes she can encourage other women to aim high.

"Hopefully it inspires women to go after their dreams," she said. "I feel like you can't always identify yourself as just one thing. You have many things you can do in your life.