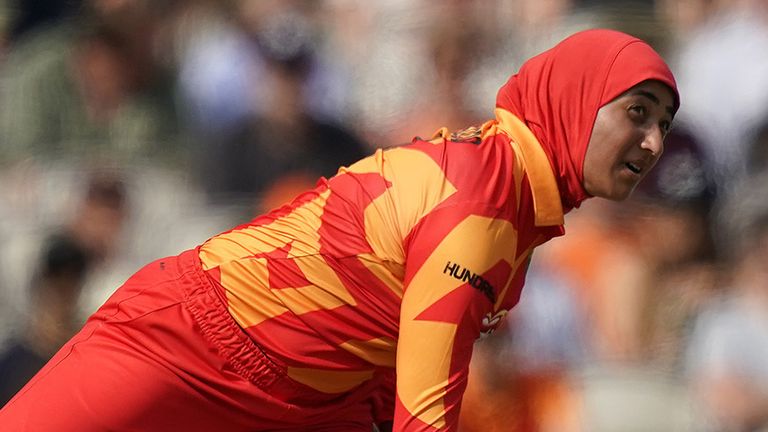 Birmingham Phoenix spinner Abtaha Maqsood hopes her participation in The Hundred will inspire more young Muslims to take up cricket.

Maqsood, 22, didn't register for The Hundred straight away due to a self-confessed lack of confidence despite representing Scotland 18 times in Twenty20 internationals.

However, following a change of heart and an invitation to join Phoenix, the leg-spinner is determined to be the role model she never had in cricket when she grew up.

"I've never really felt like I belong on the big stage and now that I'm here at The Hundred I feel so much more at ease and I feel like I do belong," she told Sky Sports. "The team have been amazing, they've been really welcoming.

"I think representation matters so much. When I was growing up I never really had a role model to look up to who looked exactly like me; I really hope to be that person for a lot of people and I really hope that The Hundred shows me in that light and people are hopefully able to be inspired by that." 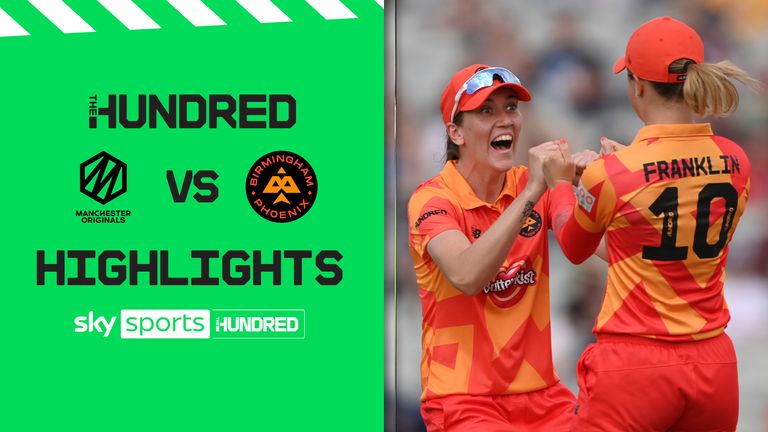 Maqsood's journey to professional cricket - like that of many women in the game - has thrown up plenty of challenges along the way and she hopes that her cricketing story, which began playing in the garden with her dad and two brothers, will help everyone feel that the sport is a game for them this summer and beyond.

"My first ever club training session was quite daunting," she reflected. "I walked in thinking there would be at least a few other girls there but there weren't.

"It was quite scary at the time but I had my brother with me, which was really helpful. I remember that at the end we played a game of Kwik Cricket and at that point I was still a little bit scared and then something just kind of happened to me - I thought 'I'm just going to go out there and play how I usually play, I'm just going to go and hit this ball' and I loved it."

She added: "Obviously there was always going to be a handful of boys every now and then who aren't as welcoming to another girl playing cricket, but that did kind of go away after a few years and after that it was just me playing cricket and I loved it."

Undeterred, Maqsood made her U17s debut for Scotland at the age of 12, against Ireland, before transitioning to the senior team and making her debut against Uganda in 2018.

More recently she has combined her playing aspirations with the demands of being a dentistry student at Glasgow University.

Watch Birmingham Phoenix take on Southern Brave live on Sky Sports Cricket from 2.30pm on Friday, or catch the match on our live stream on the Sky Cricket YouTube channel.