Northern Superchargers skipper Willey struck an unbeaten 81 and finished with 2-9 from his 15 balls; Mujeeb Ur Rahman boasted remarkable figures of 2-6 from 20 balls, as London Spirit's nightmare campaign continued 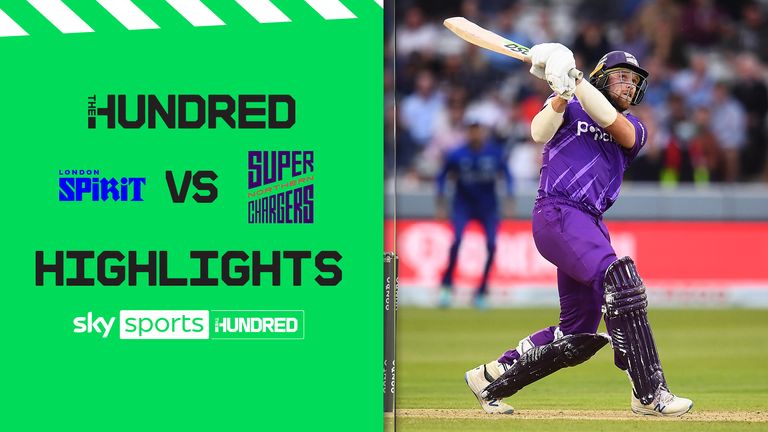 The best of the action as London Spirit faced Northern Superchargers in The Hundred.

David Willey produced a sensational all-round display to inspire Northern Superchargers to a crushing 63-run win over London Spirit at Lord's, to leave Eoin Morgan's side still searching for their first Hundred victory...

Having lost the toss, London Spirit made a positive start to remove both openers in quick succession - Chris Lynn (14) was stumped off Mohammad Nabi, before Blake Cullen squared up Adam Lyth (4) with a beautiful delivery.

Harry Brook (28 off 24) continued his sparkling form with the bat, but Superchargers were indebted to their skipper Willey, who registered the highest individual score in the men's tournament so far, smashing an unbeaten 81 from just 45 deliveries.

Mason Crane, with 1-19 from 20 balls, was the pick of Spirit's attack, but Willey inflicted serious damage in the latter stages, dispatching a beleaguered Mohammad Amir for successive sixes as Superchargers finished on 155-3.

The Spirit's woes were compounded when Willey struck immediately with the ball - the left-armer opened up with a magnificent ten-ball spell, accounting for openers Adam Rossington and Josh Inglis.

Luis Reece (24 off 24) afforded the hosts temporary respite by hammering Adil Rashid for two sixes, but the Spirit continued to lose wickets at regular intervals, and their hopes dissipated when Morgan (27 off 22) was dismissed by his England team-mate Rashid.

Rashid finished with 2-24 from his 20, while Mujeeb Ur Rahman (2-6 off 20) posted the most economical figures in this year's tournament to complete a resounding 63-run success for the Superchargers, as Spirit's innings fizzled out in sorry fashion.

David Willey delivered a virtually flawless performance to inspire Superchargers to a second consecutive victory, which catapults them from 7th to 3rd in the standings.

The left-hander is regarded primarily for his bowling on the international stage, but he reaffirmed his pedigree with the bat at Lord's, unleashing a barrage of big-hitting to help his side post a formidable total.

He also set the tone in the bowling department, and his two early wickets - his first of this year's competition - all but extinguished Spirit's slender hopes.

SHOT OF THE DAY

Brook has lit up this year's competition for the Superchargers, and the 22-year-old showcased his prodigious talent with another flamboyant innings at the Home of Cricket.

Having inspired his side to victory over the Oval Invincibles on Saturday, he made 28 from 24 deliveries against the Spirit, clobbering Mason Crane into the Lord's pavilion with an extraordinary six down the ground; measuring 94 metres. 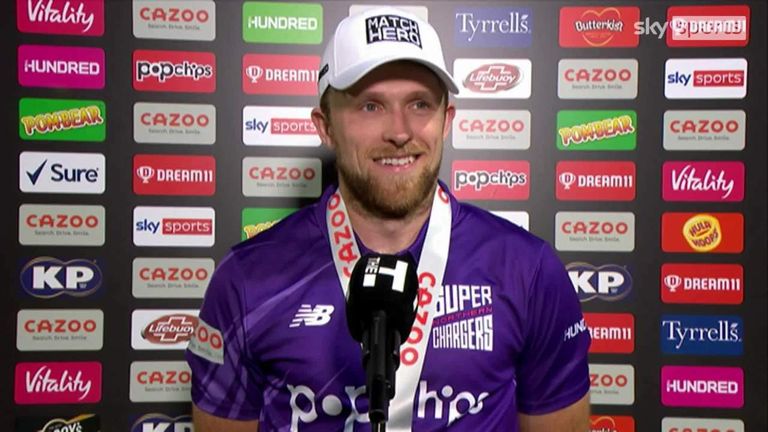 David Willey, Northern Superchargers captain: "[The captaincy] has happened under unfortunate circumstances with Faf [du Plessis] unavailable at the minute. It is a great responsibility to have, I've got a great group of guys and I'm really enjoying The Hundred, and it was nice to contribute to a win tonight.

"The first couple of games we made some small mistakes at important times that cost us. We've started to come good and hopefully we can build some momentum towards the back end of the competition.

"My goal at the start of the year was to stay fit, so a few performances along the way are good. I'm absolutely loving my cricket; it was an outstanding atmosphere here tonight and The Hundred has been exceptional all the way through." 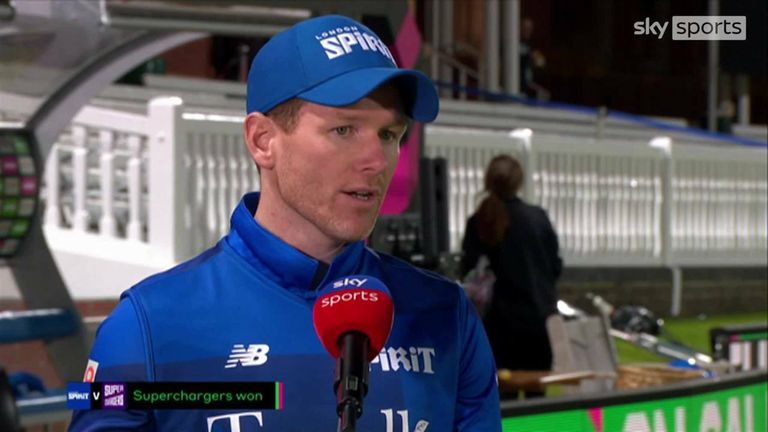 London Spirit captain Eoin Morgan says his side can have no excuses after suffering a heavy defeat to Northern Superchargers at Lord's.

Eoin Morgan, London Spirit captain: "We were completely outplayed. We weren't at the races today and the Northern Superchargers took advantage of momentum that they've had coming into this game.

"I thought David Willey had an outstanding night. In the field, they used slower balls as effectively as I've seen at Lord's for a while. Their spinners really put a squeeze on us, so take your hat off and say well played.

"The home support has been fantastic, so the motivation is there. I think the key thing for us moving forward is to try and gain something from the tournament, now that we're out, to try and build on next year."

We're back at Edgbaston for a fascinating double-header on Wednesday, and something has to give in the women's clash at 3:30pm, as Birmingham Phoenix and Oval Invincibles collide.

In the men's competition, the Invincibles moved up to third with victory on Monday, but Birmingham Phoenix can leapfrog Sam Billings' side and move joint top of the standings if they prevail on home soil.

Both games are lives on Sky Sports Mix, as well as the Sky Sports Cricket YouTube channel!