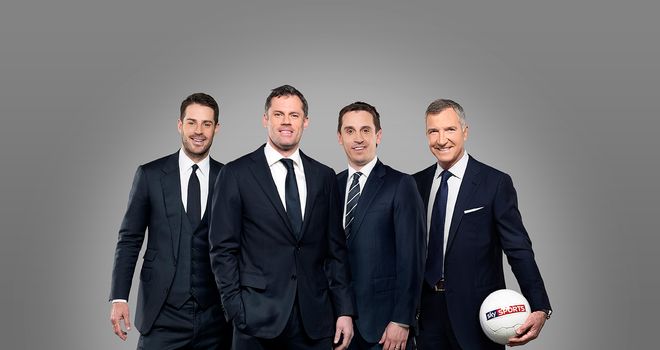 The 35-year-old, who will retire from playing at the end of the current campaign, will work alongside the likes of Gary Neville, Graeme Souness, Jamie Redknapp and Alan Smith next term when Sky Sports brings you over 500 matches from the domestic, European and International game.

And the Bootle-born star who, after Ryan Giggs is just the second player to play over 500 Premier League games for one club, says he can't wait to begin his new role.

"I watch Sky Sports all the time and I'm a huge fan. I can't wait to be part of their coverage and work with the best in the business," said Carragher, who will make his bow in August.

"What Sky has done for football for over 20 years is incredible and I'm thrilled to be part of their exciting plans for next season.

"Until that time comes, I'll remain fully focussed on my remaining playing career with Liverpool and I'm looking forward to ending the season with good results."

Barney Francis, Managing Director of Sky Sports, added: "Jamie has everything you want in an expert analyst; opinions, experience and incredible knowledge.

"He's hugely respected throughout the game and I know his immense insight on today's players, teams and tactics will make our football coverage even better.

"He joins us fresh from the changing room of one of the world's biggest clubs and will be part of our incredible line-up of football experts, who between them boast 25 League titles, 10 European trophies and over 700 international caps."

Sky Sports' schedule for the 2013/14 season includes 116 fixtures from the Barclays Premier League - three quarters of all live matches and more than ever before.

This year, Sky Sports viewers can enjoy the biggest football season ever as well as The British & Irish Lions Tour, back-to-back Ashes Series, the ICC Champions Trophy, every race live in the F1 season, Super League, US Open and USPGA Golf and Andy Murray defending his US Open title.

Upgrade to Sky Sports and get £5 off your first bill.