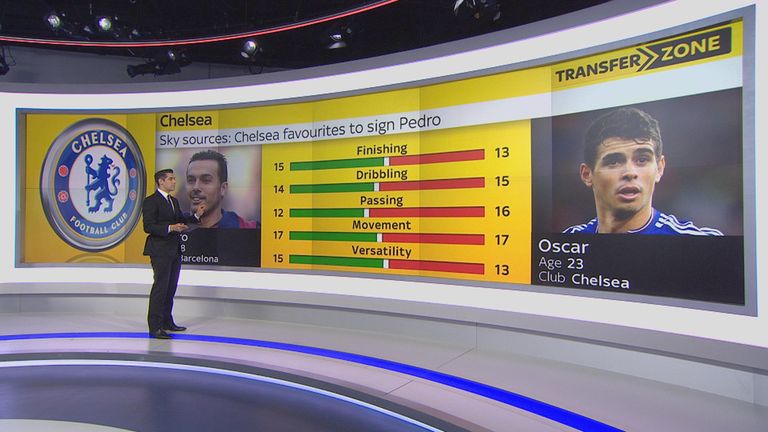 You may have seen our pundits using the Football Manager database to analyse players on Sky Sports News HQ recently.

It features in the Transfer Centre, our regular update on the latest deals and transfer stories.

Here we explain what the Football Manager database is all about, how it works – and why it is such a useful tool to study and compare players…

What is the Football Manager database?

The Football Manager database is 'the most comprehensive collection of data relating to professional football in the world'.

Over 1,300 scouts have analysed more than 600,000 players and coaching staff. There are at least 250 attributes per player, detailing everything from their ability to tuck away a one-on-one or pull off a reflex save.

The database is global, too – roughly 2,250 clubs from 116 divisions in 51 countries are fully researched.

The information powers the Football Manager computer game – but also provides a thorough statistical analysis of players across the world. 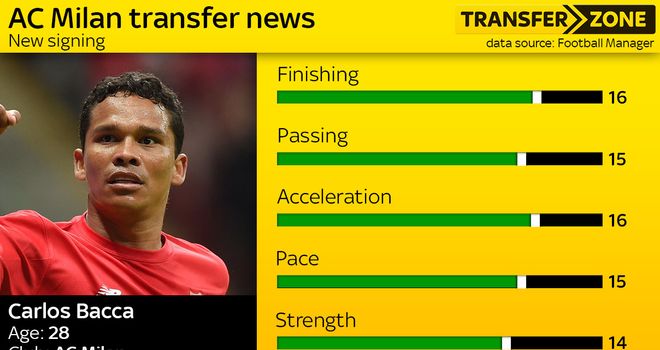 We can highlight a player's strengths and weaknesses with the data

How are players rated?

Each player is given a score of 1-20 in a wide range of attributes, such as 'tackling', 'speed' and 'positioning'. These ratings are given to players by a team of researchers.

In England, each Premier League, Football League and Conference football club has a dedicated researcher.

Head researchers will then debate and discuss the scoring, comparing a player's rankings with those of his team-mates and opponents within his division.

"We look at all the data that comes in from the researchers, who we guide as to the types of ratings we want to give, and we check the ratings are fit.

"For instance, Theo Walcott at Arsenal has 20 for acceleration. We'd compare the other Arsenal players against him and then look at that squad against another squad to ensure they all seem in sync."

How much research do the researchers do?

The researchers watch A LOT of football.

"Going to the Forest game was an opportunity for me to meet the Walsall researcher, sit with him during the game and discuss the young players in the Walsall team I hadn't seen before but he had.

"Then, every Saturday evening I look at the team lists, and if there's a new name, I'm asking the researchers how that person performed on his debut, ensuring players are updated as quickly as possible in the system." 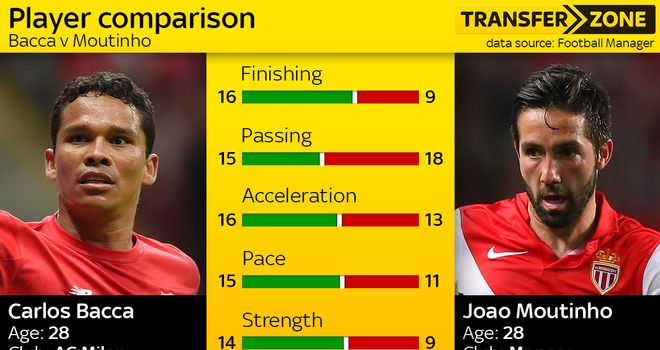 The database allows us to compare players

How can the database help analyse players in the real world?

The database gives an insight into players' strengths, weaknesses and potential for improvement.

It also allows us to compare players to see how opponents may match up or how a new transfer signing compares to his new team-mates.

The database comes into its own when English clubs sign players from abroad, who many football fans in this country haven't seen play. Immediately, there is a thorough analysis of that player's attributes and skills, which means we know what to expect before he's kicked a ball in England.

Watch the Transfer Centre at 11.15am and 7.15pm on weekdays and 7.30pm on Sundays for our round-up of the latest transfer stories.

And keep up to date with all the breaking transfer news until the window closes on deadline day - Tuesday, September 1 - with Sky Sports News HQ and the Transfer Centre live blog on our digital platforms.