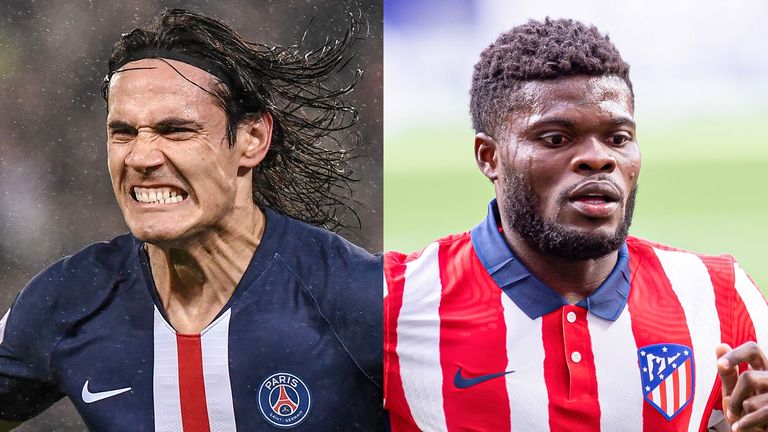 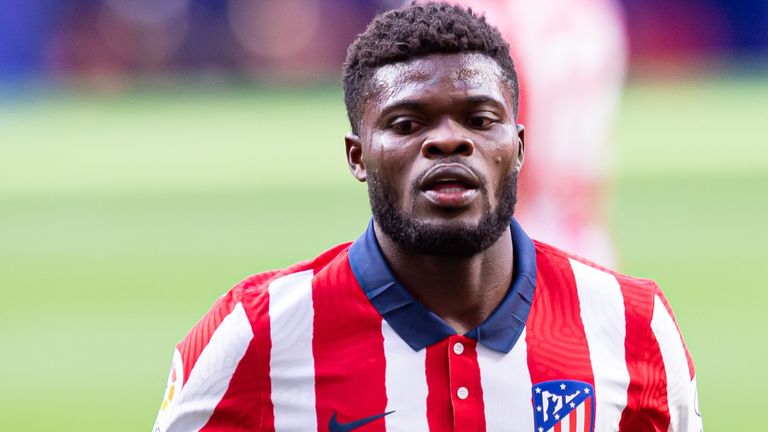 Arsenal are set to make a late bid for Thomas Partey

Thomas Partey's move to Arsenal was the most expensive transfer on Deadline Day despite Manchester United completing four new signings.

The day after their 6-1 humiliation to Tottenham, Man Utd signed striker Edinson Cavani, full-back Alex Telles and 18-year-old youngsters Amad Diallo and Facundo Pellistri. But Chris Smalling left the club for Roma in an £18m move while the long-anticipated push to sign Jadon Sancho failed to materialise.

Arsenal were able to sign Partey after triggering the £45m release clause in the midfielder's contract with Atletico Madrid.

Partey's arrival was accommodated by the departures of Lucas Torreira, who moved in the opposite direction by joining Atletico on loan, and Matteo Guendouzi to Hertha Berlin.

But while Torreira and Guendouzi were moved on, there were fewer than forecast departures from the Emirates.

Sead Kolasinac's potential move to Bayer Leverkusen collapsed, while Mesut Ozil, who hasn't played a minute of first-team football since March, Sokratis and Shkodran Mustafi all remain at the club.

Everton were among the busiest clubs, signing defender Ben Godfrey from Norwich for a fee of £20m and goalkeeper Robin Olsen but permitting Theo Walcott to rejoin Southampton on loan.

Ryan Sessegnon departed Tottenham on a loan deal to Hoffenheim, while Spurs are expected to follow-up interest in Swansea defender Joe Rodon - that deal could still be completed as the domestic window remains open until October 16.

Leeds United signed Rennes winger Raphinha, with the 23-year-old Brazilian becoming the club's 12th signing since their promotion to the Premier League.

Having already made big-money acquisitions of Thiago and Jota, Premier League champions Liverpool were quiet while Barcelona had a late bid for Eric Garcia rejected by Manchester City.

Elsewhere, Chelsea trimmed their squad despite Fikayo Tomori rejecting a switch to West Ham and one of the day's most poignant announcements occurred when the Hammers announced the cancellation of Jack Wilshere following two injured-plagued seasons at the club.

Tomori had been on the verge of moving from Chelsea to West Ham on loan before u-turning on the proposal ten minutes before the window shut. But Ruben Loftus-Cheek has left Chelsea for Fulham on a short-term deal, with confirmation of the deal arriving in the early hours of Tuesday morning.

"I think Thomas Partey a top drawer player. I nearly fell off my chair with £45m, I don't think that's a lot of money at all for the quality of player.

"In terms of winners, Arsenal are up there. When you look at what Arsenal have done, one of the biggest signings was getting Pierre-Emerick Aubameyang to agree that new long-term contract. Willian came in on a free, Gabriel Magalhaes has started off so well in his Arsenal career, and now this evening, the one they wanted - Thomas Partey. This could potentially be a very good season for Arsenal."