Deal includes option to buy for around £36m; Vinicius expected to operate as back-up to Harry Kane Tottenham have signed Brazilian striker Carlos Vinicius on a season-long loan from Benfica, with an option to buy him for around £36m.

Vinicius joined Benfica from Napoli for £15m last summer and is expected to serve as a back-up to Harry Kane.

The 25-year-old scored 24 goals in all competitions last season and was linked with a host of Europe's biggest clubs - including Juventus and Inter Milan.

Vinicius previously had loan spells with Monaco and Portuguese side Rio Ave last season before his move to Benfica.

He featured five times in the Champions League for them, scoring in a 2-2 draw at RB Leipzig, and helped Benfica win the Portuguese Super Cup. 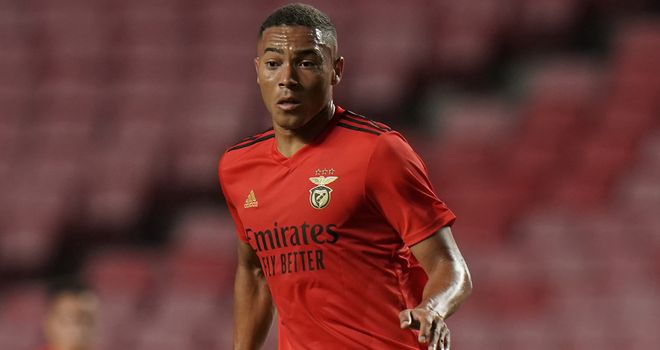