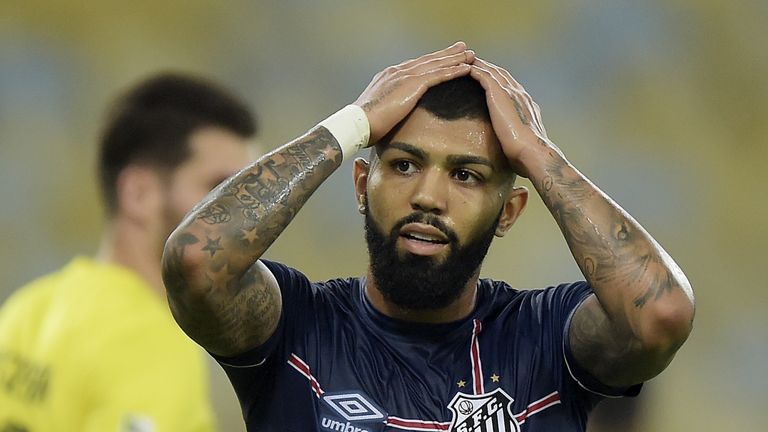 The 22-year-old returns to his homeland after his loan spell back at youth club Santos in 2018, during which he collected 18 goals in 35 appearances.

According to Sky in Italy, West Ham were interested in bringing Gabigol to east London earlier this month but the Brazilian's bid to obtain a work permit proved to be a stumbling block.

The move was confirmed by the player on his own Twitter account, as he posted a video of himself playing video games as Flamengo, scoring a goal and celebrating.

"Hello everyone, I'm Gabriel. I already have the Flamengo shirt on, I'm part of the group. Let's be united," he said.

Gabigol was signed by Inter in 2016 for a £32m fee following his exploits at the summer Olympic Games where his Brazilian team won gold in Rio.